BTS continues to take over! The South Korean boy band performed the world TV premiere of their new single, “Fake Love,” at the 2018 Billboard Music Awards on Sunday, May 20.

Jin, Suga, J-Hope, RM, Jimin, V and Jungkook took the stage at the MGM Grand Garden Arena in Las Vegas to debut the track from their recently released album, Love Yourself: Tear. The megastars’ heavily choreographed routine was met with roaring cheers from the audience members, many of whom bounced along to the upbeat tune and repeatedly chanted “fake love” during the chorus.

BTS are no strangers to the BBMAs. They won Top Social Artist at the 2017 ceremony and are nominated again in the fan-voted category this year, facing off against Justin Bieber, Ariana Grande, Shawn Mendes and Demi Lovato. 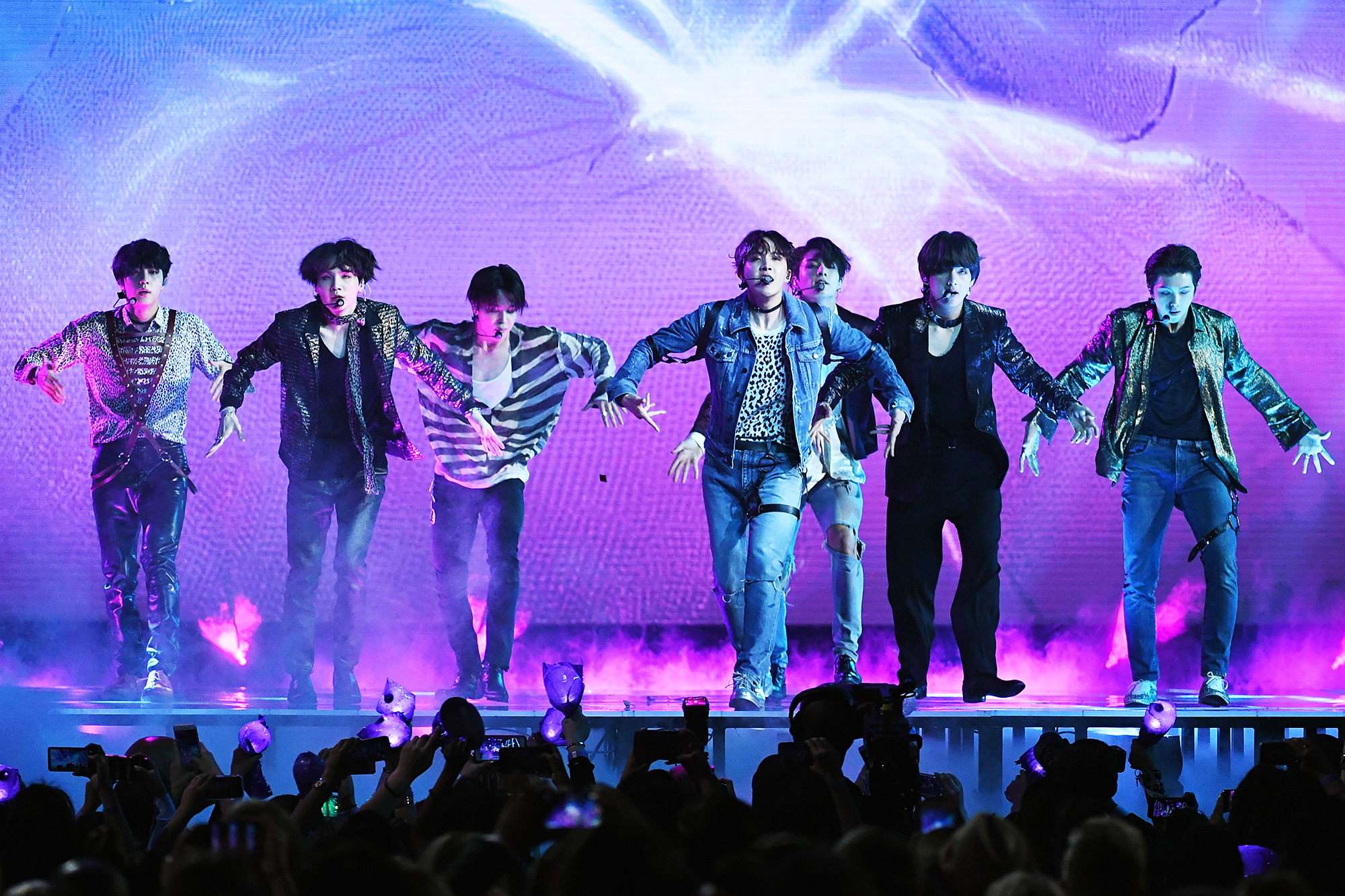 BTS are set to kick off their recently announced Love Yourself world tour with two shows at the Seoul Olympic Stadium in South Korea on August 25 and 26. They will then travel across North America and Europe, with stops in cities including Los Angeles, New York City and London, before the trek concludes with back-to-back concerts at AccorHotels Arena in Paris on October 19 and 20.