Busy Philipps: There's Plenty of Space for Another Woman in Late Night

Busy Philipps is joining Samantha Bee as one of the only female hosts on late-night TV.

While walking the red carpet at NBCUniversal Upfront 2018, the actress talked about her new show, Busy Tonight, and joining the male-dominated late-night scene.

“It’s entertainment. It’s my perspective on things,” she told E! News’ Giuliana Rancic about her new show on E!. “I am so excited to bring this show to E!. I think there’s, you know, plenty of space for another female voice in late-night, and I’m so happy that E! is so supportive of female talent.”

Not only will the show consist of Philipps interviewing her celebrity pals—Michelle Williams has already expressed interest in being her first guest—but it will also bring viewers inside Philipps’ world.

“I think we’re going to be into my world a little bit, yeah,” she said. “And we’ll be taking some of my celebrity friends and some celebrities into my world, too and filming that and bringing that to you. So, there’s a lot coming at you on Busy Tonight.” 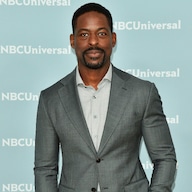 While Philipps already shares many aspects of her personal life on social media, she admitted that certain aspects of her family life will be off-limits for the show. Philipps said her husband and their kids, Birdie and Cricket, help set these boundaries.

“My husband and I discuss things about when I post about our children and my kids actually have a voice in that, too,” she said. “My little one is a little too little so we kind of make the decision for her, but my older daughter definitely has a voice. Like, ‘Do not post that picture, Mom.’ She’s 9 going on 19. She’s a real trip.”

(E! is part of NBCUniversal).