Can YOU spot the rabbit hiding among the cats?

Can YOU spot the rabbit hiding among the cats? Hit cartoonist returns with his latest seek-and-find puzzle – and it’s left the internet stumped

Internet artist Gergely Dudas has returned with his latest viral puzzle – and its already left fans scratching their heads.

The cartoonist, better known as Dudolf, hid a single rabbit somewhere in a group of cats and challenged players to find it.

The brainteaser was shared on Facebook on Tuesday and has since attracted comments from hundreds followers who were left stumped by its difficulty.

Scroll down for the solution 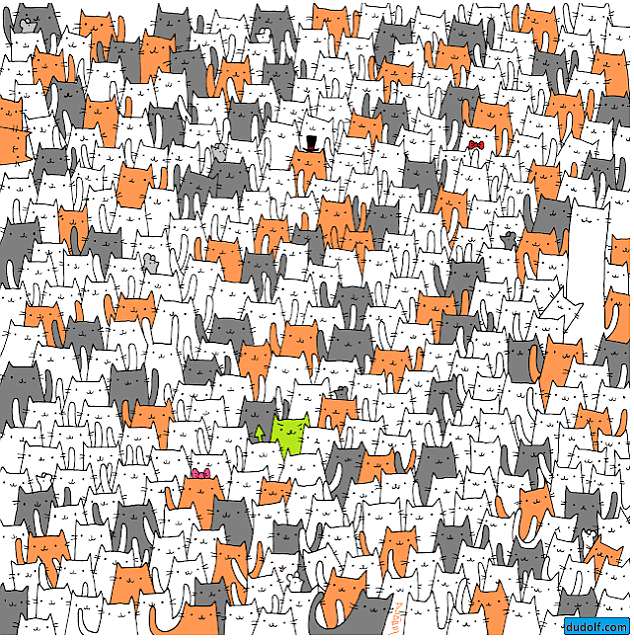 There is a single rabbit hiding somewhere in this group of cute cats – but can you spot it?

One posted: ‘This time it was difficult for me to find it.’ Another agreed: ‘Looked for several minutes before saying “where the f*** is it?” and boom I found it.’

Eagle-eyed players would have found the white rabbit tucked between grey and white cats on the left-hand side of the image. 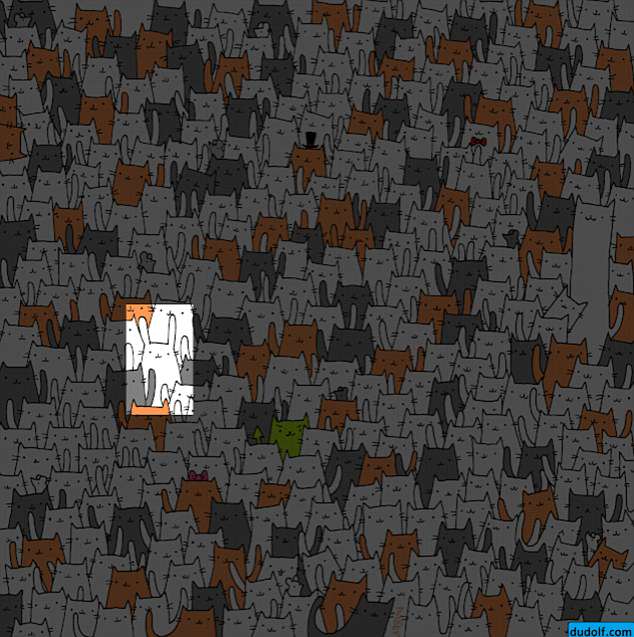 Dudolf also hid a handful of mice in the puzzle as an extra treat for fans.

Many fans commented that the brainteaser wasn’t as tricky as his last creation, which asked people to find a frog in a jungle.

The busy scene features a mass of jungle plants in various shades of green and purple, making it extremely tricky to spot the amphibian lurking in their midst.

Many have described the puzzle as Dudolf’s ‘hardest yet’ in comments on Facebook, admitting it took them up to ten minutes to find the frog. 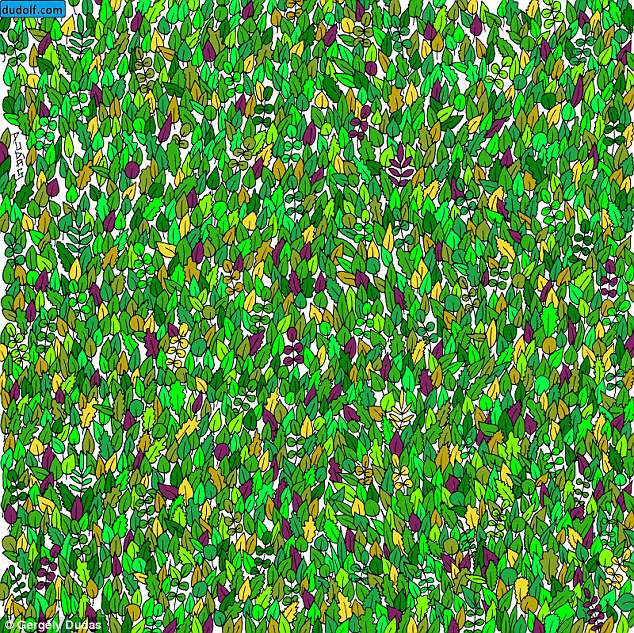 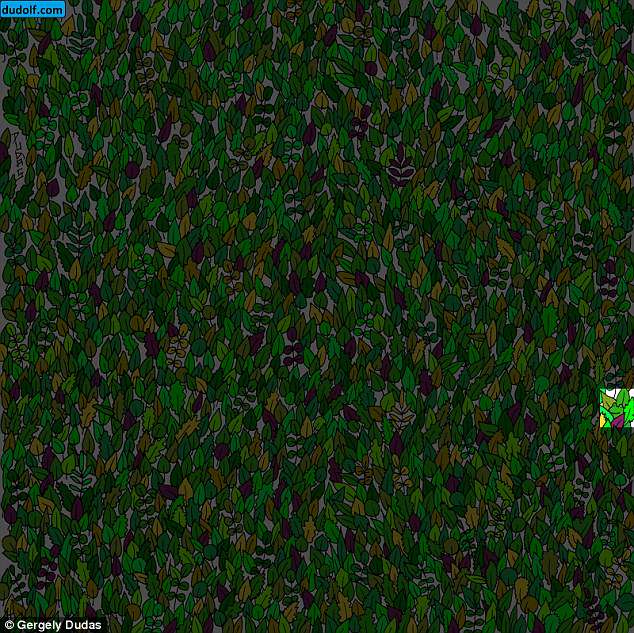 The Hungarian cartoonist is behind some of the internet’s best-loved visual puzzles.

In May he challenged users to spot a single lollipop among dozens of ice creams.

With a sea of the frozen treats, all in very similar shades, it is almost impossible to spot the lolly.

Players should be able to spot the smiling lollipop towards the top right hand corner of the picture.

A number of people claimed they found the lollipop quickly but enjoyed the puzzle. 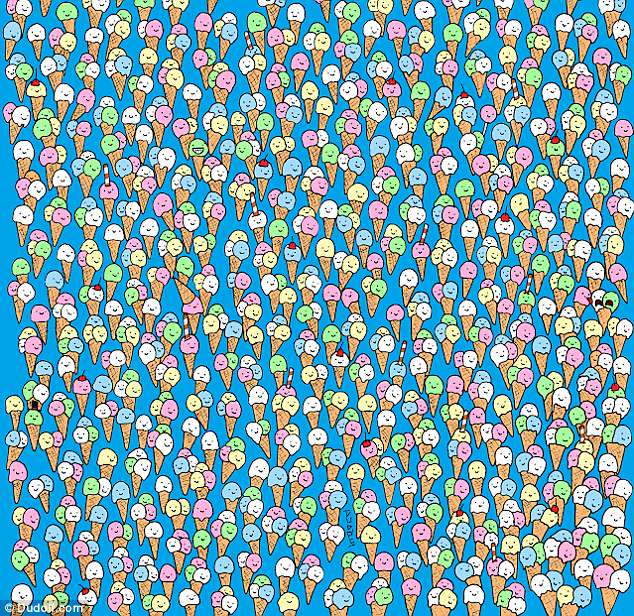 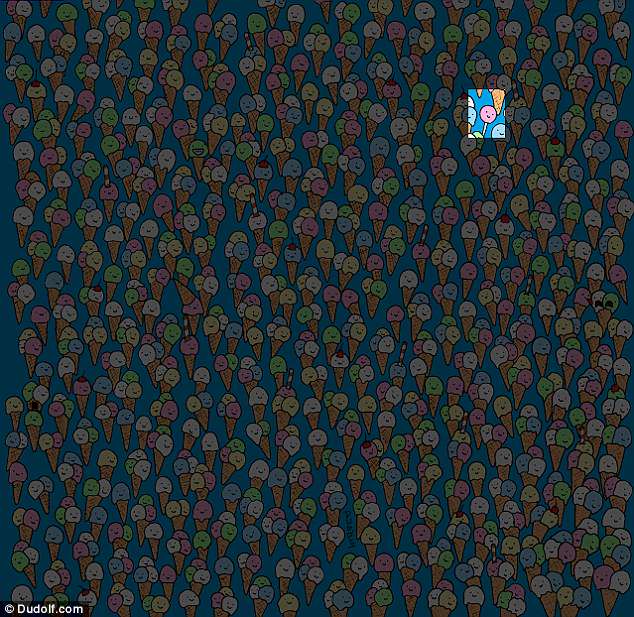 He also released a special Easter puzzle for fans.

Somewhere in this vibrant flower patch there is a single bee buzzing around for honey – but only the most eagle-eyed players will be able to pick it out.

Last year’s Easter offering, a single egg hidden in a busy garden, was challenging, but this one is undoubtedly more difficult.

For those looking for a clue, the yellow bee is flying between two blooms of the same colour. 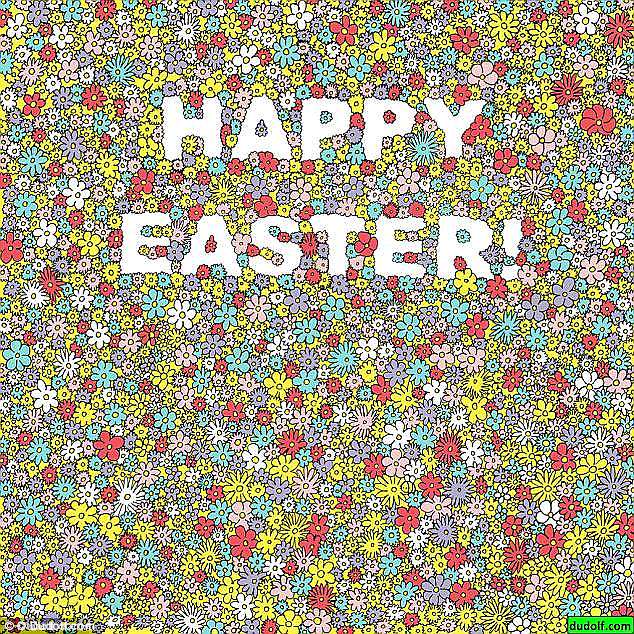 Bee-mused! Players have struggled to find the bee buzzing around this busy springtime scene 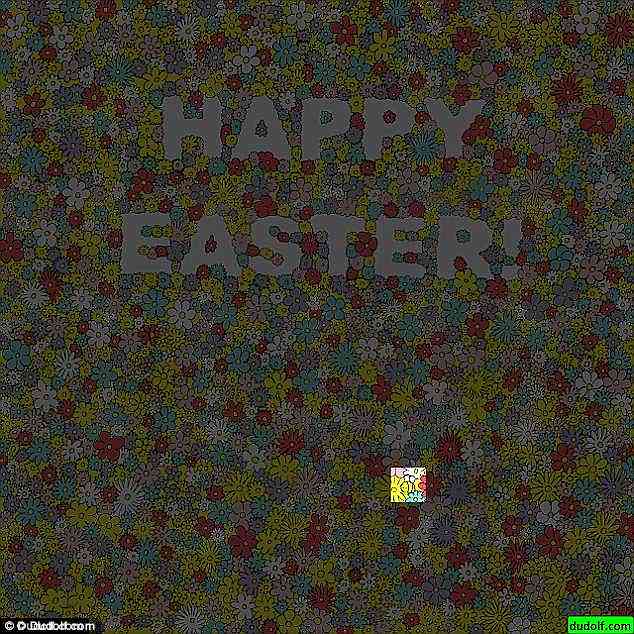 Spotted! Only the most eagle-eyed would have been able to pick out this tiny bee