‘I have now peacefully left you all’: Cancer sufferer announces her own death from beyond the grave on Instagram – after eight years of battling the illness

A cancer sufferer announced her own death from beyond the grave – on Instagram.

Terminally ill Emily Hayward, from Canterbury, Kent, prepared the message to go out to her 18,500 followers for when she passed.

The scheduled post read: ‘What’s going on guys? After 8 long years of kicking cancer in the a** my body got tired, I achieved everything I wanted to and more.

‘With all my loved ones around me I have now peacefully left you all. Thank you all for your love and support, but most of all thank you for always following my journey and believing in me. Love you all, peace Em x’ 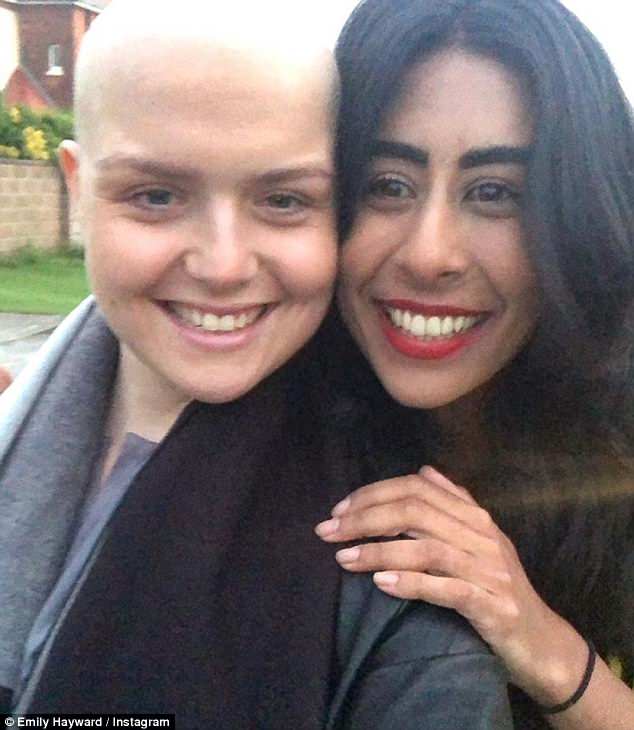 The 24-year-old won the hearts of thousands after she began vlogging about her cancer battle.

The personal trainer had been fighting the disease for eight years after a mole on her leg was found to be a malignant melanoma.

Her YouTube channel gained more than 50,000 subscribers as she chatted about the daily struggles of having cancer.

In March, she was told that the cancer had spread to her hip and brain.

The news led to her proposing to her partner of four years, Aisha Hasan, and the couple wed just a few weeks later in April. 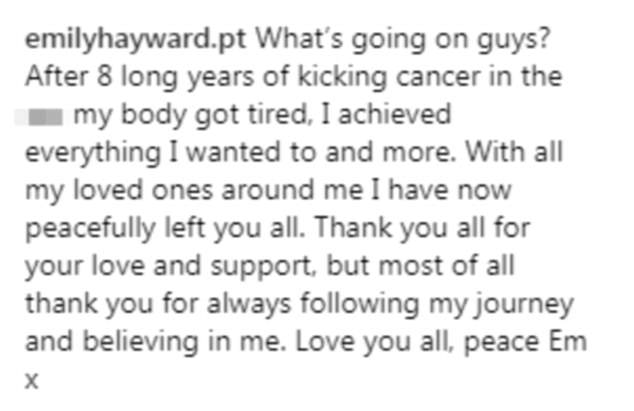 The 24-year-old had been battling cancer for eight years, and shared this touching post with her 18,000 strong following 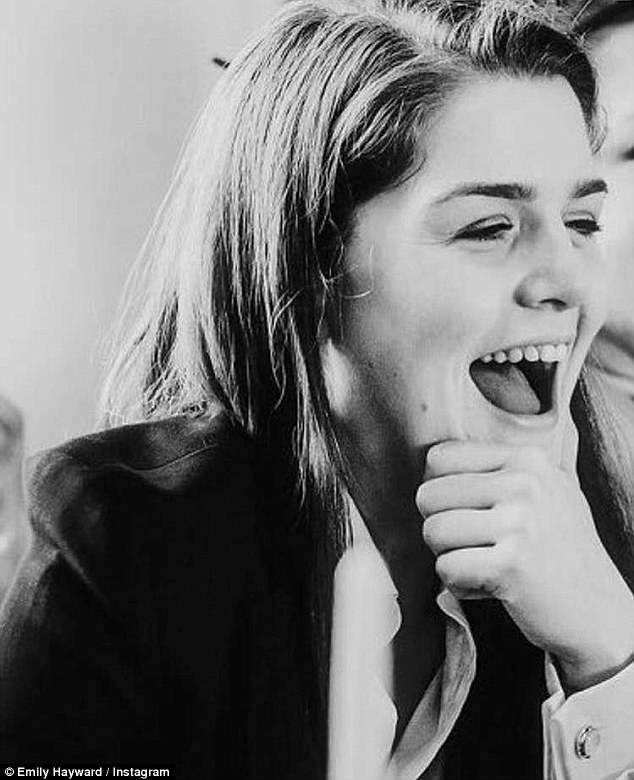 She accompanied the post with a portrait of her on her wedding day with Aisha commenting ‘I love you so much em, you are my soulmate’

Emily posted her goodbye message on Instagram alongside a photograph of herself on her wedding day at 5pm on Tuesday (June 26th).

Underneath it, Aisha, 26, wrote: ‘I love you so much em, you are my soulmate, you are everything I ever wanted, you may not be here but you will be in my heart forever so proud of you beautiful I love you.’

Her health problems began when surgeons removed a cancerous mole on her leg, followed by more extensive surgery at London’s Royal Marsden Hospital. 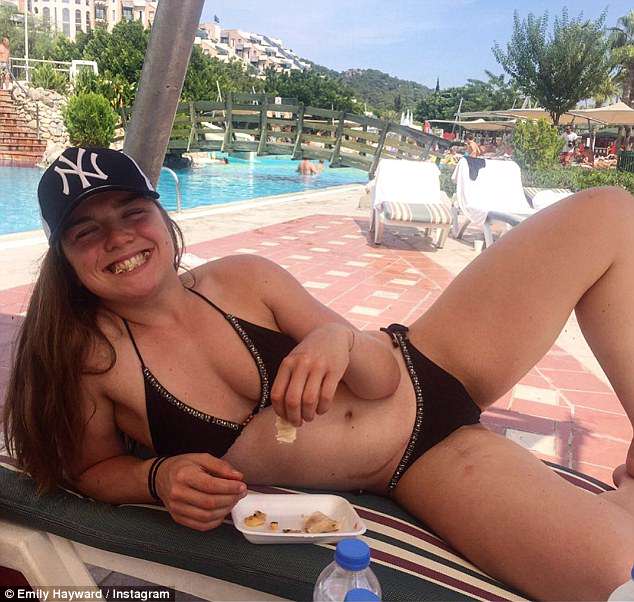 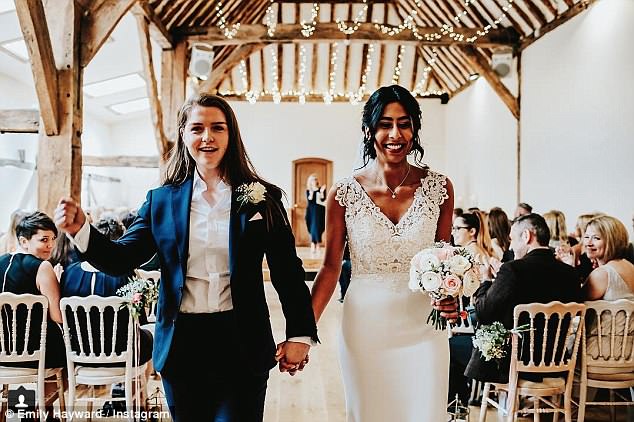 In March, she was told that the cancer had spread to her hip and brain leading her to propose to Aisha and the pair married in April

She enjoyed two years in the clear, but in 2013 a scan showed the disease had moved to the lymph nodes in her groin.

Emily told the Kentish Gazette in November: ‘I was a personal trainer at the time but I had to quit my job because of the further surgery.

‘I guess it was the worst part of my journey.

‘They took out the nodes and after that I felt so well for another two years and thought I had beaten it.

‘But I also knew there was a chance the cancer would return and a scan in 2015 revealed it had, this time in my liver, lung and my brain. 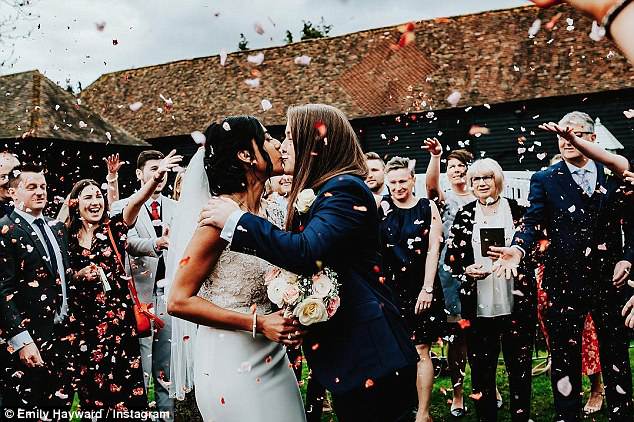 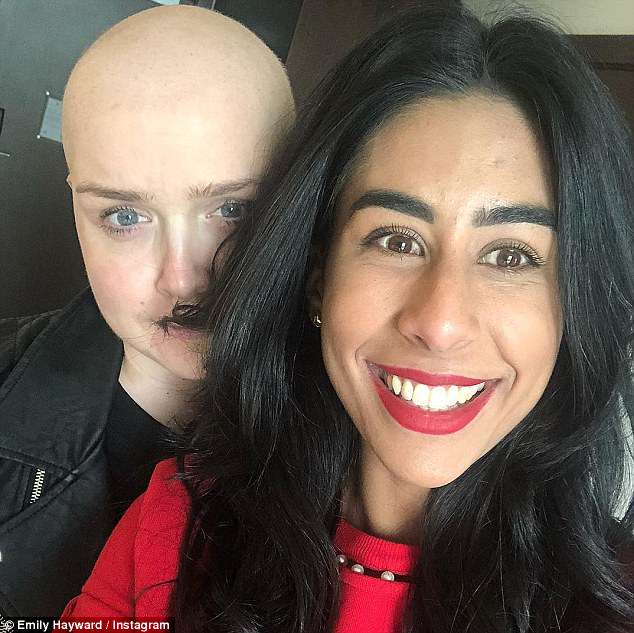 Emily was also featured in Channel 4’s Stand Up To Cancer series, and said sharing her story had helped allay her worries about the future

‘But one of the worst results of that was having to give up my driving licence, which I hated.’

After becoming more unwell, she and Aisha moved to Bromley to be closer to the Royal Marsden Hospital, where she received treatment.

Emily said of her skin cancer: ‘I don’t know how I got it. I’m not into sunbathing or sunbeds.

‘I’m a massive tomboy and I guess I was just unlucky. But the last few years have been really tough and I’m not through it yet.’

She was also featured in Channel 4’s Stand Up To Cancer series, and said sharing her story had helped allay her worries about the future.

She said: ‘I have been told the Channel 4 screening about my vlogging has touched a lot of people.

‘I just want to let people know what it’s like to fight cancer and how I deal with it.’