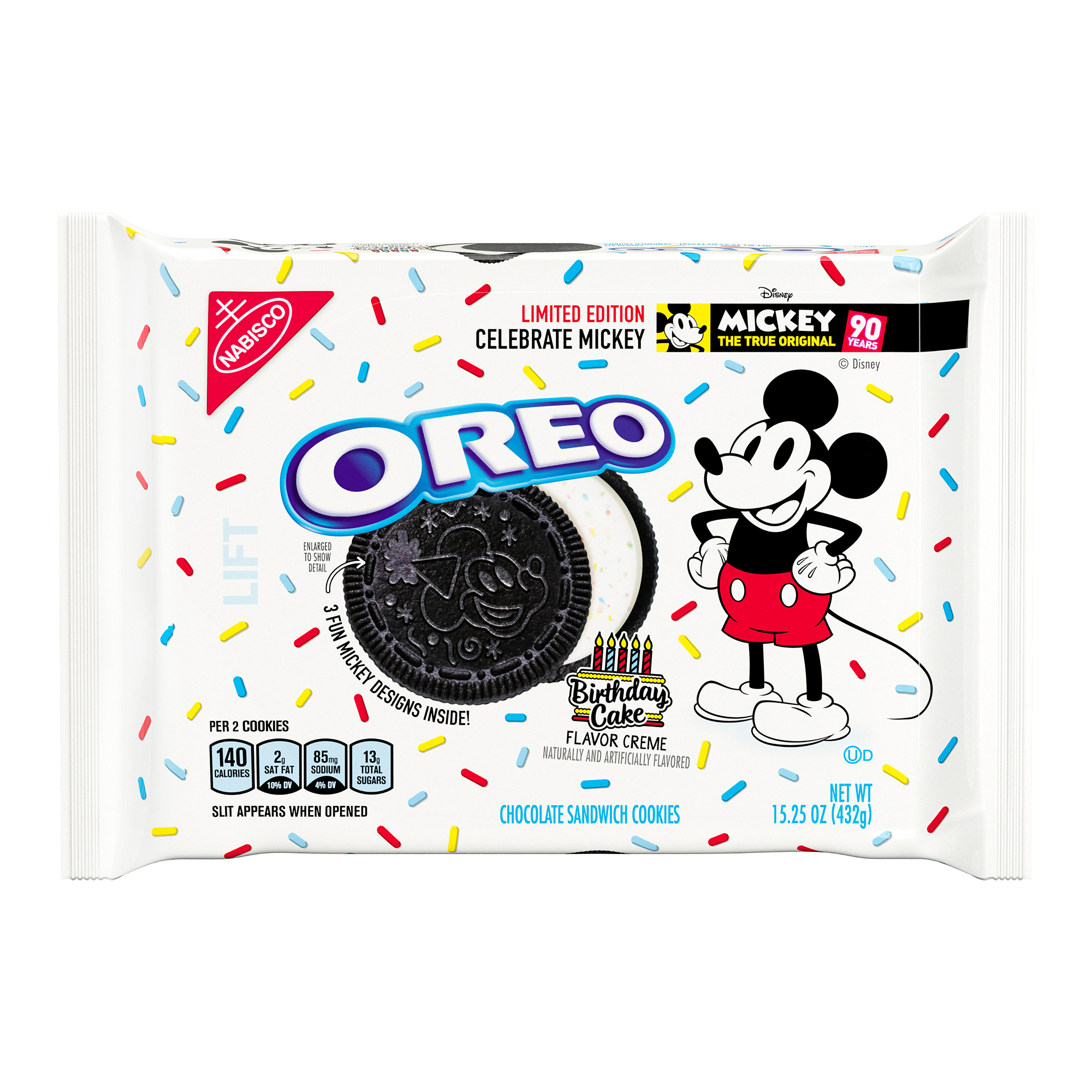 Disney is pulling out all the stops for Mickey Mouse’s upcoming birthday! The movie company’s most identifiable character turns 90 on November 18 – it was on that date in 1928 that Mickey appeared in Steamboat Willie, his first animated short – and the celebrations have already begun.

To help usher in Mickey’s big day, Disney teamed up with Oreo to release a limited-edition cookie. The chocolate wafer treat is stuffed with birthday cake-flavored filling, naturally, and the Oreos themselves feature one of three Mickey Mouse-themed designs.

To mark the anniversary of Mickey’s “birth,” the cookies are either marked with a party horn, a big “90” in honor of this major milestone, or Mickey Mouse himself.

Per a press release, the Mickey Mouse Oreos will be available nationwide starting Monday, September 24, while supplies last.

For non-Oreo fans, there are plenty of other ways to celebrate the famous mouse’s birthday. In August Disney teamed up with candy boutique Sugarfina to release the Mickey Mouse 90th anniversary collection, and also that month, Brooklyn-based ice cream company Ample Hills debuted three Mickey-related flavors with Disney’s blessing.

What’s more? The House of Mouse also has plans to open an interactive art exhibit in New York City in November, which will feature numerous Mickey-centric multimedia installations, including murals, sculptures and paintings. The exhibit will run from November 8, 2018 to February 10, 2019.