‘Champ Vs. Stars’: Louise Hazel Dishes On Her Epic Return & Why Athletes Struggle On ‘The Challenge’

Louise Hazel is giving MTV’s ‘The Challenge’ a second go on this season of ‘Champs vs. Stars,’ and she’s giving the show veterans a run for their money! She reveals her secrets and much more in this EXCLUSIVE interview!

For the first time, this season of Champs vs. Stars has shown the Stars getting down and dirty in the politicking and social game needed for The Challenge, and it’s completely caught the Champs off-guard. The Stars’ alliance has been led by Olympian Louise Hazel, who competed on Champs vs. Pros in 2017, and learned firsthand how to really play the game on the Champs’ level. “I knew this time around how the game was played and how political it was,” Louise tells HollywoodLife EXCLUSIVELY. “I kind of caught on very quickly.”

On both previous seasons of Champs vs. Pros and Champs vs. Stars, the Champs have come out on top, even against various professional athletes who’ve competed in the Olympics, NFL and more. This begs a pretty fair question: How the hell are MTV reality stars beating out people who literally compete for a living? “I think professional athletes have this idea that the Challenge is going to be like an Olympic final — it’s going to be the best person at that event wins,” Louise explains. “They don’t calculate for the politicking, so that is something they have to start adapting to. They have to get used to that early on, otherwise they’ll be on their back the whole way through. And then, the second thing, is that you just cannot train for a Slip n Slide. There are certain games where it’s just like…it doesn’t matter if you’re an Olympian or basketball all-star. It really doesn’t matter.”

Check out the rest of our interview with Louise here!

Why did you decide to return to ‘The Challenge’? The first time around I was lined up with a whole heap of professional athletes, so I was very much in my element, and we ended up getting to, I think, the Semifinals. I was like, ok, that was a nice introduction, but as with every athlete, going home with no medal is not satisfying. So when they asked me again I’m like…yeah, I’m down, and I’m going to win it. The worst thing about it is it’s insanely addictive. I remember admitting to the guys, like CT [Tamburello] and Wes [Bergmann], I was like…I totally get it now. It’s super addictive. It’s also a safe place in which you can be competitive and get into that part of your personality.

This season of ‘Champs vs. Stars’ has more drama than any other — why is that? I don’t think anybody was expecting this level of drama! The Champs especially. They said quite early that thais was a holiday for them. The main show shoots over a period of 10-12 weeks with no phones, they have to share bedrooms. This one, they’re just chillin’. So I was like…oh, ok, this is a walk in the park? Let’s see how you guys fare when we actually start playing! They were kind of shocked when things evidently started to crumble and not go their way. I think the first time we see that was with my relationship with Wes, and me not giving into his demands of wanting to partner up and make that commitment. He says on TV — he’s pissed. Normally, he gets his own way. You gotta play them at their own game.

Your alliance is with the other Stars on the show, but you’re also close with Wes. Did you help each other in the game and were others weary of that? I think it’s safe to say that Wes and I are on the same team and it poses a bit of a threat to the Stars. He knows how to play the game and I obviously know how to play the game now, so everyone else is a little bit…almost a little nervous. So within the Stars, there has to be a lot of trust between us. Anyone can form an alliance with any one of the Champs and our whole strategy falls down. So it’s very important, in this particular series, that no one jumps ship too early and we take it as far as we can go. I guess there is probably more questions about how I’m going to play it more so than anyone else.

Off the show, you’re super into fitness. Tell us about that and your training platform. After the Olympics, I launched my fitness company in 2013, and this is my latest iteration of my training resources — PDFs and guides, nutritional guides — which are on the site. This is my second iteration of video on demand. It’s called SLAY. It’s basically workouts that are inspired by my Olympic training, but not in the sense that you need to be an athlete to complete them. They’re inspired by the sense that…I take all the knowledge and science behind Olympic training and apply it to the every day person. So there are 12 plans in total, and each one is 30 days long. So there’s a year’s worth of training. The idea is all about progression. Each plan links to the next one, and they’re basically designed to get more and more challenging. One exercise goes in and another comes out. So, you might start a move that’s a very simple plank in the first training plan, but by the time you get to the 12th, you’re doing all kinds of different variations of planks.

Would you ever consider doing any other reality TV shows? I’d never say never! I was just in a conversation with “Booby” Gibson from teh show, who is taking part in Love & Hip-Hop. I was saying it’s very unusual for a former sports star to be on two reality shows,and he said, you know what…TV has really changed in the past 10 years. I think reality TV gets a really bad reputation. People think of it as trash TV, but I just feel like it’s only trash TV if you’re going on and behaving like trash. There are other ways to do it. So what we’re starting to see is more of a multitude of different personalities and role models emerging. So I would never say no to another reality show, I would just think long and hard about what it is, what I want to achieve, and what my message and reason for doing it is. 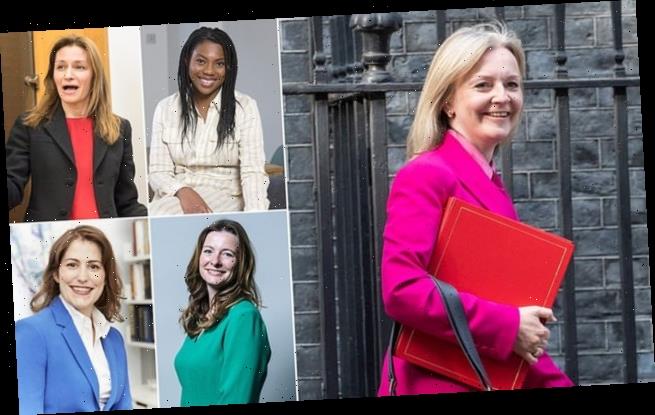