Too many arts board members lack the financial nous to keep struggling companies afloat – or recognise when they’ve sunk – according to a new report into not-for-profits.

The report, commissioned by the Australia Council from the Institute of Community Directors Australia, found that a quarter of not-for-profit arts and culture organisations admit they are struggling financially – more than in any other sector such as sport, health or education. 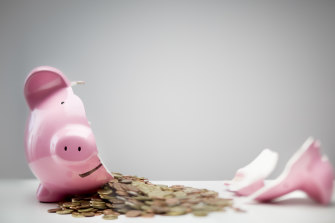 And almost half of the 153 senior arts leaders surveyed reported that just some, few or none of the board members had a sufficient understanding of the organisation’s finances.

“Every person on the board has a responsibility for the financial health of that organisation,” said Kathy Richardson, executive director of Our Community which runs the ICDA.

While “you don’t want a board full of accountants”, Richardson said, “It’s important that everyone is satisfied that the organisation is solvent.”

The numbers in the report come from a survey of 1878 leaders – CEOs and board chairs – in not-for-profit organisations conducted between February and March last year. The Australia Council asked the ICDA to pull out and analyse the responses from the arts and culture sector for the report released this week.

Kevin du Preez, director of capacity building at the Australia Council, said the report “confirms some of the things we know but also it highlighted some areas we need to work on”.

He said the number of arts organisations – 24 per cent of the smaller sample – who ticked the “we are struggling financially” box was worrying, though unsurprising.

“We all need to value the role of the arts more… to increase the funding and increase investment in arts organisations,” he said. “Over the last decade we’ve seen that slipping.

“Research like this is highlighting that it’s felt in these organisations, in the boardrooms… we have a responsibility to change that.”

While the Australia Council is the country’s leading arts funding body, du Preez said the amount of money it was able to commit to the arts was ultimately the responsibility of government – and his organisation was lobbying for greater investment.

Richardson said there were “some struggling arts organisations out there” and this was cause for concern.

“The arts sector is feeling very much under strain and under pressure,” she said.

The survey asked arts leaders what kept them awake at night.

“Funding” and “government” worries were their biggest sleep-killers – in particular funding cuts, a lack of government support, too much red tape and policy volatility.

The report also highlighted that almost a quarter of the boards had never formally reviewed their CEO – a much bigger number than similar organisations in different sectors.

“One of the main roles of a board in the not-for-profit sector is to oversee the CEO,” Richardson said. “What we see too often is a board recruits a great CEO but then takes their eye off the ball, and over time performance could lag.

“Where [an annual review] is not happening we would have concerns the board is not providing proper oversight.”

Du Preez said this could be a symptom of a bigger problem for the arts sector.

“Many CEOs are reporting burnout… more so over the last four years,” he said. If a stressed CEO was suffering from wellbeing and mental health issues, he said, it could be more difficult to impose a formal performance review.

The Australia Council is due to announce in March which arts organisations will be granted federal government funding as part of the promised $28 million over four years.