Any increase in wages in the childcare sector will have to be backed by extra government funding or parents will be slugged with higher fees, providers warn.

They say a union push for multi-employer bargaining, to be debated at next week’s jobs and skills summit, could deliver higher wages for childcare workers, but the cost to centres, as well as the diversity of providers and lack of employer groups, would make it difficult to implement. 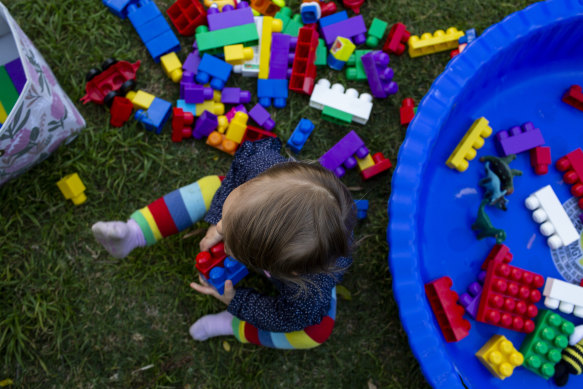 Workforce shortages in the childcare sector are now about twice as bad as before the coronavirus pandemic. Credit:Ryan Stuart

The Australian Council of Trade Unions wants changes to workplace laws to make it easier for multiple employers in a sector to reach a single enterprise bargaining agreement.

Workplace Relations Minister Tony Burke has said he is “very interested” in the idea, citing childcare as a sector that might benefit. Early Childhood Education Minister Anne Aly has also flagged that anything that could get wages moving should be discussed at the summit.

Early Learning & Care Council of Australia chief executive Elizabeth Death said all reasonable suggestions should be considered. But while she thought collective bargaining could be effective in raising wages, it was not a standalone solution to the sector’s woes.

“The problem is, without a financial contribution from government, early learning providers can only fund wage rises by increasing the fee they charge families. And we do not want to push fees up when families are already struggling with the cost of living,” she said.

Workforce shortages in the childcare sector are now about twice as bad as before the coronavirus pandemic. There are fears they will be exacerbated by increased demand for care when the government lifts subsidies next year unless low wages and poor conditions leading to burnout are addressed.

Helen Gibbons, the early education executive director of the United Workers Union, said the solution needed to recognise the sector involved thousands of employers across the country, all doing essentially the same thing.

In Victoria, 70 community-run centres have already banded together, working with their state’s peak body, the Community Child Care Association, and the union to reach a single agreement offering wages 16 to 25 per cent above the award. But the existing laws mean every centre then had to lodge the agreement separately with the Fair Work Commission.

Association executive director Julie Price said it had saved a lot of time for the volunteer committees and boards of the individual services – made up of parents mostly with no industrial relations expertise – and ultimately led to a better deal for educators. Those committees planned for the wage increases so were able to cover the extra costs through regular annual fee increases.

But Price acknowledged there wasn’t a peak body like hers in every jurisdiction to steer negotiations, and existing administrative hurdles were very high.

“We’ve got some big providers in our sector that do do enterprise agreements themselves, which is great … But there’s still [hundreds of] different employers across the country and only a small number of those are the major employers,” she said.

Union data shows 63 per cent of childcare workers are not covered by enterprise agreements.

“Childcare is a really good example of a sector where individual enterprise bargaining has been a failure, pretty much from the beginning,” she said.

But Prue Warrilow, national convenor of Australian Community Children’s Services representing not-for-profit community-owned services, said although it was a “lovely idea”, it would be very challenging to introduce.