There was outrage when it was rumoured that Mars would be drastically changing the shape of Maltesers from a spherical ball to a flat button.

Now it appears there was some truth to the claims as a leaked photo reveals Mars is set to launch a flattened version of the iconic malty chocolate treats.

However the new 166-calorie-a-bag Maltesers Buttons won’t be replacing the original spherical chocolates, as it is thought to be a new product in the Maltesers range. 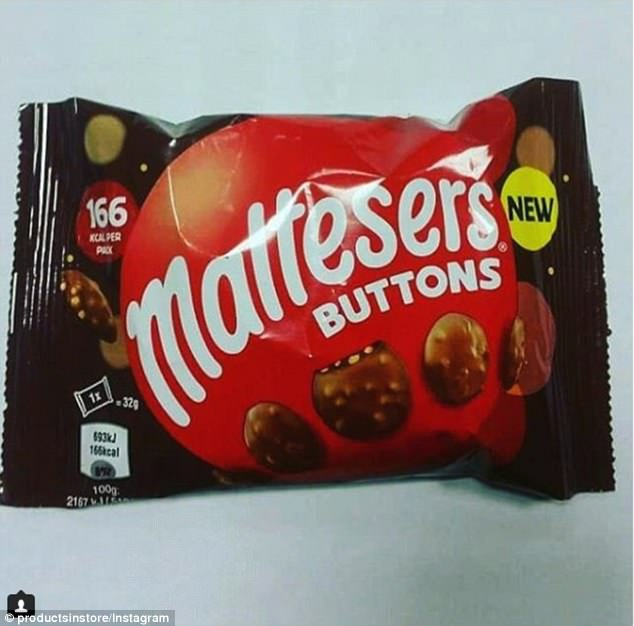 Is this the next Maltesers product? Mars is set to launch these flattened versions of the iconic spherical balls next week but they won’t replace original Maltesers

The soon-to-be-launched treats appear to be flattened balls of Mars chocolate with tiny malt pockets inside, according to a leaked photo of a packet posted on Instagram by the user productsinstore, which shares images of new or coveted treats.

They look similar in size and shape to Galaxy Minstrels, which are spheres of Galaxy chocolate in a hard brown sugar shell.

The packet labels the new treats as having 166 calories per 32g bag. A 27g bag of regular Maltesers has slightly more with 186 calories.

Mars has refused to confirm that the image is genuine – but it is due to launch new products at an event in London next week. 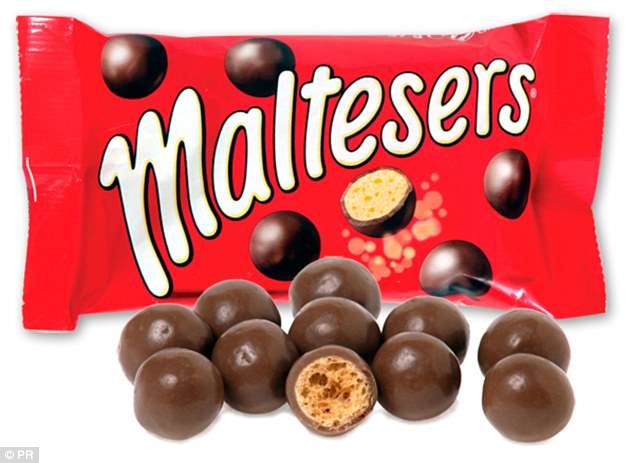 Regular Maltesers are spherical balls of chocolate with a malty centre

A Mars spokesperson said: ‘We are not planning to change the shape of the much-loved original Maltesers, however we are continually looking at ways to extend the brand, creating new ways for our customers to enjoy Maltesers.’

Rumours of flat Maltesers began circulating in March, when it was believed they could replace the spherical versions of the treats altogether.

The details of the changing shape of the malt chocolate sweets were leaked during preparations for an upcoming advert.

It is thought the new product is launching in a bid to boost flagging sales.

A source that was invited to audition for the new Maltesers advert told the Sun: ‘We were told the Maltesers we would be holding would be flat — like a Minstrel. We were not given the chocolate but it was described to us.

‘The part involved pretending to be a bunch of mates at work having a bit of banter while eating Maltesers.

‘We got on with it, but none of us thought flat Maltesers were a good idea. I imagine some people will be upset.’

In 2015, Maltesers were named the UK’s favourite chocolate, but last year Brits switched to healthier options and sales slumped by 7.6 per cent.