Chrissy Teigen says she could be canceled forever

Nothing can cancel the love Chrissy Teigen has for her family’s hamster.

The 35-year-old shared that Peanut Butter had been missing for three days when she heard “faint scratching” coming from a wall inside her home.

Once Teigen and friends determined the scratching was definitely the pet hamster, they tried to figure out how to save her — and of course, recorded the rescue with a 3-minute video uploaded to Instagram.

Teigen wrote “No idea the plan here,” over the video as, wearing nothing but a floral robe, she appeared to be cutting a hole high up on the wall using either a chisel or a screwdriver.

When that doesn’t work, Teigen suggests using a hammer to bang a hole into the wall — but her accomplice doesn’t seem to think it’s a good idea.

“I really wanted to,” new text over the video read. 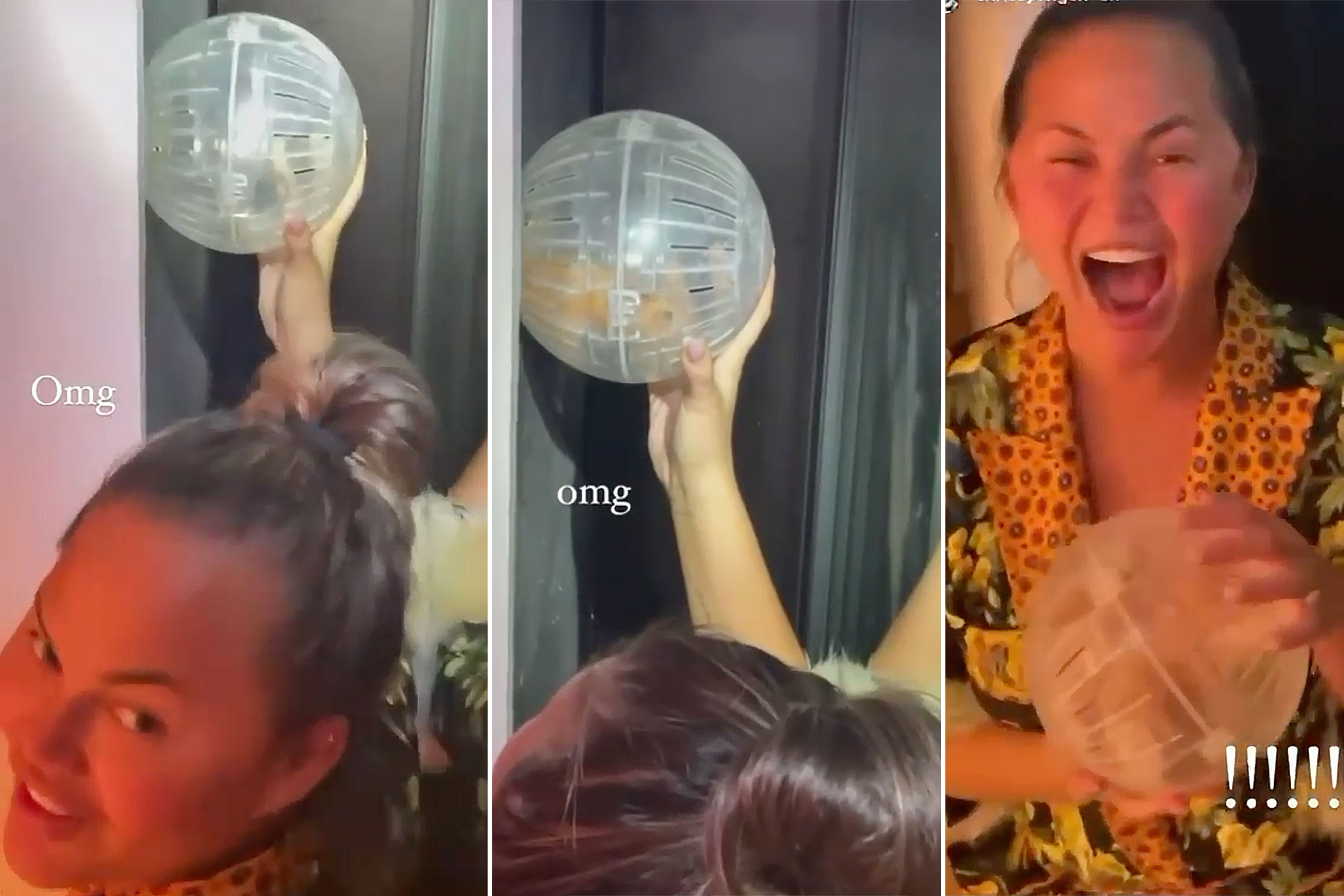 Finally, Teigen “chiseled” a small hole into the side of the wall from which Peanut Butter stuck his nose out. However, the hamster appeared to have grown used to his new living quarters and retreated back into the wall when Teigen attempted to grab him.

“Are you serious?” Teigen asked, defeated.

In a last-ditch effort, the cookbook author held up a large plastic exercise ball for the hamster to crawl into. Once the animal is safely inside the ball Teigen laughed and clutched the ball to her chest.

No word on how her husband John Legend feels about the hole in the wall of the $16.8 million dollar home they just sold.