New York City commuters just got the surprise of their lives! Christina Aguilera and Jimmy Fallon disguised themselves as anonymous subway buskers on Thursday, June 14, for a Tonight Show bit. The pop star wore a dirty blonde wig and a floppy hat, while Fallon — playing banjo accompaniment — hid under a long wig and a fake mustache.

As Xtina belted out Aretha Franklin‘s hit “Think,” she and the late-night host attracted a crowd of impressed subway riders, many of whom captured the performance on their cellphones.

Some of the spectators must have recognized the 37-year-old’s octave-spanning pipes, but it wasn’t until they were ready to segue into the next song that Fallon and the songstress revealed their true identities. “I’d like to introduce ourselves,” the 43-year-old comedian said, pulling off his wig. “My name is Jimmy Fallon, and this is Christina Aguilera.”

And that’s when the crowd went wild. 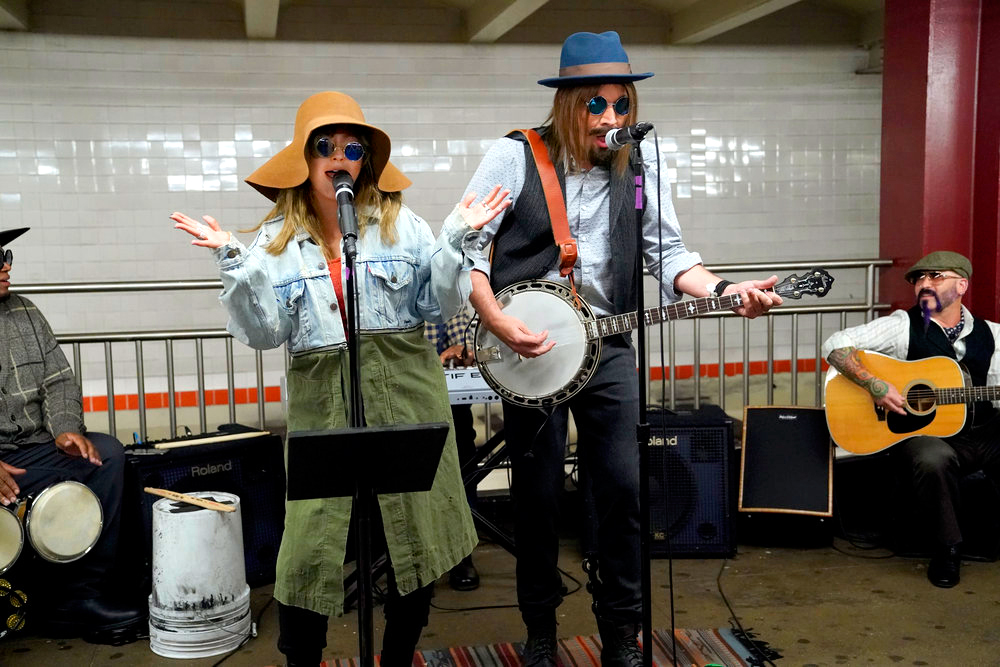 As the band played the first few power chords to the five-time Grammy winner’s song “Fighter,” Aguilera fanned herself. “It’s so hot in here,” she exclaimed. “Oh, my God!”

And as they performed a spirited rendition of her 2003 single, with Fallon on the cowbell, almost everyone had their phone out to record the surprise concert.

Aguilera is currently promoting her eighth studio album, Liberation, which she released on Friday, June 15. She previously dropped the singles “Acceleration” and “Fall in Line,” the latter of which she performed during her Tonight Show appearance on Thursday, sans duet partner Demi Lovato.

This isn’t the first time that Fallon has delivered an impromptu subway performance for his show. His previous busking partners include Miley Cyrus, U2, and Maroon 5.