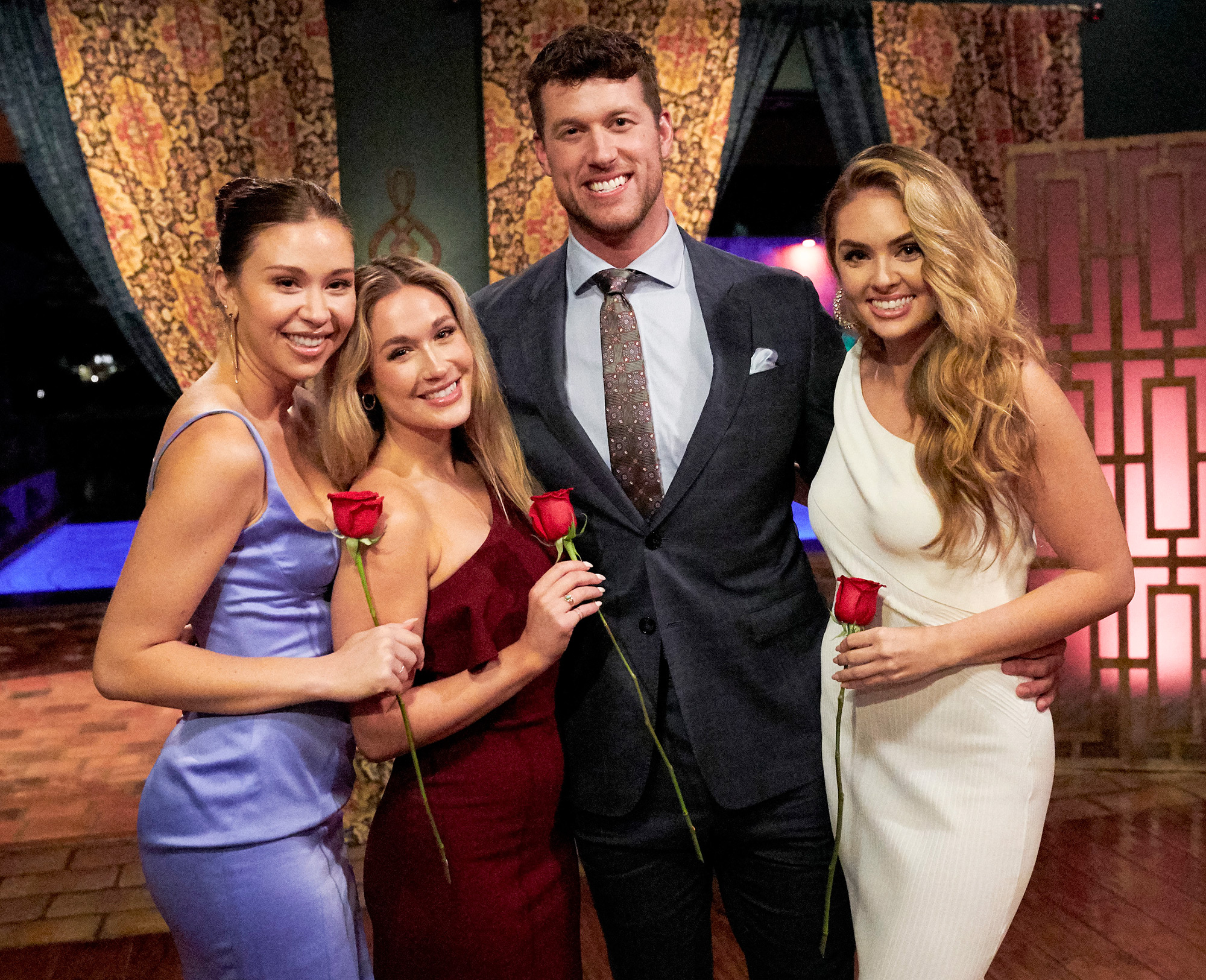 Awkward! Clayton Echard introduced Rachel Recchia and Gabby Windey to his family during part one of the season 26 Bachelor finale on Monday, March 14, but no one was expecting it to lead to a shocking realization.

Everything Clayton Echard Has Said About His ‘Bachelor’ Finale

The former football player convinced Rachel and Gabby to stay after dropping the bombshell at the rose ceremony that he had been “intimate” with both of them. The women broke down in tears and stormed off but ultimately accepted roses from the leading man after Gabby tried to leave.

Clayton later told his family about what happened with Susie Evans and how it impacted his relationships with Gabby and Rachel. Clayton’s dad told him that he messed up, while his mom couldn’t get past the fact that the women left might just be consolation prizes.

Clayton first introduced his family to Gabby, who tried to prove that she was still invested in her connection with him despite trying to leave during the rose ceremony. She emphasized that she wanted to be there and didn’t think any less of Clayton because of the drama. His family thought they looked natural together, and Gabby gushed over making the right decision to stay. She added that she was more ready than ever to be with Clayton.

Clayton Echard and Susie Evans: A Timeline of Their Relationship

Rachel then met the Echards, raving that Clayton was perfect for her and she would accept a proposal from him. His family appreciated that Rachel didn’t try to leave when things got tough and that she was confident in their relationship.

However, even after both women met his loved ones, Clayton revealed that he could not choose between them if he had to. He ultimately confessed to his family that his heart was with Susie. As his family tried to convince him that Susie was done with him, Clayton insisted that he was the one who gave up on them. Jesse Palmer then informed him that Susie was still in Iceland so he could talk to her.

The rose ceremony drama came after Clayton sent home Susie during the dinner portion of their fantasy suite date, which aired on Tuesday, March 8. The two got in an argument after he revealed that he had slept with Rachel and Gabby and told them he was falling in love with them. Susie considered both deal-breakers, and she was not willing to compromise on her beliefs, even after Clayton told her he was the most in love with her.

Clayton divulged after the fantasy suites episode aired that all of his finalists told him to “explore” his relationships fully.

“I looked at it, like, if these women will stick around and watch me kiss other women in front of them — which that would never be acceptable in the real world — then these real-world boundaries are kind of set aside and there’s a new playing field in this environment,” he said during the Thursday, March 10, episode of Kaitlyn Bristowe’s “Off the Vine” podcast. “If you’re going to date 30 women, you owe it to them to compartmentalize the relationships and be with only them and think only about them when you’re with them. And then when you go to the next woman, you give your all to them as well.”

Clayton Echard, His Exes Reveal Who They Want as Bachelorette

Clayton exclusively told Us Weekly at the Women Tell All taping that he was “petrified” by how things played out at the end of his season. “I went in there hoping that I could make it as seamless as possible,” he shared. “And I think, honestly, it was the closest thing to a trainwreck.”

While the reality star admitted that he felt “terrible” about the “mess,” he insisted that he tried his best. “I took the actions that I took thinking that they were the right actions to take at that time,” he added. “I since found out that, looking back at it, I should have asked more questions and made sure that all the women were on the same page.”

As for the ending, Clayton teased during his “Off the Vine” appearance: “Nobody has the slightest clue of what’s going to happen. Again, I’m online a lot and I’ll just say that I haven’t even seen one person get it right. That’s the way I’ll tease it. Everyone’s making these judgments, and no one was even close to correctly pinning what happened. I would just tell people to reserve judgment until they see the full story and then I think people will understand why I’ve done everything that I’ve done.”