It’s a funny old world, but comedy’s no laughing matter when every joke causes someone offence, laments CRAIG BROWN 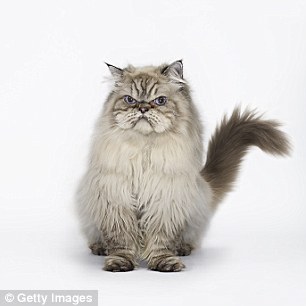 Comedy seems to be taking a hit when any joke has the ability to upset anyone. (Stock photo)

Sir: As a member of the physically impaired community, I was deeply offended by a joke that fell out of my party cracker yesterday, namely:

‘What do you call a lady with one leg?’

For years, we have campaigned for physical disabilities to be taken seriously. This sort of cheap crack sends our struggle back a hundred years.

May I join the calls for the toughest action to be taken against all those who repeat this type of offensive so-called ‘joke’.

Sir: As a two-legged man who is also a leading member of ToT (Thinning on Top), I write to express my solidarity with Ms Sue Sensitive. I echo her demands for immediate action against the cracker-makers in question.

Last year, I heard the following revolting exchange. The only reason I repeat it is to share my sense of outrage.

‘Doctor, doctor! My hair keeps falling out! Can you give me something to keep it in?’

‘How about this paper bag?’

Not only is the doctor’s comment grossly insulting to those of us who are, through no fault of our own, afflicted with impermanent or flyaway hair. It is also fragrantly baldist, and will do nothing to calm the fears of the worldwide ToT community.

I hereby join millions of others in calling for the doctor in question to be hauled before the General Medical Council for a fair trial and then banned for life from pursuing a career in medicine. Baldism in our country must be stamped out at all costs.

Sir: As a leading hedgehog, you can imagine my horror and disgust upon overhearing the following ‘joke’ relayed in a public place.

‘Why did the hedgehog cross the road?’

Over the years, I have witnessed many close friends and colleagues in the hedgehog community crushed by cars and lorries. In 2016, I became a founder member of HAT (Hedgehogs Against Traffic).

We will not rest until all traffic has been banned from our roads, allowing hedgehogs and other four-footed prickly mammals to enjoy lives free from fear. Needless to say, vile comments do nothing to help us in our campaign for justice.

Sir: As one of the most prominent gulls on the North-West coast, may I say how distressed I was that your previous correspondent made no mention of recent grossly offensive remarks against the bird community?

Like most gulls, I am known for my great sense of humour. I can often be heard screeching with laughter at the antics of my fellow gulls, as they wittily snatch chips from holidaymakers, tease old folk by swooping down on them, or drop their ‘doings’ on people’s heads!

All these are good-natured japes. But surely, in this day and age, it defies belief that anyone could find a callous remark about the violent death of a bird in any way ‘amusing’? Sadly, this is just one example among many:

‘What happens when a bird flies into a fan?’

I hereby call on the Prime Minister to stamp out birdist and gullist prejudice by enrolling those who continue to propagate these vile jokes on a course of re-education within the wider bird community.

Sir: As a leading custard manufacturer with more than 30 years in the business, I write to express my horror at the following vile, sneering insult to my craft: 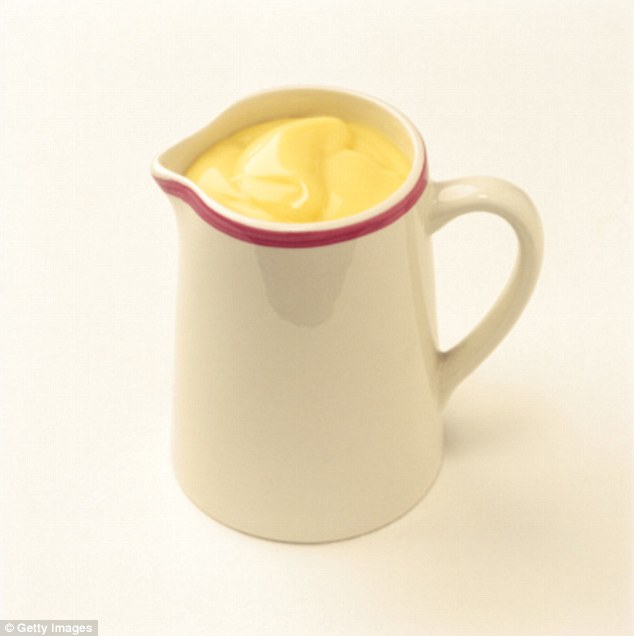 Geoffrey Birdseye is not happy with any custard jokes. He writes: ‘At a difficult time for the custard industry, it is nothing short of disgraceful that such jokes are permitted. Something must be done. (Stock photo)

At a difficult time for the custard industry, it is nothing short of disgraceful that such jokes are permitted. Something must be done!

Sir: If things are bad for the custard industry, then how do you think we sharks feel? For as long as I can remember, we have been subject to a long-standing campaign of odious jokes, many of which insinuate — wholly erroneously — that we swim in custard. Meanwhile, no mention is made of our outstanding contribution to the world of culture and the arts.

Statement from Theresa May, Prime Minister

I agree. I have asked everyone who has ever cracked a joke of any sort to apologise immediately for the hurt caused.