A mother has slammed popular McDonald’s for not cutting up the grapes in its Happy Meal Bags aimed at children.

The concerned parent took to Mumsnet to question why the fruit, which she describes as a choking hazard, is not sliced up before being packaged.

And while some users agreed with her, others accused her of being unreasonable, suggesting she cut them up herself.

In a statement to MailOnline, McDonald’s explained that the shelf life of the grapes was greatly reduced when sliced and the bags all included a safety warning. 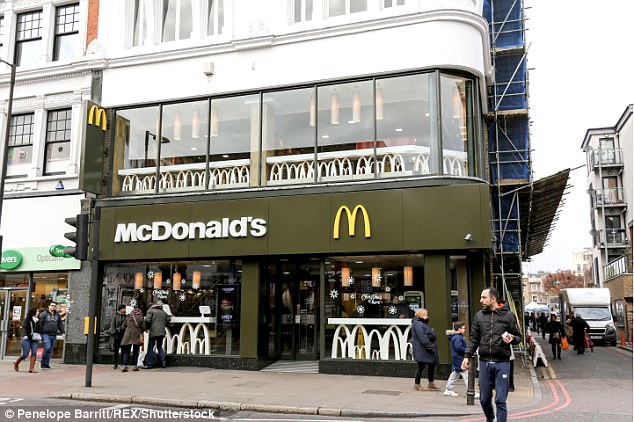 Kicking off the lively thread, the mother known as vandrew4 wrote: ‘Got the DC (dear child) a happy meal at the weekend and got a bag of fruit with it. I was genuinely shocked that the grapes weren’t cut up.

‘Surely a meal specifically for children should have the grapes cut up?’ she added.

‘Am I being unreasonable to send an email asking why the hell they have such a well known chocking risk being sold to thousands of small children?’.

And some parents agreed, with one writing: ‘I agree, I think the grapes should be cut’. 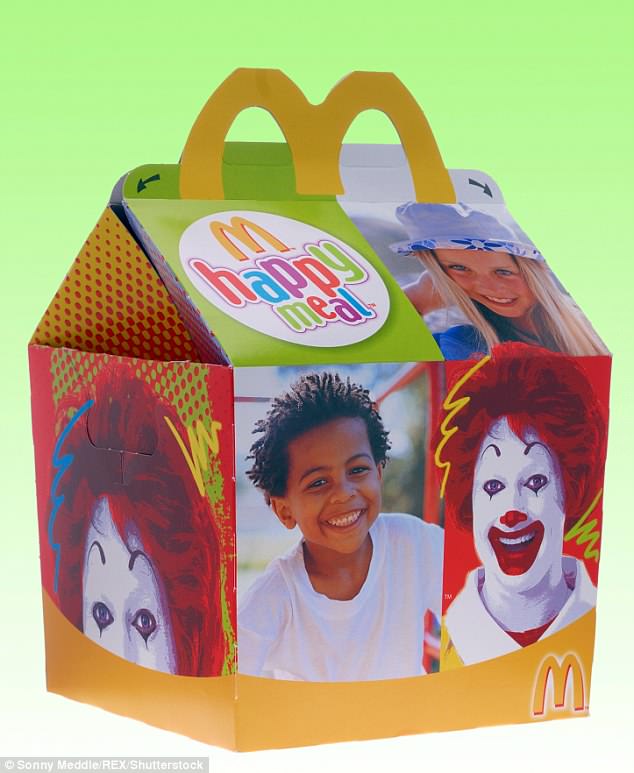 The concerned parent took to Mumsnet to question why the fruit, which she describes as a choking hazard, is not sliced up before being packaged

But many slammed the suggestion, accusing the mother of being overcautious and  suggested she cut up the grapes herself.

‘If you choose not to show your child how to eat a grape safely, it’s your problem,’ one parent wrote, adding: ‘If you can’t do that, then remove the grapes from the child’s meal and cut them up yourself.’

Another added: ‘Just pull them apart with your fingers or ask for a plastic knife’.

And many agreed, writing: ‘Surely it’s for parents to cut up the grapes for their kids? It’s not like a child young enough to choke on a grape wouldn’t be supervised while eating anyway.’

One parent even recalled the moment she was chastised for not cutting up her child’s grapes, and accused her of encouraging a ‘nanny’ state.

She said: ‘I was told I was negligent for not cutting grapes. I said that if a child is sitting at a table, being supervised and not walking around with food and generally d***ing about, they were unlikely to choke. I was flamed.

‘This view sums up the nanny state culture that our current over parenting trend encourages. By all means do it for your own if you wish, but let those of us who don’t catastrophize everyday life get on with things normally please.’ 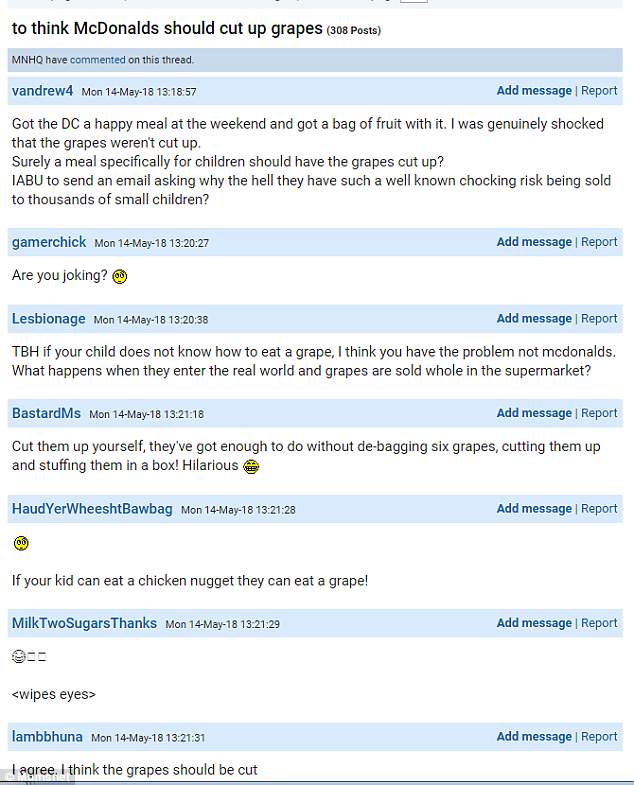 But many slammed the suggestion, accusing the mother of being overcautious and suggested she cut up the grapes herself

However one parent jumped the mother’s defence, arguing: ‘People are being too harsh. Normally I’d say cut them yourself but McDonald’s is hardly overflowing with cutlery, is it?’.

A spokesperson for McDonald’s told Femail: ‘Our apple and grape bags have been available in the UK since 2003 and are a very popular choice with children and parents alike.

‘We have explored a pre-sliced grape with our suppliers, but have found that they can deteriorate quickly. We believe that we have taken a balanced and responsible approach by clearly informing customers purchasing a McDonald’s Fruit Bag of the potential risks associated with this type of food, and provide advice on how to avoid those risks.

‘This safety advice was reviewed and made more prominent just last year. Each bag contains the following message: CAUTION! Whole grapes and pieces of apple can present a choking hazard to small children. Cut or break fruit into small pieces. Always supervise young children when they are eating.’ 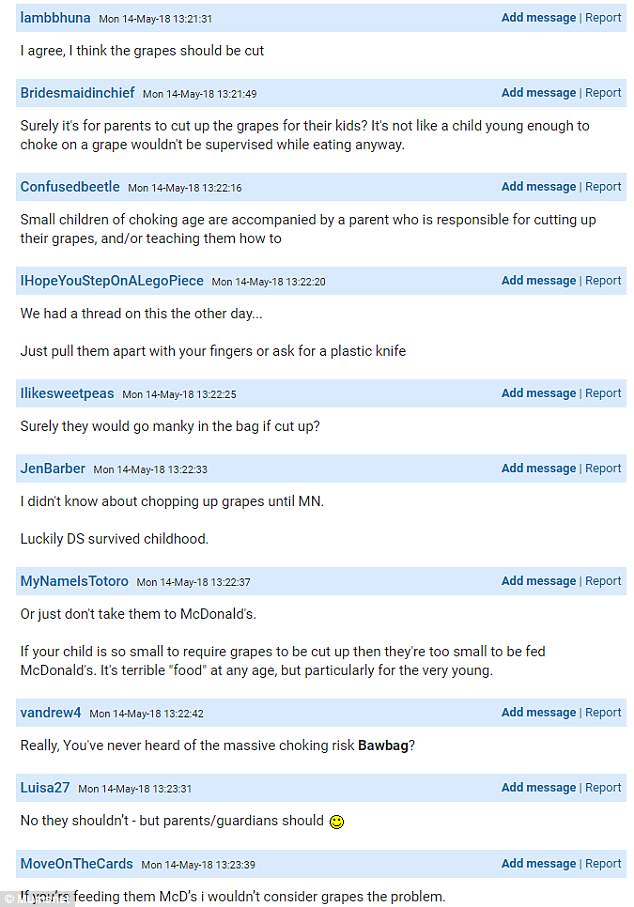 One parent jumped the mother’s defence, arguing: ‘People are being too harsh. Normally I’d say cut them yourself but McDonald’s is hardly overflowing with cutlery, is it?’.