In the world of celebrity, there’s no better way to get back at an ex than to write a hit breakup song.

Whether it be Taylor Swift’s We Are Never Getting Back Together or Elton John’s I’m Still Standing, breakup songs are relatable and fun. But, as Miley Cyrus fans are learning this week, there’s one thing that makes a celebrity split even spicier: a break-up track clapping back at both an ex and another song. 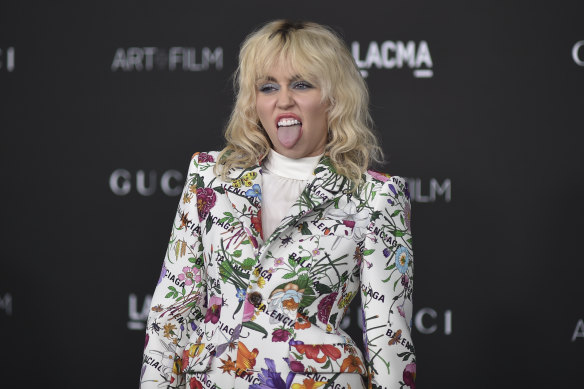 The pop-rock icon’s latest single Flowers has dominated the streaming charts the past week, racking up almost 11 million streams on Spotify a day after its release.

Cyrus’ banger isn’t just an anthem about self-love; it also appears to be a response to Bruno Mars’ 2012 hit If I Was Your Man, which Cyrus’ ex-husband Liam Hemsworth is said to have dedicated to his former wife at some stage during their relationship.

The release of Flowers sent Cyrus fans into a frenzy on TikTok, where the song has been used more than 290,000 times. Many of the videos made with the track dissect apparent Easter eggs including the lyrics directly mirroring those in Mars’ song (“I should have bought you flowers and held your hand” v “I can buy myself flowers. And I can hold my own hand”), the fact it was released on Hemsworth’s birthday, and rumours about the location of the music video.

Fans are saying that the film clip was made in a house that Hemsworth allegedly rented to cheat on his then-wife. These claims are completely unverified.

But Cyrus isn’t the first to write a response song, and she certainly won’t be the last. In fact, response songs don’t even have to be about a break-up at all (although many of them are).

“We thought Neil was shooting all the ducks in order to kill one or two,” said the band’s lead vocalist Ronnie Van Zant.

Young was even called out by name in the song: “Well I heard Mister Young sing about her / Well I heard ol’ Neil put her down / Well I hope Neil Young will remember / A southern man don’t need him around anyhow.”

Despite neither Young nor Lynyrd Skynyrd coming from Alabama, both felt compelled to write their views on the state which played a significant part in the American civil rights movement.

The catchy ode to the west coast of the United States is often thought to be a response to Alicia Keys and Jay-Z’s 2009 mega-anthem Empire State of Mind, which praised New York as the “concrete jungle where dreams are made of / there’s nothing you can’t do”.

Although Perry has never explicitly called out the Keys and Jay-Z song as the reason she wrote California Gurls, the singer has said she thought the state “where the grass is really greener” and where the girls have “sun-kissed skin so hot we’ll melt your popsicle” deserved some love.

“When I came up with the idea of California Gurls, it was because I was a little bit jealous of all the love that was given to the East Coast,” Perry said. 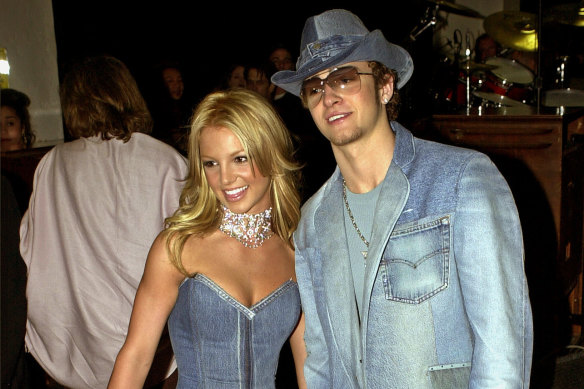 Both Britney Spears and Justin Timberlake wrote songs about each other.Credit:AP

And then you have your classic break-up response songs: think double-denim Britney Spears and Justin Timberlake in the noughties.

Timberlake’s iconic 2002 hit Cry Me A River, released just months after the couple split, was widely thought to be about Spears and, despite the singer denying it for years, his producer effectively confirmed the rumour in a 2011 E! True Hollywood Story.

Britney Spears responded in 2003 with her song Everytime, and later in a 2021 Instagram post dressed as the actor in Timberlake’s video clip with the caption “The hat …. wait I look like that girl in the Justin Timberlake video with that hat in Cry Me A River !!! Oh sh-t that’s ME !!! I’m Britney Spears.”

The list could go on forever, but the moral of the story is: don’t break the heart of someone famous and if you do, make sure you write the better song.