Enough is enough. The time is over for griping, self-promotion and peacocking across the political stage by Tory MPs determined to undermine their leader.

Don’t these posturing rebels understand they are sabotaging the Prime Minister at the most crucial point in our history since the Second World War?

The fact that her own party members should be trying to stop her striking a deal intended to safeguard Britain’s future prosperity is not only deeply disloyal – it is profoundly dangerous.

And if they continue with their wrecking tactics, they could force an election that no one wants and may well usher an unreconstructed Marxist into No 10, with all the ruinous consequences that would wreak on the nation. 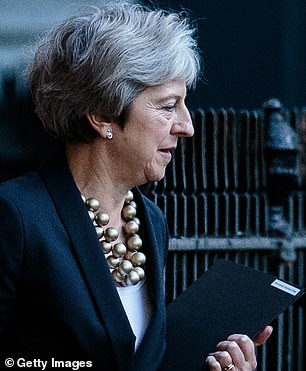 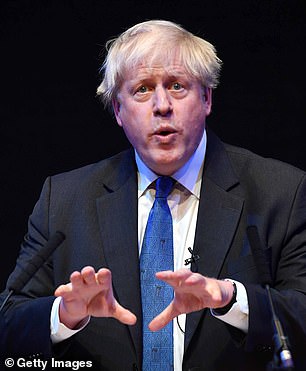 Their language in recent days has been loathsome. Like vulgar bit-part players in some gory Shakespearean tragedy, these back-stabbing plotters speak darkly of Theresa May ‘entering a killing zone’.

They claim ‘assassination is in the air’, that she is heading for ‘the noose’ and – most egregiously – that ‘the moment is coming when the knife gets heated, stuck in her front and twisted’.

Who on earth speaks like that about their worst enemies, let alone their colleagues? Have these people no sense of duty or respect? One can only imagine what constituents think of their ‘honourable’ Members of Parliament.

Sadly, these obscure backbenchers (mainly anonymous of course, like cowards down the ages) are not alone in their bid to wreck the Prime Minister’s Brexit plans.

Iain Duncan Smith scuttled off to Brussels yesterday to tell Michel Barnier that the Chequers deal would never get through Parliament and that he should offer Britain a Canada-style deal instead. As a former leader who was brought down by disloyalty, Mr Duncan Smith really should know better. 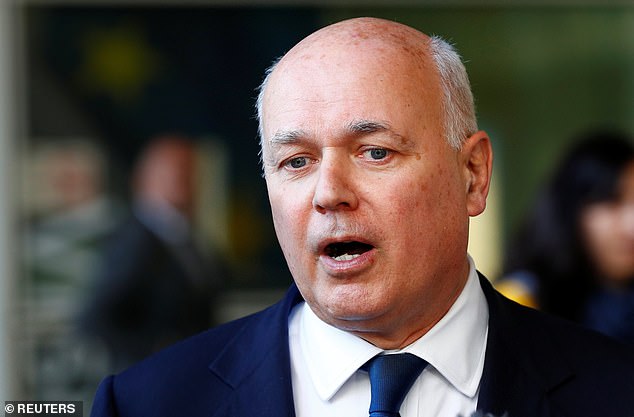 But the Mail’s overriding question is this: What do the conspirators actually think they are going to achieve?

Just imagine for a moment they do succeed in toppling the Prime Minister. The result would be a bloodbath – a bitter six-week leadership battle which would convulse the Tory Party, before ripping it apart. The last contest was more in the manner of a coronation, with Mrs May eventually being elected unopposed.

This time, it would be a fight to the death, from which the party may not recover for a generation.

The arch-Brexiteers fondly imagine that one of their poster boys, Boris Johnson or David Davis, might win. But what then? With just a few months to go to Brexit, what’s their plan? They speak of a Canada-style agreement, but that doesn’t solve the Irish border question and would throw a spanner in the engine of our economy. Then there is the no-deal option, which would involve a hard border around the UK. We may cope, of course, but it would lead to massive disruption and uncertainty for business as Britain reverted to World Trade Organisation tariffs.

Meanwhile, any new Prime Minister would have all the same cards as Mrs May has now – and all the same problems. The Parliamentary arithmetic wouldn’t change. They would still be reliant on the Democratic Unionists to get anything done 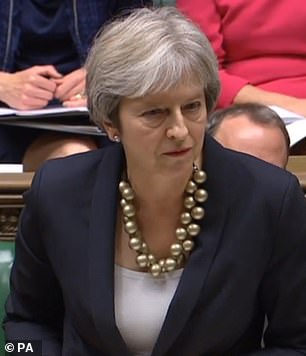 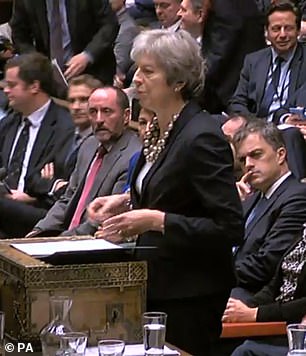 The overwhelming likelihood would be a period of chaos, followed by another election at which the Tories would inevitably be punished.

Brexit of any form would be needlessly imperilled.

If there’s one thing voters hate, it’s a party wracked by civil war. If it can’t govern itself, why should it be trusted to govern the country?

The Mail is well aware of the shortcomings of the Chequers plan. But the truth is that it’s the only plan on the table – and Mrs May is the only person who can drive it forward. This paper recognises that no one will get everything they want. But we believe that with good faith and unity of purpose, an acceptable outcome is still possible.

The Prime Minister told the Commons yesterday that the withdrawal terms are ‘95 per cent’ agreed.

True, Northern Ireland remains the main sticking point and she reiterated yesterday that she could never agree to any arrangement which involved separating Northern Ireland from the rest of the UK. This is something Brussels must understand if the agreement is to get over the line.

But Dominic Raab – who has grown in stature since becoming Brexit Secretary – expressed confidence that a deal could be agreed by November, giving time for all the nations of the EU to approve it before March 29 – the day we formally leave. 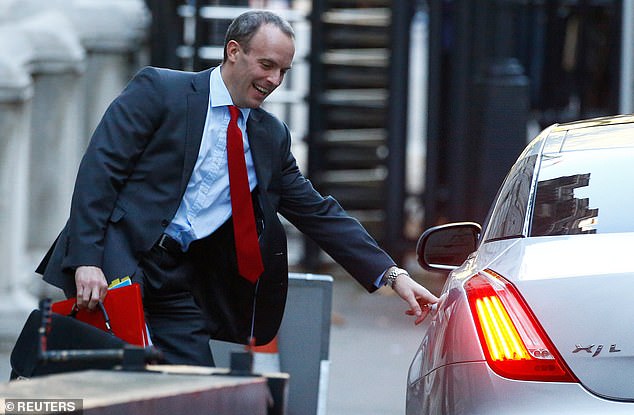 So it’s time to face facts. Outside the Westminster bubble, the public are exasperated and exhausted by Brexit infighting and just want a sensible deal to be done – for the benefit of the 17.4 million people who voted Leave, as well as 16.1 million who voted Remain.

The dismal consequence could be Corbynism and a return to the economic paralysis and union domination of the 1970s. We know from bitter experience where that ends – with continual strike action, 20 per cent inflation, blackouts and rubbish piling up in the streets. Corbyn’s Labour would lead us to ruin.

The Tory rebels seem keen on channelling Julius Caesar, so before risking such a calamity, perhaps they should consider this quote from that great tragedy: ‘There is a tide in the affairs of men which, taken at the flood leads on to fortunes. Omitted, all the voyage of their life is bound in shallows and in miseries. On such a full sea are we now afloat.’

So of the saboteurs who would take us to the edge of the abyss, this paper asks: Are you really prepared to sacrifice the nation’s fortune on the altar of your own egos?