Family portrait! Denmark’s Princess Mary is joined by her adorable brood at a special reception to unveil a painting of Prince Frederik for his 50th birthday

He is celebrating his 50th birthday in just two days’ time, and has spent the week attending a string of special events held in his honour.

And Prince Frederik of Denmark looked delighted as he joined his family to unveil a new set of commemorative portraits tonight.

There was one notable absence in the family line-up, however; Frederik’s father, Prince Henrik, who passed away in February at the age of 83 following a long battle with dementia. 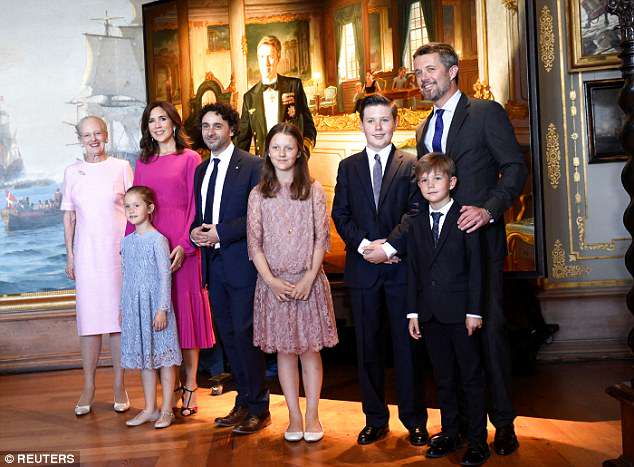 Australian-born artist Ralph Heimans was also in attendance at the special reception at Frederiksborg Castle in Hilleroed.

Princess Mary cut a stylish figure fuchsia A-line dress which was cinched in at the waist, and featured a ruched hemline and balloon sleeves.

She teamed the dress with stylish T-bar sandals and wore her hair in loose blow-dried waves.

Mary was joined by her mother-in-law Margrethe, who opted for a pastel pink shift dress and white court shoes, tying her hair in an elegant chignon. 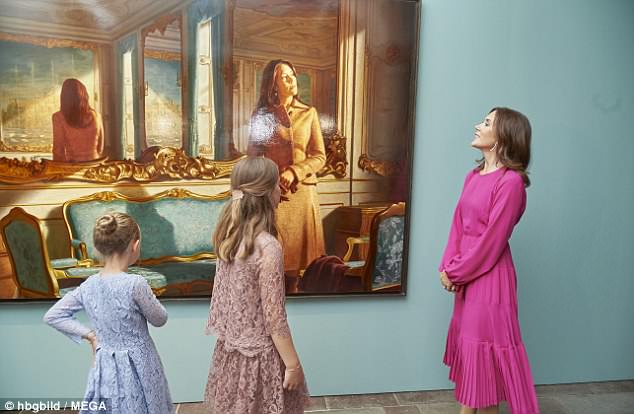 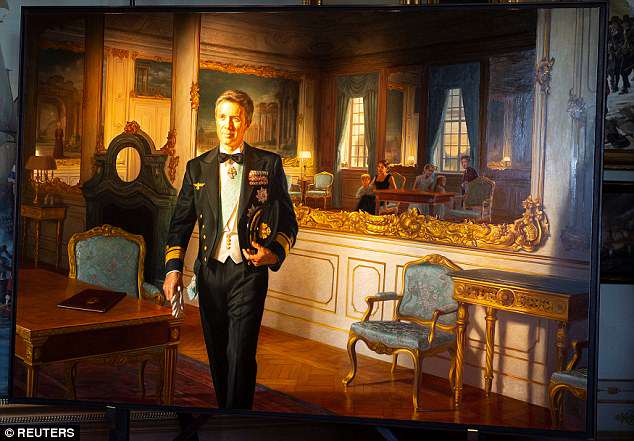 Ralph was also in attendance, posing alongside the family as they admired their portraits (portrait of Frederik seen)

Meanwhile  Princess Josephine, 10, wore a pretty pink lace dress and her hair in a half ponytail as she embraced her little sister Isabeella, who looked sweet in a baby blue lace dress.

Prince Christian and Vincent looked smart in suits and ties, matching their father, who looked dapper in a fitted suit and blue tie.

The family admired the opulent paintings, which were painted at the National History Museum in Hilleroed.

The new portrait will form the center of an exhibition with portraits by Australian visual artist Ralph Heimans.

The exhibition ‘Ralph Heimans Portraits’ shows a significant part of the artist’s production, which includes a portrait of Crown Princess Mary, members of the British Royal House and international personalities. 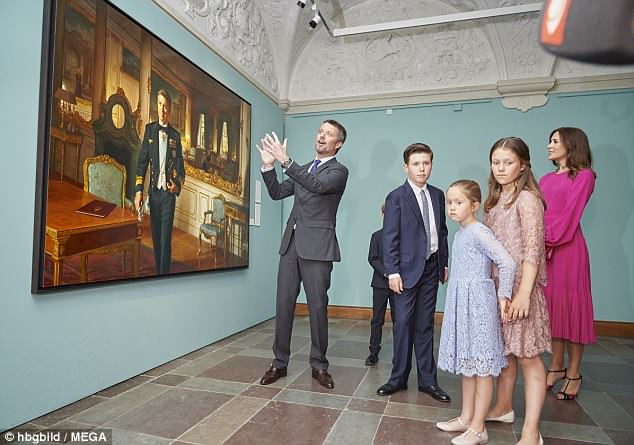 Princess Mary cut a stylish figure fuchsia A-line dress which was cinched in at the waist, and featured a ruched hemline and balloon sleeves (far right) 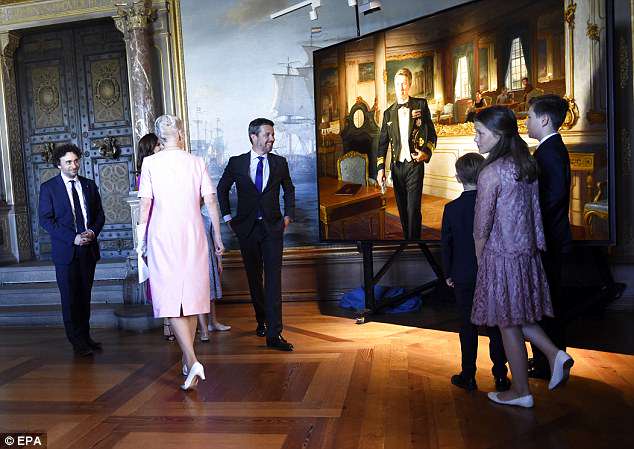 The family admired the opulent paintings, which were painted at the National History Museum in Hilleroed

The love story between Princess Mary and Prince Frederick has been well documented; the couple met in a Sydney bar and Mary, born in Tasmania, moved to the northern hemisphere to be with Frederik.

In December, in a candid interview with Australian Women’s Weekly, the Crown Princess revealed that moving to the other side of the world was difficult.

She said: ‘I did experience a feeling of loneliness – short-term – when I first moved to Denmark,’ she told the magazine.

‘Moving to Denmark was a huge change in my life – a new culture, new language, new friends, and another way of life.’ ‘So, I see it as quite natural that at times I felt quite alone or a little bit like I was on the outside looking in.’ 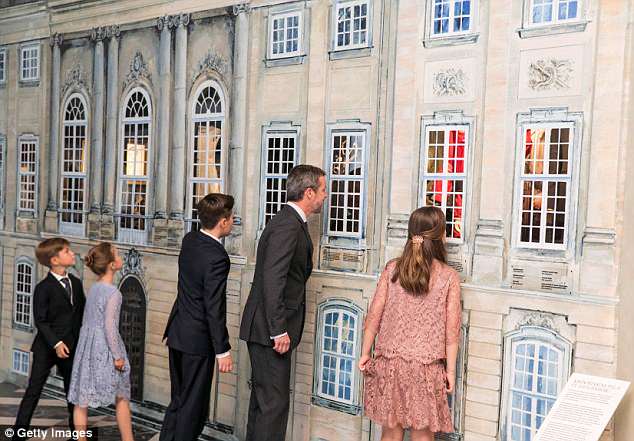