Widow who was tricked out of £40,000 in a dating scam reveals she’s getting married this month and says she finally believes it’s her time to be happy

A widow who was was conned out of £40,000 through a dating scam has revealed she’s getting married in December and feels she’s ‘better’ than the fraudsters who tricked her.

Di Pogson, 57, from Holmfirth, West Yorkshire, was duped out of her life-savings by a criminal gang, five of which were jailed for a total of ten years in August, collectively posing as a high-flying business man, going by the name ‘Kevin Thompson’.

Appearing on This Morning’s ‘Dangerous Love’ segment, she told that months on from the scam, she’s found love and will be tying the knot later this year – and feels she has stopped ‘dwelling’ on what the fraudsters put her through.

‘I’m better than those scumbags that did it and I am starting to believe that it’s my time and I am happy,’ she said.

The mother-of-two was heartbroken when her husband Ian, 60, who ran an electronics business with her, died suddenly in July 2014, just months before their 30th wedding anniversary and turned to dating sites in search of a companion. 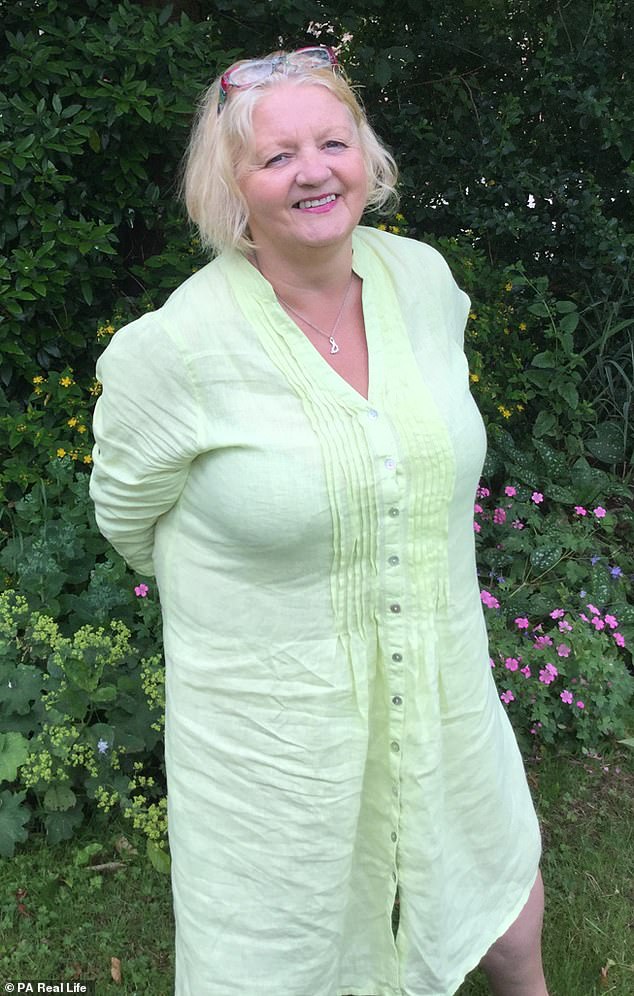 Di Pogson, 57, from Holmfirth, West Yorkshire, was duped out of £40,000 through a dating scam led by a criminal gang 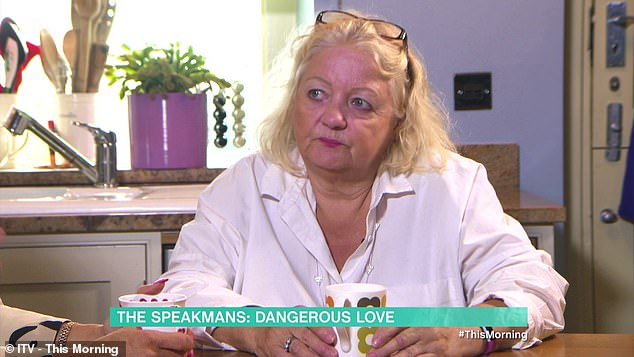 Appearing on This Morning’s ‘Dangerous Love’ segment, she told that months on from the scam, she’s starting to move on from the incident

Speaking of the fraudsters who were posing as Kevin, she said: ‘He told me what I wanted to hear and lulled me into thinking that this guy really cared.

‘He said he was widowed in similar circumstances and he kept saying what a lovely voice I had. He couldn’t wait to hear it in person. He made me feel special.’

However soon after he had gained her trust, ‘Kevin’ began to ask her for money, fabricating all sorts of reasons from having a vet’s bill to pay to being stuck abroad with an unusable debit card to wheedle cash from her.

She went on: ‘About two and a half weeks into chatting he was desperately worried about his dog and it was vital that I helped him pay the vet bill, he specifically asked for £450 pounds. 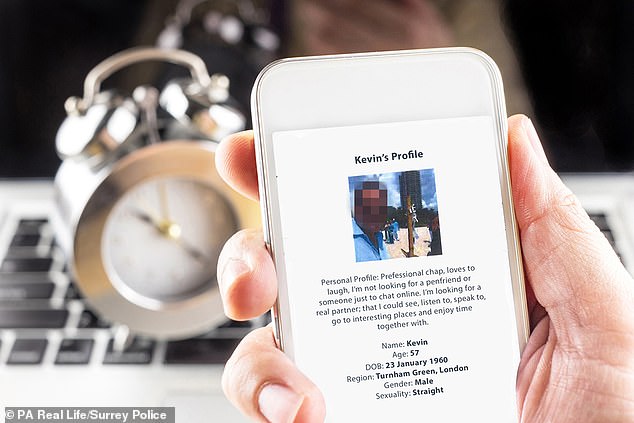 Di was duped out of her life-savings by a criminal gang posing as a high-flying business man,  going by the name ‘Kevin Thompson’

My son-in-law and daughter asked if I was sending him money and I straight face lied to them.

When asked if she thought she was falling in love with the fake person, she said: ‘Yes’ and when quizzed on whether ‘Kevin’ told her he was in love, she revealed: ‘All the time.’

Di went on: ‘When it was coming towards the end, when I said I had no more money to give.

‘It was, “You can’t possibly love me, if you did love me you would find it from somewhere”. 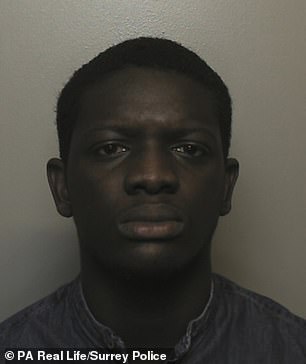 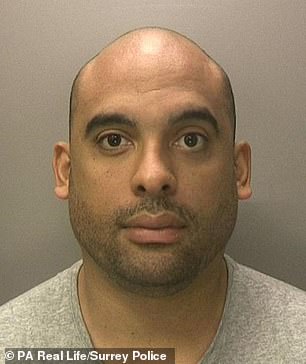 ‘I was even stupid enough to take out a loan, but he took every penny.’

As ‘Kevin’s’ web of lies began to unravel with alarming consequences, the police became involved .

They discovered that Kevin Thompson was a false profile, set up by a gang consisting of ringleaders Yaw Sarpong, 22, Nicholas Adade, 23 and Eric Ocansey, 35, and more peripheral members Obed Addo, 37, and Daniel Keh, 25. 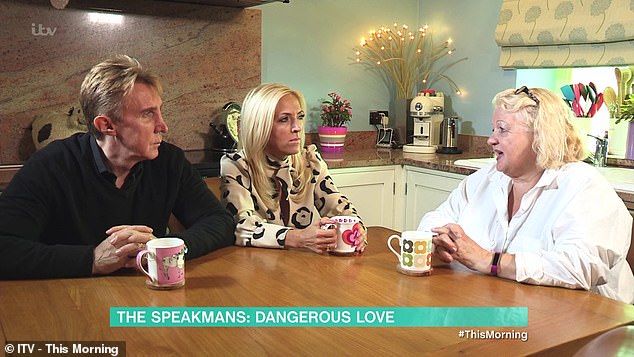 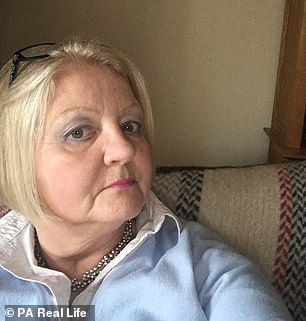 When asked about her new fiancé , Di said she was: ‘very happy’ about moving on and will tie the knot later this month

The con artists – who were described by Guildford Crown Court as ‘cunning, cruel and manipulative’  were convicted for their crimes for a total of ten years and Di says that although she still feels ‘stupid’ – she’s coming to terms with what happened.

She said: ‘I still feel stupid but I have to accept that I wasn’t in a good place and if I dwell on it they’ve won again.

When asked about her new fiancé she said she was ‘very happy’ about moving on.

Speaking out after the con artists were convicted for their crimes, Di previously spoke of how important it is to raise awareness of dating scams to protect other vulnerable people from falling foul of them. 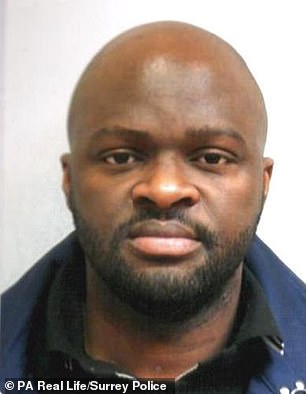 Obed Addo (pictured) from Roehampton, was jailed for 21 months for money laundering

‘For a long time, I felt so stupid. I’m a grown woman – how on earth had I been conned like this?’ said Di.

‘People may read this and think it would never happen to them, but until you’ve been in this situation, you don’t know.

‘But ‘Kevin’ truly led me to believe that he loved me, that we’d be together. I was in a vulnerable state then, having lost Ian, and I wanted and needed to be loved.

‘Whenever I did start asking questions, he would turn it round on me and make me feel guilty. It was incredibly manipulative.

‘I can’t go back and undo anything though, and I refuse to let this eat me up, or they win all over again. Now, I just want to help other people and to warn them to be wary online.’