Dave Chappelle’s new podcast will drop at 12:01am on Tuesday

Dave Chappelle will drop his new podcast, “Midnight Miracle,” at 12:01 a.m. on Tuesday.

The comic hinted on social media that the podcast is coming out on May 11 — but we hear more specifically it’ll be available Tuesday one minute after the clock strikes midnight.

The Luminary podcast from Chappelle, Talib Kweli, and Yasiin Bey was recorded during Chappelle’s 2020 “Summer Camp” in his hometown of Yellow Springs, Ohio. The venue where it was recorded was dubbed “The Shack” — a mechanic’s garage retrofitted as a clubhouse.

In a clip of the show released by Chappelle on social media over the weekend, the comic tells an anecdote about a time he tried magic mushrooms early in his career with his future wife, Elaine, in Central Park. While under the influence, he says he got into a horse-and-carriage and gave the driver about $1,500 in cash to take him and his girlfriend around town — as long as the trip lasted.

They wound up picking up a saxophonist friend in the Village and heading to a comedy club, where Chappelle spontaneously performed a two-hour set, complete with some psychedelic breakthroughs while onstage.

The tale ends with a wild twist when, years later, a stranger sends Elaine a Polaroid snapshot from their day at the park that was randomly found in a used car. 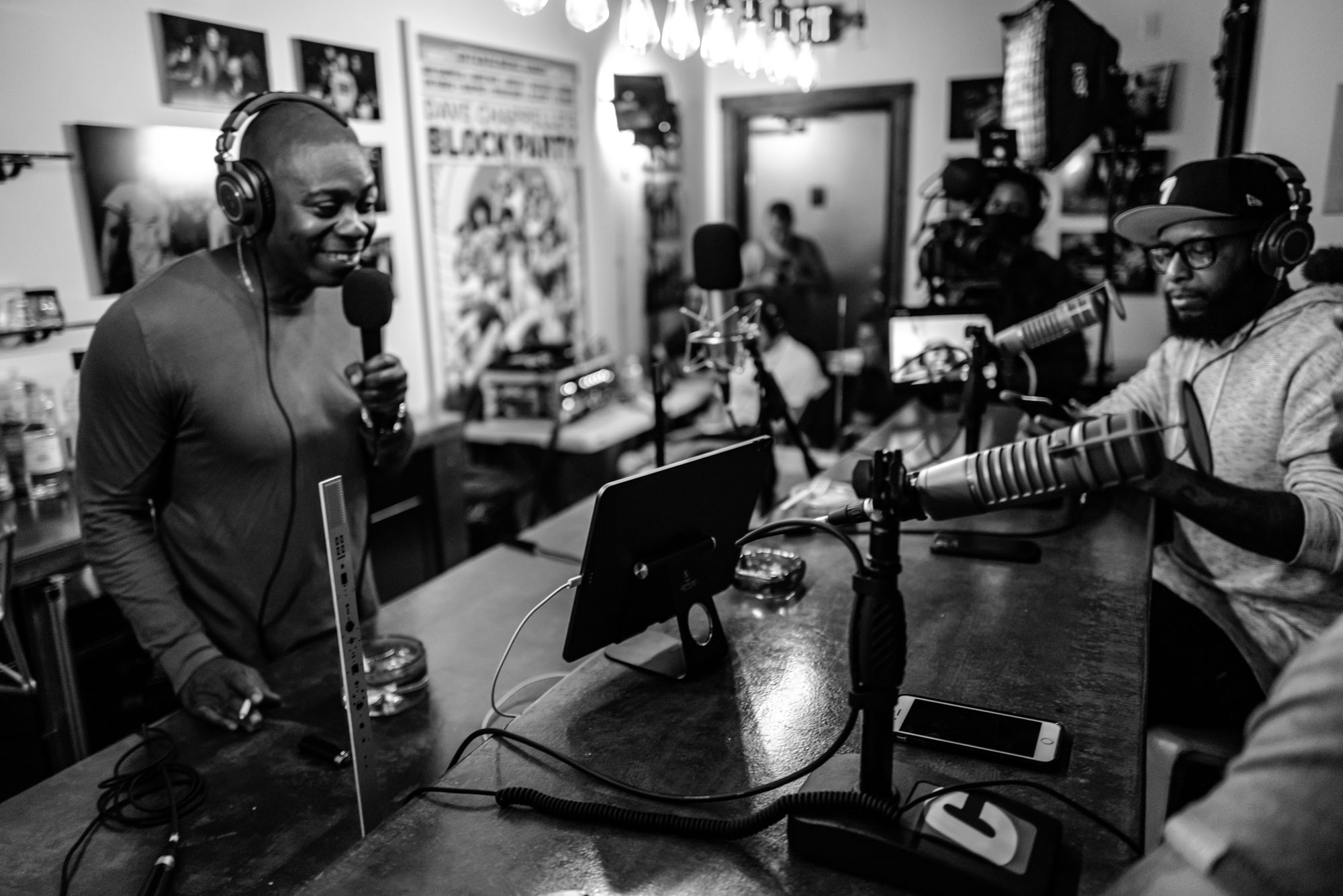 Chappelle’s team edited more than 100 hours to create the podcast, and a single season is planned. The salon style show will feature guests including Chris Rock, Jon Hamm and Questlove, as revealed on two posters released on Instagram this week.

A release described the podcast as, “In the variety show tradition, the conversations are punctuated with sketches, impersonations, archival audio clips, and a powerful soundtrack that includes music from Charlie Parker, Dizzy Gillespie, Thelonious Monk, D’Angelo, Heatwave featuring Johnny Wilder, and much more to come.”

A source told us on Monday, “this project has been a closely guarded secret but now it’s imminent” as the countdown began.

Chappelle recently defended Elon Musk’s appearance on “SNL,” telling Joe Rogan of any objections to the billionaire guest hosting the comedy show: “No one is woke enough… they can’t appreciate the fact that you’re dealing with literally one of the most brilliant men that’s ever lived that’s gonna come do your show.”