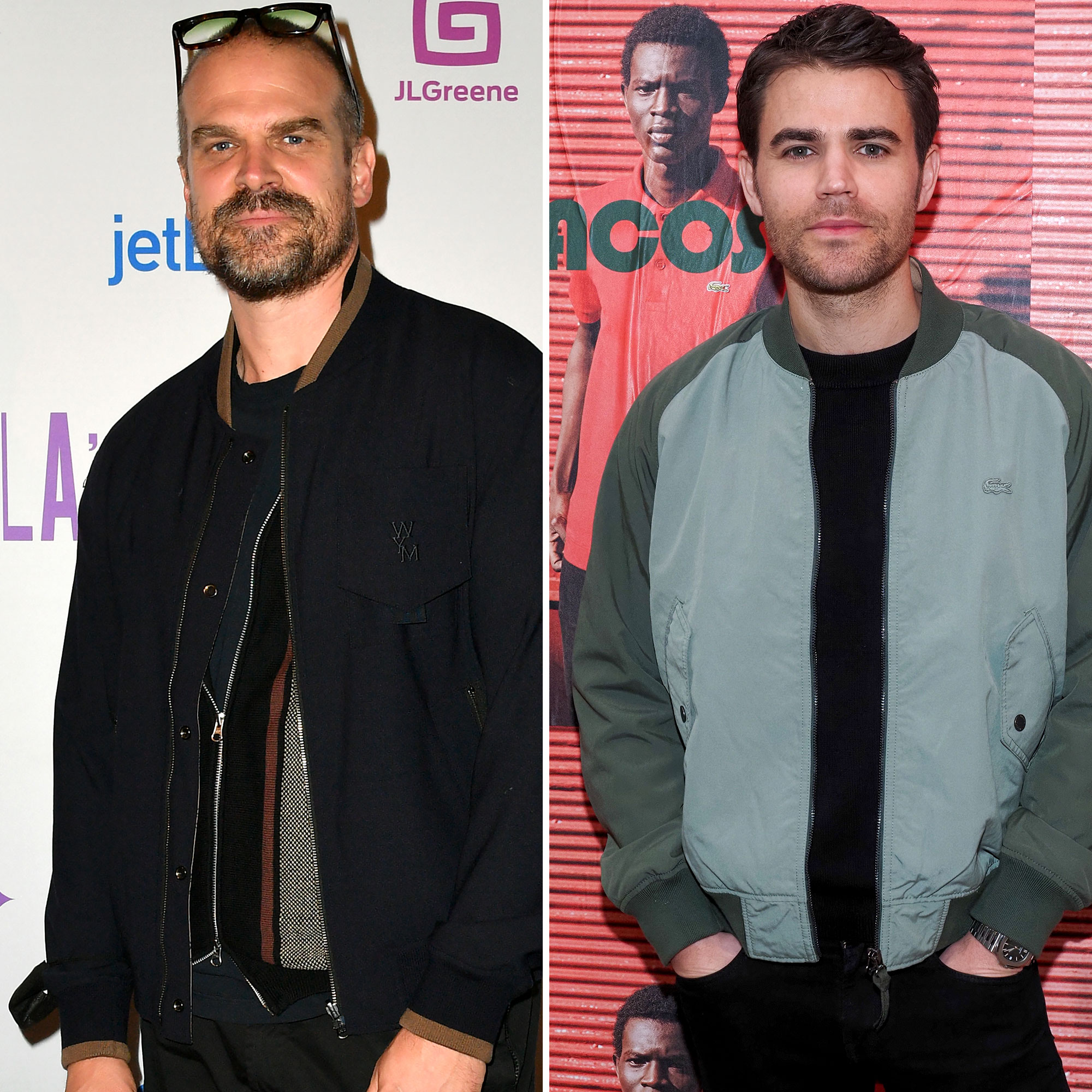 Just being honest! As David Harbour was getting ready for season 1 of Stranger Things to hit Netflix, he started to wonder about the lack of promotion — and his friend Paul Wesley didn’t offer too much help at the time.

The New Upside Down! Everything to Know About ‘Stranger Things’ Season 4

During an appearance at New York Comic Con on Saturday, October 9, Harbour, 46, recalled the tough conversation he had with Wesley, 39, while they were starring in Cal in Camo.

“So about two weeks before the show I was like, ‘There’s still no ads, man, like buses and phone, there’s no ads,’ and he [Paul] was like, ‘Sorry man, they’re trying to bury it,’” the Netflix star shared on the panel. “It was clearly a terrible show.”

Harbour, who joked that he was going to “throw Paul Wesley under the bus” with the fun story, admitted that he felt concerned about the potential of the show because of the Vampire Diaries alum.

“I was like, ‘Oh no, man. I blew it. I had like one of the leads on a Netflix show, and I blew it, we all blew it,’” the Black Widow star detailed thinking at the time.

Since then, Stranger Things has gone on to become a cultural phenomenon as its fourth season is set to premiere in 2022. Looking back at it now, Harbour admitted that Netflix’s approach might have been right all along because it allowed the show to speak for itself.

“I think one of the things that people love about it, and it’s so hard to have in today’s culture, is you discovered it,” he said on Saturday. “I mean, like, you didn’t hear much about it, and you just sort of were playing around on Netflix and … people were like, ‘Oh this looks kind of good,’ and there was a sense of discovery about it. That was brilliant.”

The New York native noted that the advertising department “claimed later on that that was the manipulation the entire time, and that they’re just geniuses,” but he isn’t sure if the success was planned out or a stroke of luck.

Late last month, fans got to see a glimpse at the upcoming season after the coronavirus pandemic initially stalled filming for season 4. In the sneak peek clip presented during Netflix’s TUDUM: A Netflix Global Fan Event, Gaten Matarazzo (Dustin Henderson), Joe Keery (Steve Harrington), Caleb McLaughlin (Lucas Sinclair) and Sadie Sink (Max Mayfield) stepped back into Hawkins, Indiana as they investigated an abandoned house that comes with its own creepy history.

Viewers also got to see Harbour reprise his role as Jim Hopper in several teaser trailers for season 4 after the chief seemingly died at the end of the previous season. It was confirmed in February 2020 that Hopper actually survived when a clip was released of him with a shaved head working at a labor camp in Russia.

TV Shows and Movies That’ll Give You the Fall Feels: ‘Gilmore Girls,’ More

Ahead of the show’s return, Harbour hints that his character will get an arc that has been years in the making.

“There’s a rebirth to him this season and a coming to terms with this toxicity that he’s carried around and this trauma, really, which is where it comes from, and him struggling with that,” the Golden Globe nominee revealed at NYCC, adding that Hopper’s backstory will be explored as well.

“We go into a lot more layers of him, which I really love,” Harbour told fans and even teased future scenes between Hopper and Joyce Byers (Winona Ryder), in addition to his highly anticipated reunion with Eleven (Millie Bobby Brown).