This comes as Debenhams reported its biggest loss in its 240-year history putting 4,000 jobs at risk and 50 shops could close. 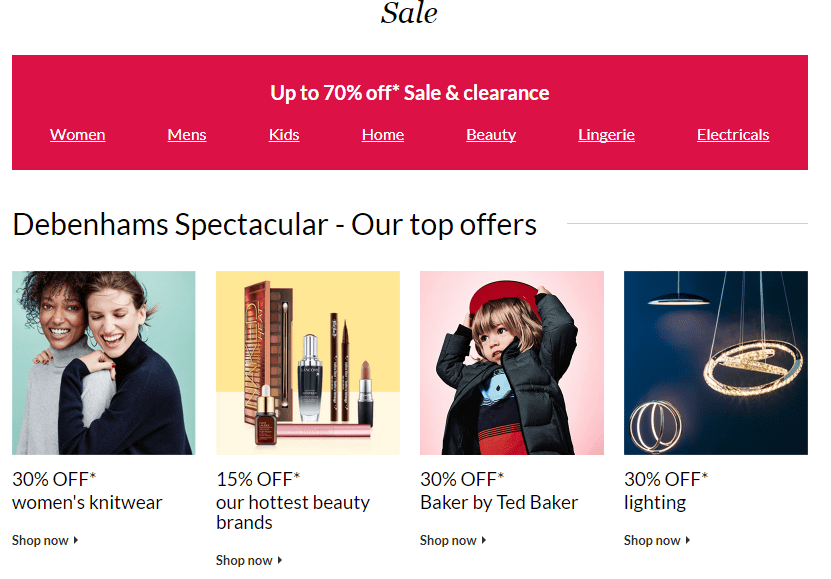 Kids clothing, electricals and the beauty and fragrance departments all have an up to half price sale on too.

As well as the store's own-brand labels, in the women’s sale there are also a number of high-street names included such as Ted Baker, Carvela, Coast, Dune, Warehouse, Monsoon and Hobbs. 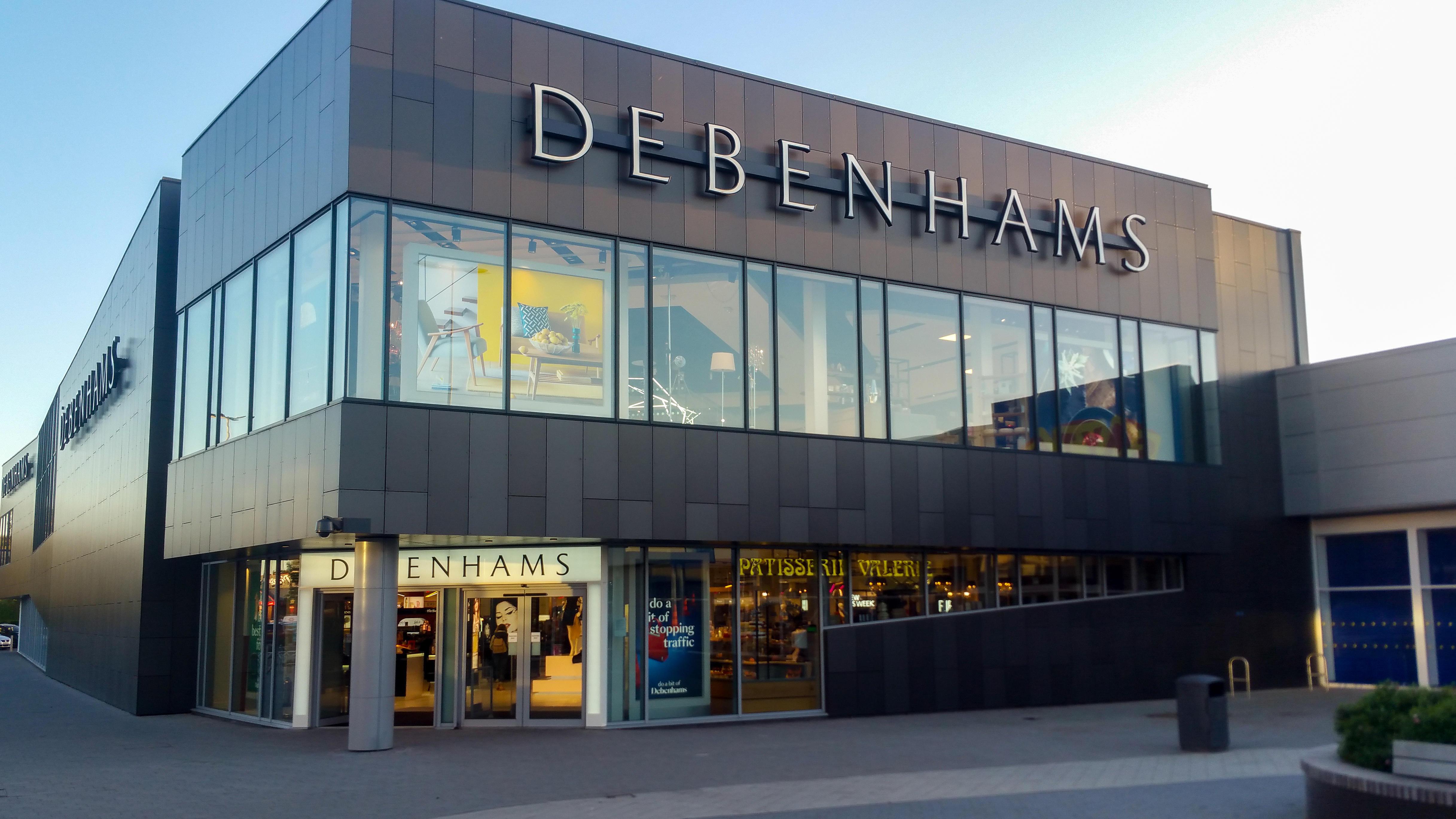 While for men, brands such as Levis, Racing Green, Ben Sherman, Calvin Klein and Fred Perry are included.

In the electricals department we saw an Oral-B pro rechargeable toothbrush at £25, from £50, a Morphy Richards steam generator iron for £100, from £180, and a Kenwood multi-pro food processor knocked down to £60, from £130.

But while these offers may look tempting, it's always worth checking elsewhere to see if the price is cheaper, and remembering that there's no point in buying something just because it's in the sale.

We approached Debenhams for a comment to see if the online sale was related to its recent warnings of job losses and store closures. A spokesperson told us these sales are planned months in advance and therefore have no bearing on today's announcement.

At the moment we have only seen the up to 70 per cent sale online but it may be worth checking in stores to see if items are also reduced.

The online sale started before today's announcement from the high-street chain of an annual loss of almost £500million today for the year to September 1. This is compared to a £59 million profit in 2017.

This has been blamed on unwanted store leases and the IT system and 50 shops have now been earmarked for closure.

There are also around 4,000 jobs at risk and the company is expected to introduce a hiring freeze in a bid to avoid redundancies.

After the store closures Debenhams will be left with around 100 shops in the UK.

Earlier this year it had already warned of store closures and job losses.

Why is Debenhams closing its stores and which shops are shutting?

Why is Debenhams closing some of its stores?
It's believed to be a combination of increasing rents, business rates and the rise in online shopping.

Richard Lim of Retail Economics, told the BBC last month: "The harsh reality is that they are operating in one of the most challenging parts of retailing at the moment.

"Consumers are increasingly shopping online, and they are also spending more on things like holidays and the experience economy.

"The other part of the pincer movement Debenhams is facing is that they are being squeezed on costs, with things like increasing rents and business rates, and rising wage and utilities bills.

"It all means that department stores are incredibly expensive to operate."

Which stores are closing?

Earlier this year, Debenhams said it planned to close ten stores – and it has also already axed around 320 jobs.