Miss Jenn has come competition in a former flame. HL spoke EXCLUSIVELY with Derek Hough about playing Miss Jenn’s ex Zack, how far Zack will go to win, and more.

Miss Jenn and the East High Wildcats are getting some competition from Zack Roy and North High. Both schools will face off at the Alan Menken Awards for Excellence in High School Musical Theater in High School Musical: The Musical: The Series season 2. Derek Hough is playing Zack, and he spilled EXCLUSIVE scoop to HollywoodLife about just how far Zack will go to win.

“His intentions are not always the purest, so it was kind of fun to step into that role where competition is #1 for him,” Derek told HollywoodLife during the show’s press junket. “Even though there’s a lot of love and a lot of attraction for Miss Jenn still, he’s got an agenda. It was fun to play that.” 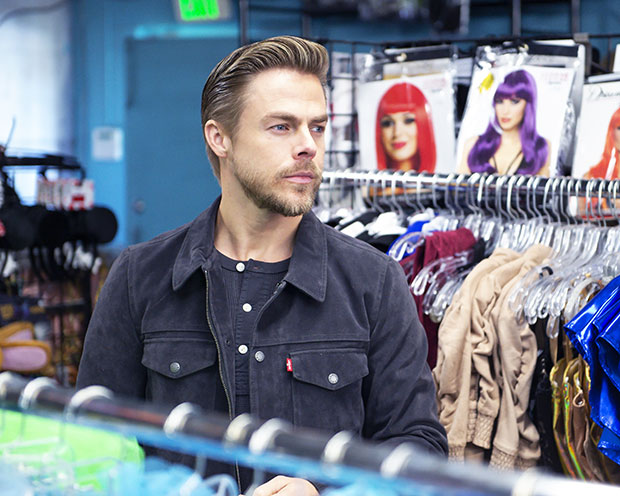 Derek added that Zack is “beyond competitive,” and that’s where Derek and his alter-ego differ. “I would say I’m incredibly competitive, but it’s different when you will do things that [don’t] show your integrity, I suppose, in order to win or to be the best. That’s where I draw the line. But he doesn’t,” he revealed.

Miss Jenn and Zack were a couple in high school, and now they’re back in each other’s lives. So, could they rekindle their romance in season 2? “Possibly,” Derek teased. “We’ll see. It’s quite funny actually because there’s such a resistance there but also a pull towards one another. So it’s quite an interesting dynamic where it’s like, I hate you, I love you.” 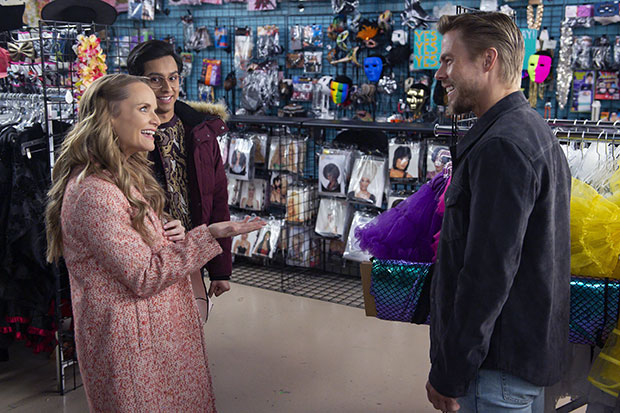 Derek also hinted at a “nice little moment” between Zack and Miss Jenn where there’s an “original song” and “some dancing.” Derek knows a thing or two about dancing! He’s a 6-time DWTS champion!

While East High is taking on Beauty and the Beast for the Menkies, North High will be performing The Little Mermaid. When asked what Little Mermaid musical number he was most looking forward to, Derek was very cryptic. “Things might change. That’s all I’m saying,” he said. High School Musical: The Musical: The Series season 2 will premiere on May 14. New episodes will drop weekly on Disney+.