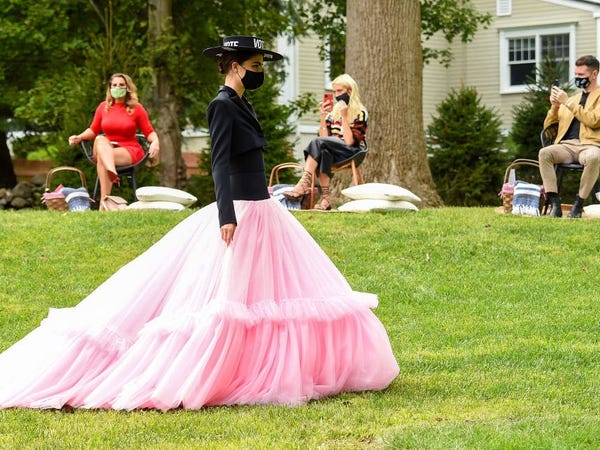 Not even a pandemic could stop designer Christian Siriano from having a New York Fashion Week runway show. 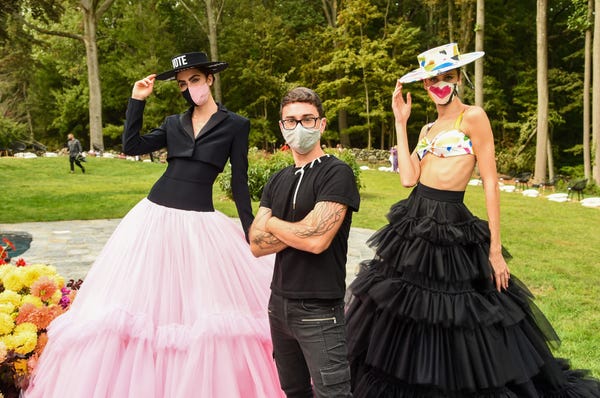 Siriano is a former winner of the fashion design competition TV series "Project Runway," and in recent years, he's made a name for himself because of his size-inclusive runway shows and clothes.

Siriano was also an early US-based designer to volunteer to use his facilities and fabric to make face masks for essential workers fighting the COVID-19 pandemic.

On September 17, the designer transformed the backyard of his Westport, Connecticut, home, into a full-fledged runway show that showcased his Spring/Summer 2021 collection.

"When #fashionweek really goes home you sometimes got to get down and dirty and do it yourself," Siriano wrote in an Instagram post ahead of the event.

New York Fashion Week runways are known for their cramped, star-studded rows of spectator seats, but Siriano's setup showed people at spaced-out chairs around the lawn. 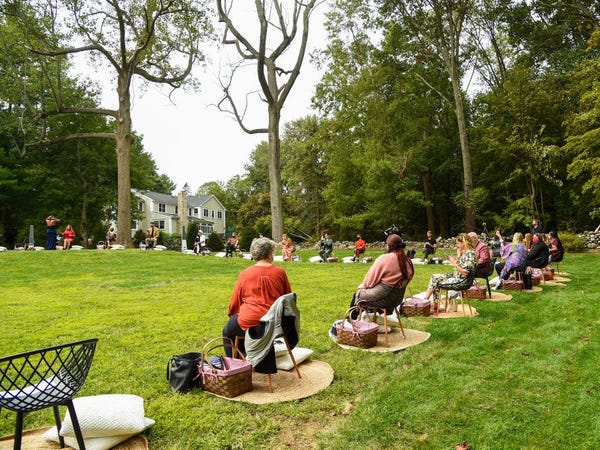 Each seat "pod" appeared to have its own picnic basket and pillows that coordinated with the spring- and summer-ready clothes Siriano showcased.

Actor Billy Porter was one of the guests at Siriano's runway show. 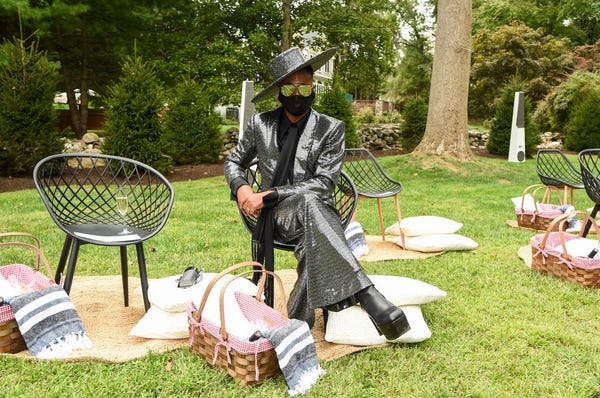 Porter wore a head-to-toe metallic outfit with a matching hat and black boots.

The models, who were tested for COVID-19 prior to the show, walked in a socially distanced style down the lawn. 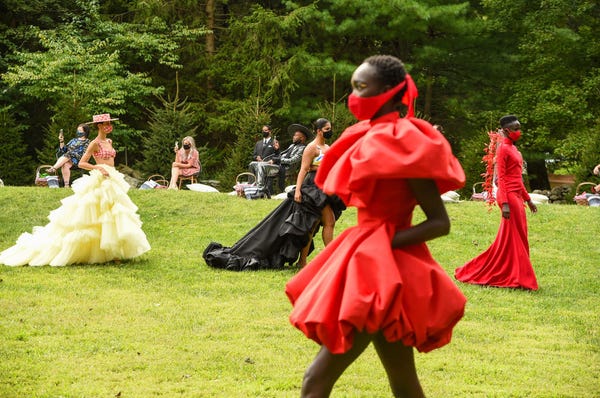 Siriano told W Magazine that all of the models and crew members in his backyard fashion show were tested for COVID-19, the disease that causes the novel coronavirus, a day before the event.

He also collected every crew member and model's information for contact-tracing purposes if needed, the designer told the magazine.

Siriano told Vogue he wanted his backyard show to be an "escape." 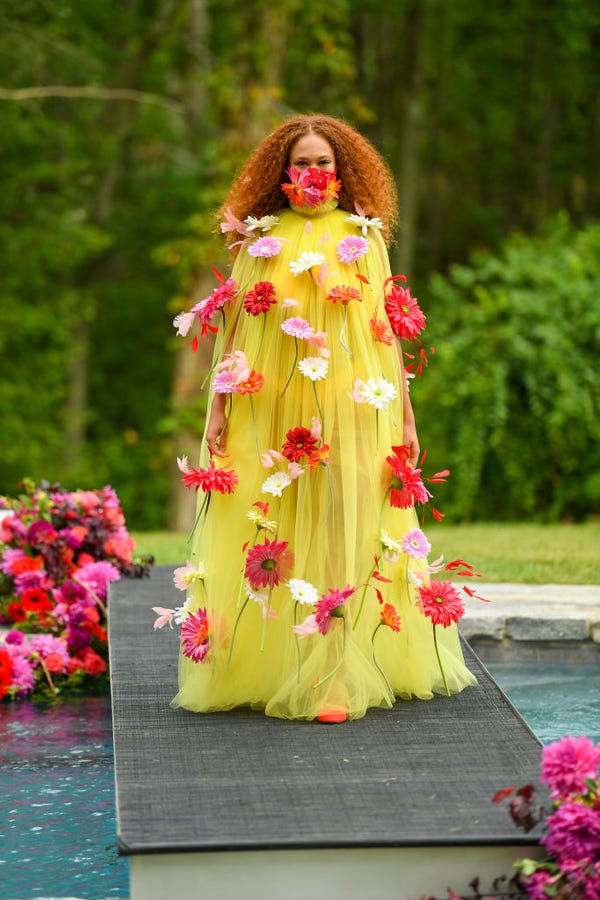 Siriano told Vogue that he wanted his rendition of a New York Fashion Week show to be a reminder of traditional fashion shows.

"I wanted this to be an escape for everybody—fantasy, to have fun with fashion," Siriano said.

Some elements of the show were a more blatant reminder of reality — such as the models' outfit-coordinating face masks. 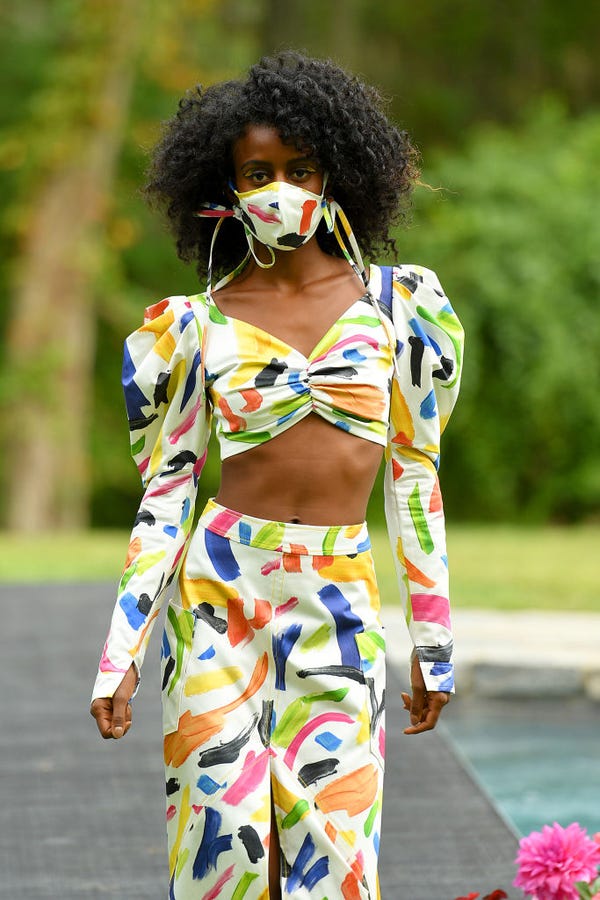 "I'd seen shows with models not wearing masks, and I was like, okay, that's interesting," Siriano told W Magazine. "But I think for this, right now, we needed them."

Siriano said that he thinks it was important to show models wearing face coverings to show "how you can look great in clothes with the mask." 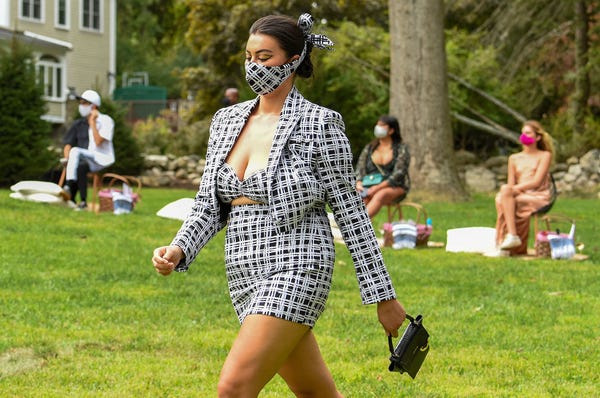 The designer told W Magazine that sending his models down the runway with custom face masks "showed how you can look great in clothes with the mask."

He continued, telling the magazine: "We don't want people to feel like it's a hindrance in their lives, even though it is."

Siriano also made a statement with designs covered in the slogan "Vote." 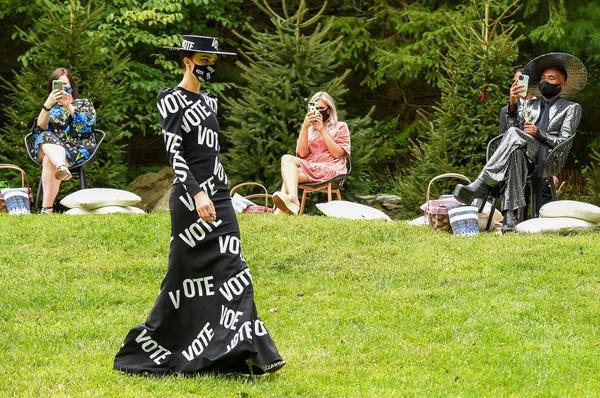 On Instagram, Siriano shared a picture of his garments emblazoned with the word "Vote," writing: "As a designer our clothes are our voice. Yesterday we showed our collection with a message to VOTE VOTE VOTE!"

The word adorned several hats and accessories in Siriano's latest collection, including face masks, which are for sale on his website. 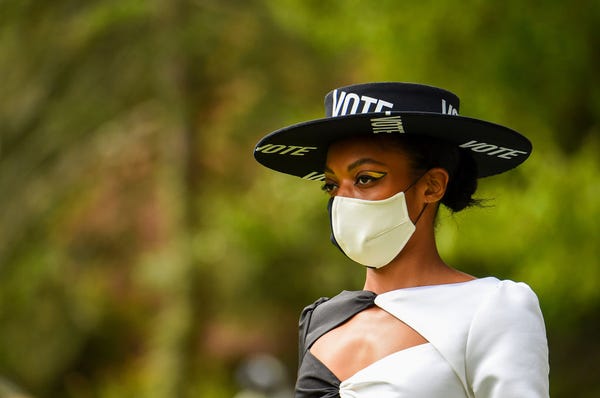 The designer is selling a $35 "Vote"-printed face mask as an homage to some of the garments and accessories he showcased at the runway show.

The designer said that he found inspiration for his collection from iconic '80s and '90s styles. 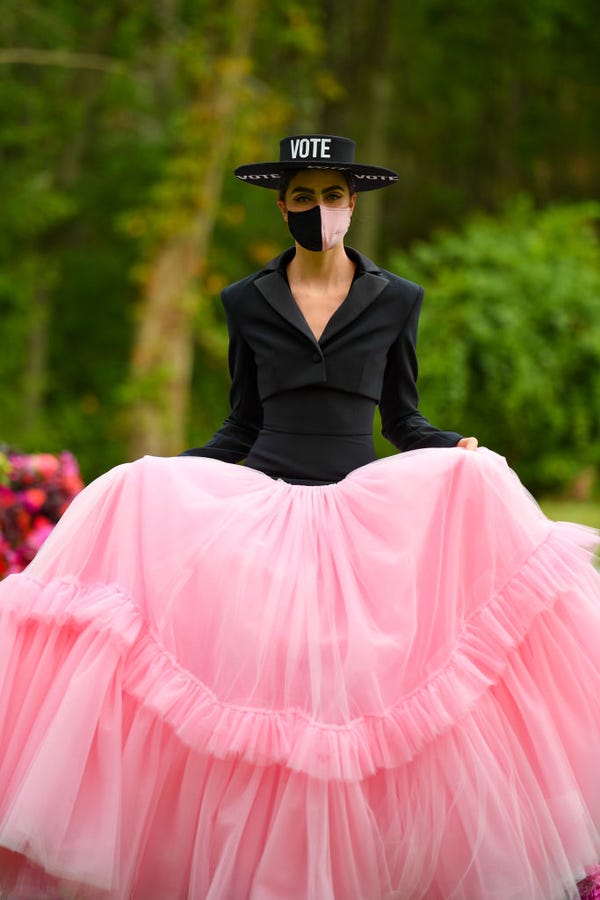 "It reminded me of when I was growing up wanting to be a fashion designer — that's kind of what inspired everything," Siriano told Vogue of the '80s- and '90s-inspired styles that appeared in his fashion show, including voluminous skirts and a paint stroke-printed fabric.

The runway show also featured the pregnant supermodel Coco Rocha, who took a dip in the pool for a memorable moment. 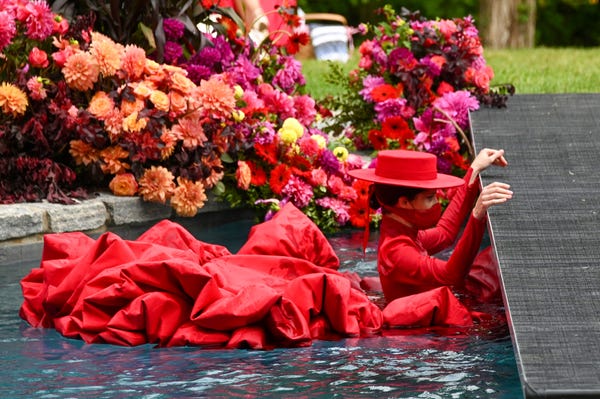 Rocha took to TikTok to share behind-the-scenes moments from Siriano's backyard fashion show, revealing what rehearsals looked like, and that walking on grass with heels is "quite difficult."

How I ended up in a pool during New York Fashion Week 💃 Stay tuned for part 2! ##NYFW ##tiktokfashionmonth ##ChristianSiriano ##Runway ##Model ##Fashion

Siriano joked that the runway's backstage was the home's kitchen.

"When backstage moments are in your kitchen lol lol," Siriano wrote on Instagram, referencing the unconventional — but memorable — fashion show setting.