Designer Henry Holland, 35, shows off his dramatic 12-week weight-loss after telling his gym he was sick of being a fat b****** and wanted to be ‘Love Island ready’

Henry Holland has unveiled a dramatic new look after transforming his body in just three months.

The blonde-quiffed designer, 35, who owns eponymous label House of Holland, has been showing off his new athletic physique in startling before and after photographs.

Holland, who threw a celebrity-studded party at Boundary Rooftop Bar and Grill in Shoreditch to mark his latest collaboration this week, looks lean after hitting the gym and overhauling his diet. 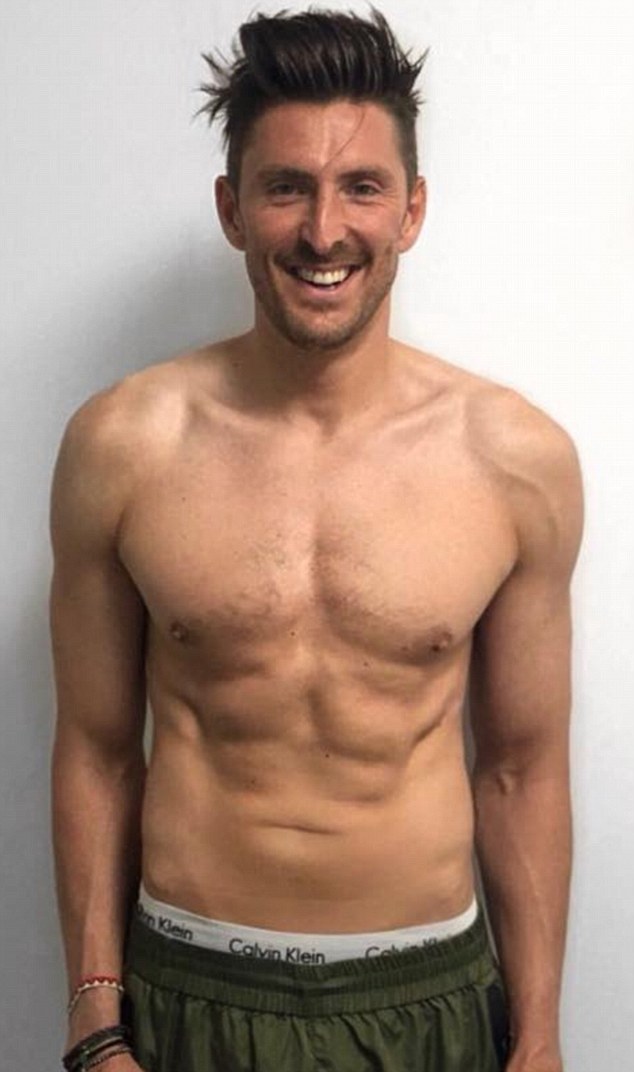 Looking good! Henry Holland unveils the results of a 12-week fitness regime after he told Roar gym he needed to be ‘Love Island ready’ by the time his July holiday came around 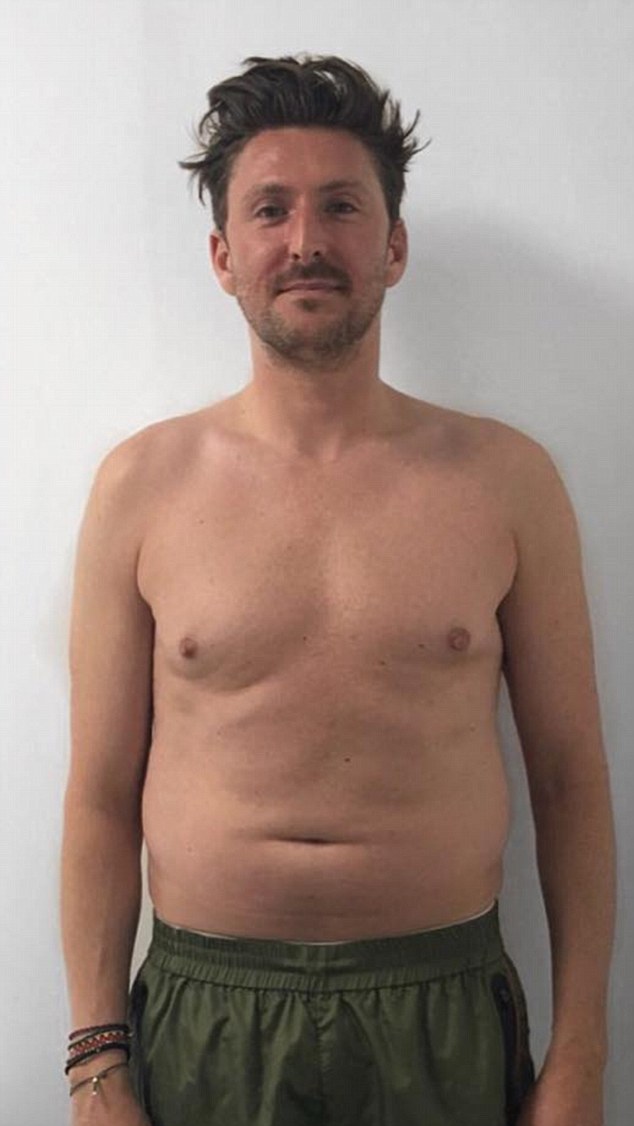 The British designer was less-than-complimentary about his physique before he hit the gym, calling himself a ‘fat b******’

He told his 149,000 Instagram followers that he began fitness training at Roar gym because he was tired of being a ‘fat b******’ and wanted to be ‘Love Island ready’ in time for his July holiday.

Clearly delighted with his impressive new body, Holland added: ‘Mission accomplished. Off to the villa. Laters.’

Thousands of people left supportive comments on Holland’s photo and the before and after images amassed more than 6,000 likes in less than an hour.

Earlier this week, Holland partied with Pixie Lott as he celebrated a collaboration with trendy stationary company Papier. 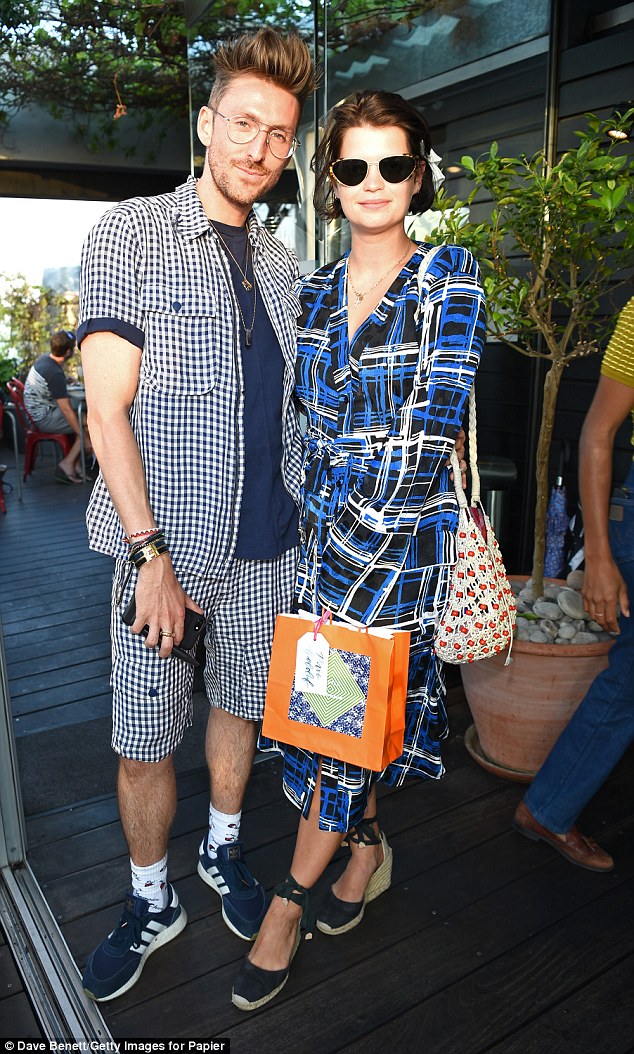 Famous friends: Henry pictured this weekend with Pixie Lott as the pair celebrated the launch of House of Holland’s collaboration with Papier 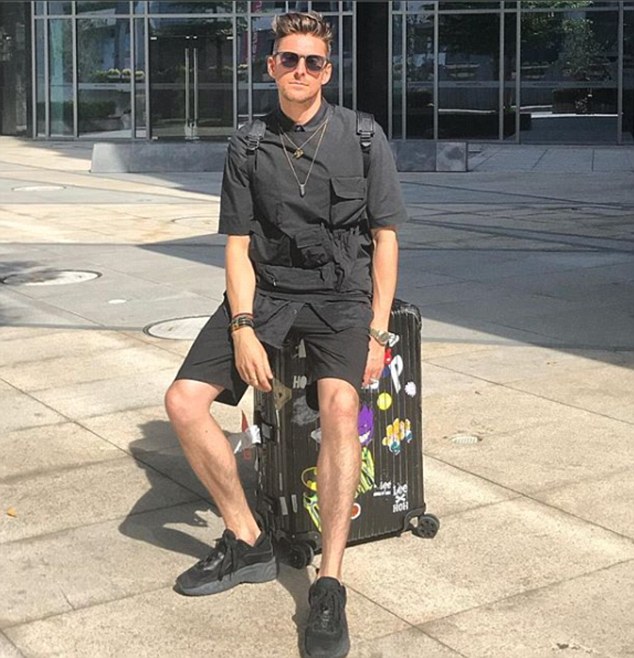 Mission accomplished! The svelte-looking designer pictured last week; he’s preparing to jet off on holiday in the coming days

Holland, who studied at studied at the London College of Communication and hails from Ramsbottom, in Manchester, shot to fame with his eye-catching slogan t-shirts and his friendship with supermodel-turned-actress Agyness Deyn.

The designer has a string of high-profile friends including Paloma Faith, Alexa Chung, Edie Campbell and Pixie Geldof.

While the 35-year-old designer has dressed a host of famous names, his feet are firmly on the ground, having recently created a range of Tote bags for high street giant Primark.

The four designs were created to help mark Graduate Fashion Week and proved a hit with fashionistas in the cut-price chain.