In just a few days, Meghan Markle will become the most famous bride on the planet.

Millions of people around the globe will be tuning in to watch the nuptials, not only because the day will be a culmination of a fairy tale for a little girl brought up by a single parent in Los Angeles, but also because it will officially complete the “fab four,” as Prince William, Kate Middleton, Prince Harry and Meghan have come to be known.

As with royal weddings of the past, all eyes will be on what the bride chooses to wear. Her dress and overall look will become an iconic image that is sure to dominate social media for decades to come.

Presumably, that will entail some preparation. So how is Meghan preparing for her big day? In the first in a series of columns about the royal family, we’ve uncovered some of the secrets to Meghan Markle’s incredible health and fitness regimen and how she’s already started incorporating her California lifestyle into her new home at Kensington Palace.

Even before Meghan became famous playing Rachel Zane on Suits, staying in shape was her number-one priority. Her mom, Doria, is a yoga teacher and Meghan was taught from an early age the importance of looking after her body (not just for physical health but also for her mental well-being).

As Meghan explained to Shape magazine a few years ago, “You have to find a workout routine that really speaks to you beyond trying to get goals for your body. So for me, running, I need it as much like for my head and clearing my head as I do for keeping in shape.”

Jogging is something Meghan has always been passionate about. It’s something she would often do with her best friend in Toronto, Marcus Anderson, and it’s always been a great way for her to de-stress from the demanding hours of her work. 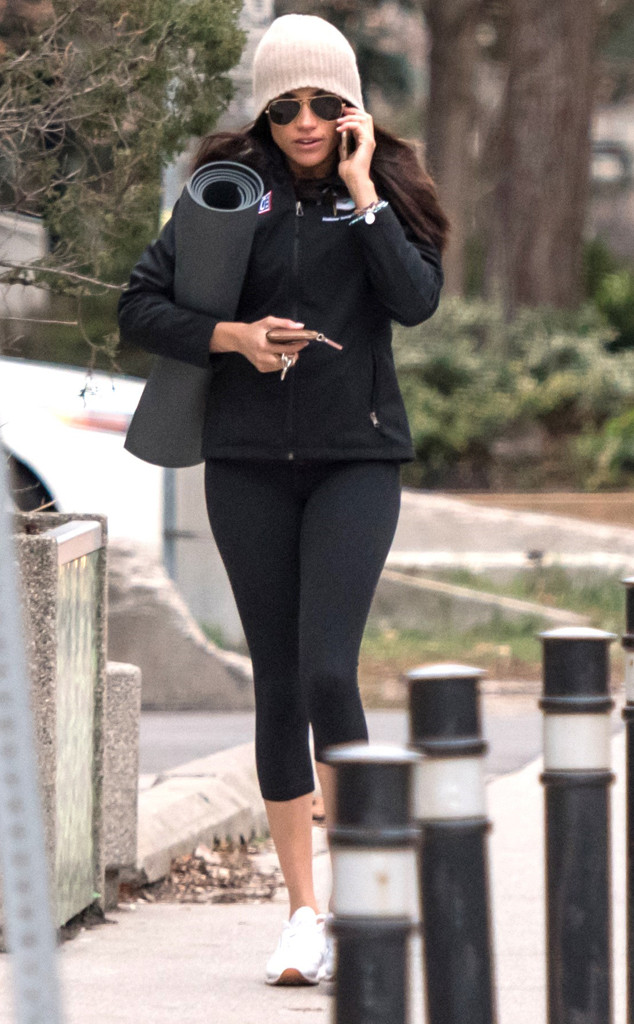 But after moving to London at the end of last year to prepare for life as a future duchess, hitting the trails in public, where paparazzi can easily be lurking in the bushes, is not an easy feat.

While her new home is in an ideal location on the edge of Hyde Park (a place where many A-list celebrities like to exercise when they are in the city), not even a baseball cap disguise her increasingly high-profile identity. An inside treadmill remains an option to burn off the stress, as is Vedic meditation, something Meghan has been trained in for a while.

Within the safety of home, Meghan likes to watch workouts online (she’s admitted to being a big fan of Tracey Anderson), which she can dip in and out of depending on her schedule. “[I] do little 15-minute increments… Just find those little bits of time that help, and at the end of the day, you’ve had a full workout!” she explained to Shape. 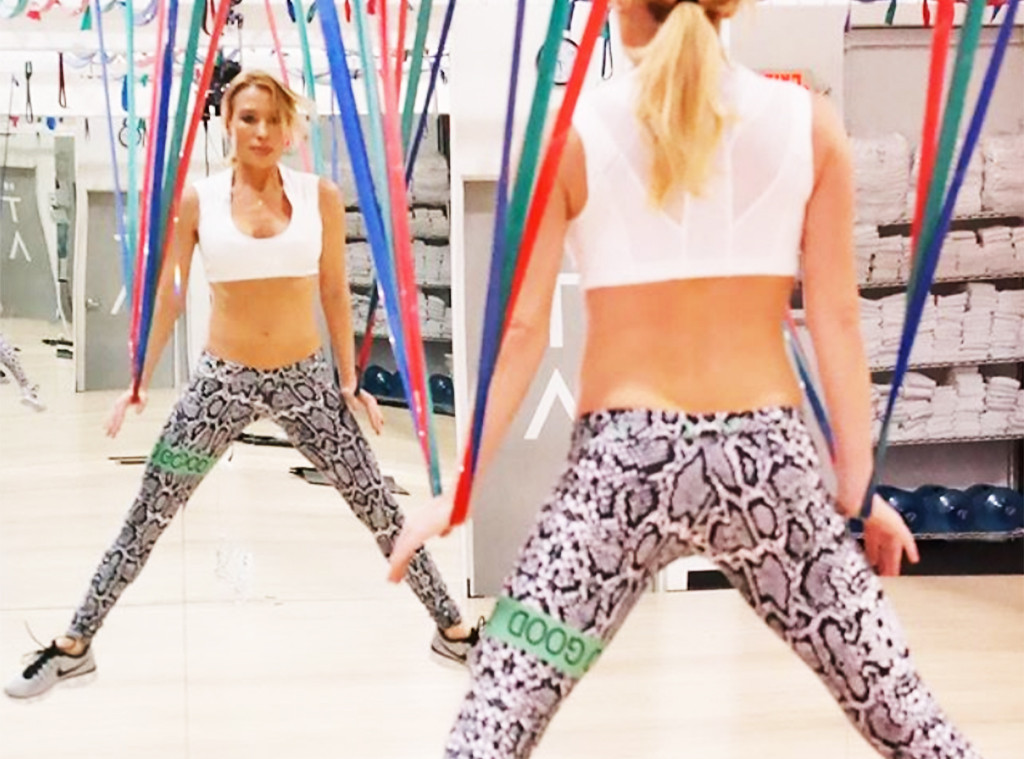 Then there are her regular yoga and Pilates sessions. While in her hometown of Los Angeles, Meghan attends a candle-lit hip-hop yoga class at Y7 Studio. Owner Sarah Levey tells E! News about her now globally famous client, “She is really sweet. Our staff loves her, she is really great. Always super kind and gracious.” 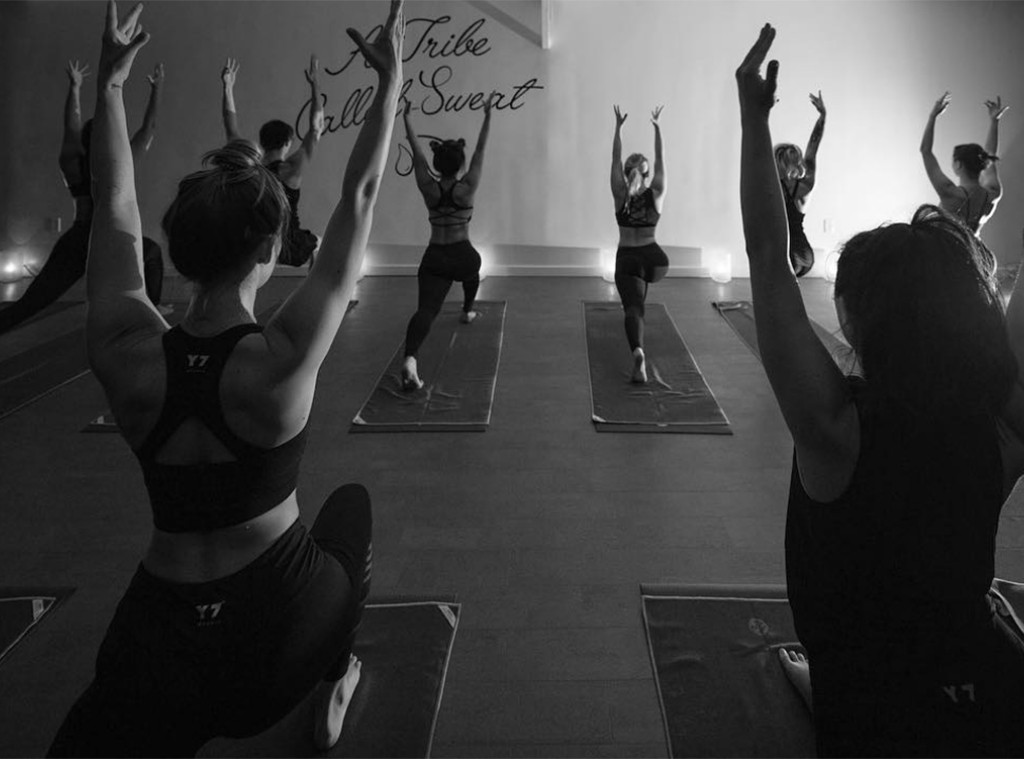 At Y7, Levey explains, “We use the beat of the music to drive the breath. So we practice one breath to one movement. We use a slower beat when we are beginning in class and as the class ramps up, the beat gets faster and we are timing your breath with that so you are really moving and its fun!”

London has a slightly less progressive workout scene, so in lieu of a hip-hop yoga studio Meghan has been making secret visits to hot yoga near the palace. The studio is even kitted out with special lighting to combat Seasonal Affective Disorder to help improve mood during those rainy London days, an especially useful amenity for clients who grew up used to the Californian sun year-round. 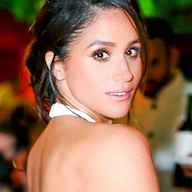 This Meghan Markle Workout Will Get Any Bride Wedding-Ready

When it comes to Pilates, Meghan once credited the reformer at Studio Lagree in Toronto with changing her body. But when she is in L.A. to visit her mom she goes to Pilates Platinum, which is owned by one her good friends, Heather Dorak. Heather even joined Meghan on the girls-only European vacation Meghan took in the weeks following her first blind date with Harry (We can only imagine how juicy the girl talk on that holiday must have been!). 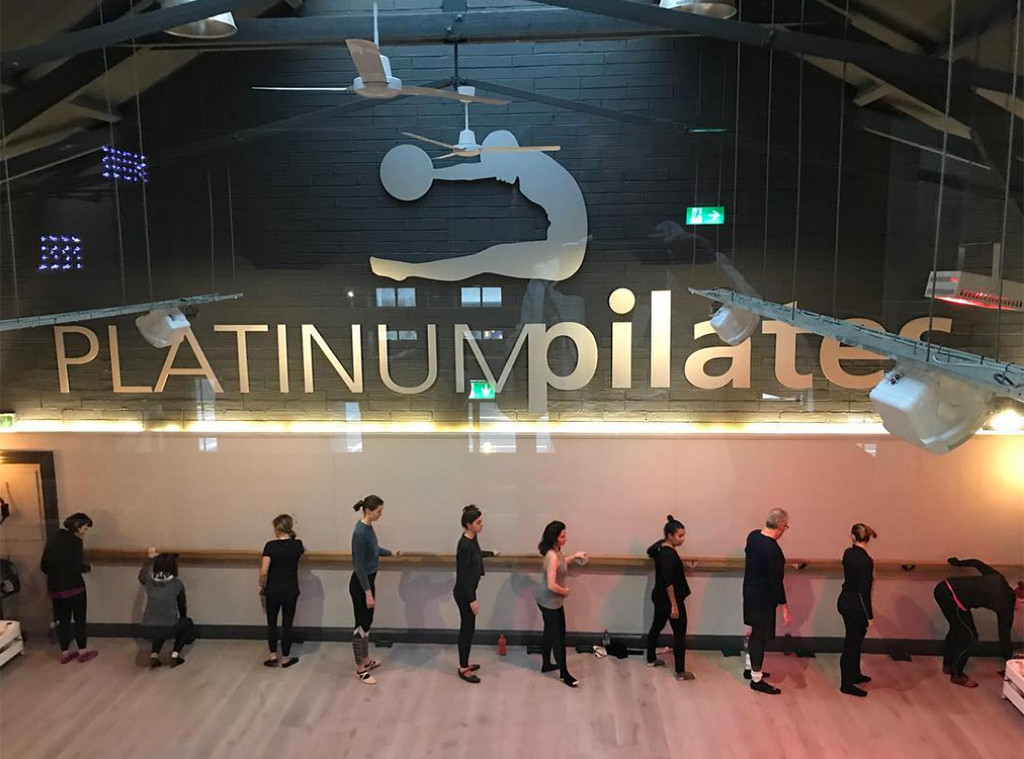 In the year and a half since they first met, Meghan and Harry have had to get to know one another behind closed doors. When they are holed up in Harry’s former bachelor pad, Nottingham Cottage (it’s likely they will upgrade and move into 21-room Apartment 1 at Kensington Palace once married), Meghan, who is an avid foodie, enjoys preparing fresh meals such as homemade chia pudding, nutrient-loaded fritatas, vegetables and fish. Luckily for Meghan, her new home is just over the road from one of the city’s biggest health food stores. Like Gwyneth Paltrow, Meghan occasionally follows Dr Junger’s clean program but if she’s in a cheat mood, she’ll splurge on a burger and fries and a glass of wine. 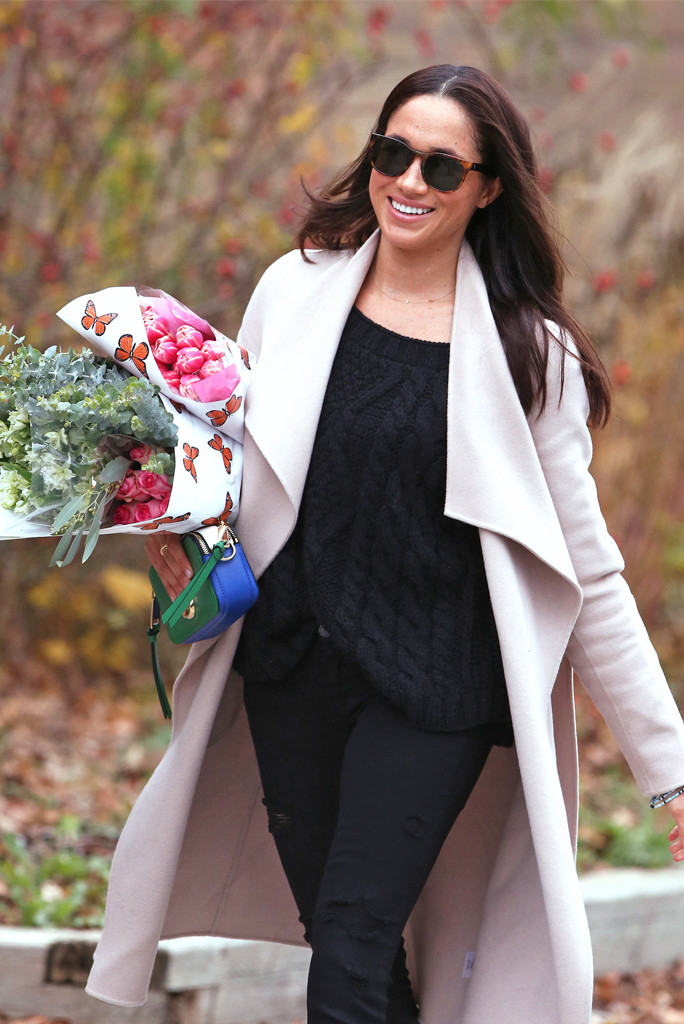 It’s inevitable the closer we get to the wedding day, the busier Meghan’s schedule will become as she starts to make last-minute preparations for what will be a full-time role in the public eye. Joe, who runs Revitasize, her favorite health food cafe in Toronto, says in times of stress, Meghan likes to boost her fruit and vegetable intake so she can increase energy and better handle the pressure.

“She is incredibly health conscious and very aware of what type of food she’s putting in her body,” he tells us from his Yorkville store. “She would come in two or three times a week and absolutely loved to eat our Acai bowl because she could customize it by adding super food such as bananas, chia seeds or hemp hearts. She was always switching it up.

“She was also really into green juice,” Joe adds. “Some people like to sweeten them with fruits but Megan preferred hers to be very leafy and green. She also really liked our soups because they are dairy and gluten free. Her favorites were the coconut and mushroom soup or the broccoli and dill.” 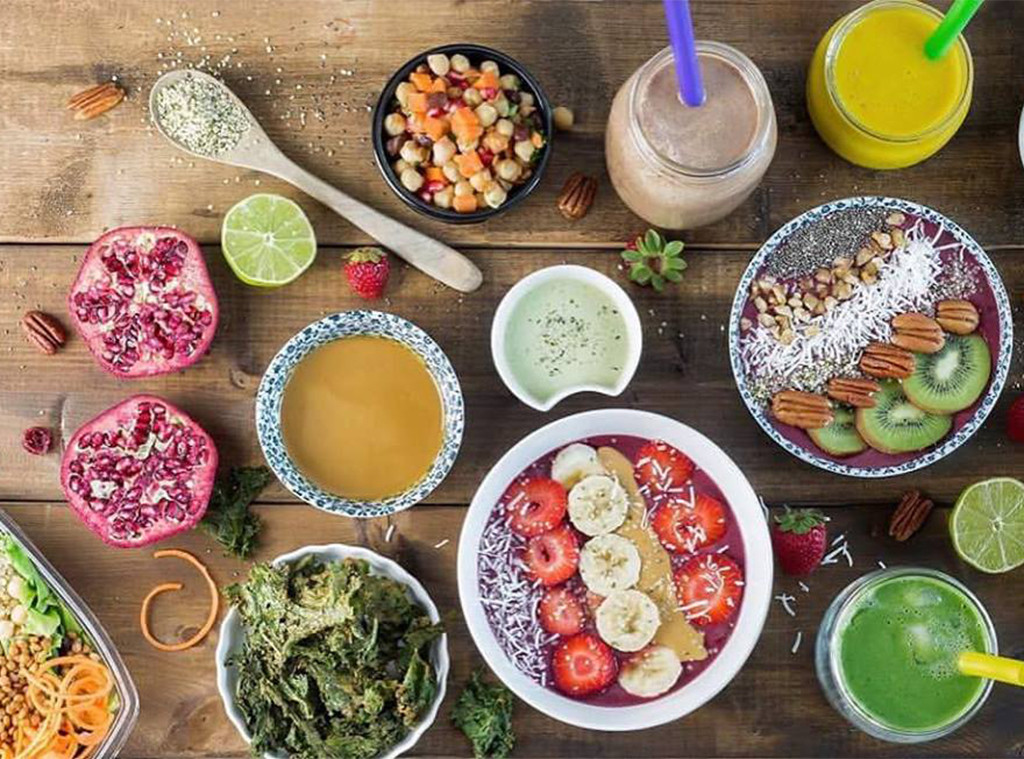 Joe says he never met Harry (despite the prince’s multiple undercover visits to the city) but Meghan is “so genuine, sincere and a good person.” He continues, “We shared a passion for healthy eating. She knows that by eating cleaner, you are going to feel better.

“And that’s really going to be the secret to her wedding. She is committed to being healthy. It’s a lifestyle for her.  That’s who she is and why she’ll be able to handle the stress of the day.”

For more insider details on how Meghan Markle is preparing for her big day, tune into E! News tonight at 7 p.m. & 11 p.m.