Do you know your zygote from your oligozoospermia? Expert decodes the most CONFUSING fertility jargon for prospective parents

It’s 40 years since the first IVF baby was born, bringing joy to thousands of couples who might otherwise have been unable to conceive.

But while the NHS estimates that one in seven couples will still have difficulty conceiving, the fertility industry remains full of bamboozling jargon – from zygote to oligozoospermia.

Despite the wealth of information and advice now available, the language and terminology used can often be complicated, making the process confusing and overwhelming.

Here Dr Victoria Walker, leading fertility expert at Spain’s Institut Marques, has de-coded a list of the most confusing medical terms used in the fertility industry. 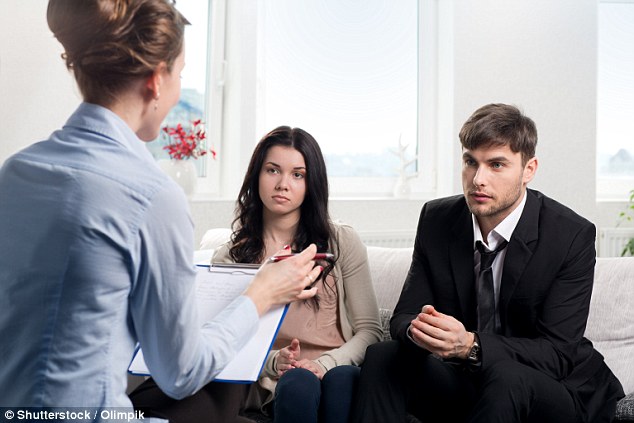 ARTIFICIAL INSEMINATION ‘This term describes the process of sperm being inserted directly into a woman’s cervix or uterus to initiate a pregnancy.’

ASTHENOZOOSPERMIA ‘This is the poor mobility or movement of sperm in the semen. If a man’s sperm has poor mobility, then a couple may find it challenging to conceive naturally.’

ECTOPIC PREGNANCY ‘An ectopic pregnancy is a pregnancy that occurs outside a woman’s uterus. For example, it could implant in the fallopian tubes, ovaries or abdominal cavity. Unfortunately, it is not possible for a fetus to develop outside the womb, and ectopic pregnancies can be dangerous for the mother.’

EGG DONATION ‘Egg donation is a form of fertility treatment for women who are unable to use their own eggs for conception, but can still carry a child in their womb.

Eggs which have been donated by a donor are fertilised with the woman’s partner’s sperm (or donor sperm if required) to create an embryo, and this is then transferred directly into the woman’s uterus to try to initiate a pregnancy.’

ENDOMETRIOSIS ‘If a woman is diagnosed with endometriosis, it means that she has cells like those that would normally line her womb (endometrial tissue) but elsewhere in her body.

This tissue will thicken, break down and bleed with her menstrual cycle (just like the lining of her womb) but this particular tissue and blood has no way of leaving her body – leading to pelvic pain, swelling, scarring and difficulties becoming pregnant.’

ENDOMETRIUM ‘This is a thin membrane lining the inside of the womb, which the fertilised embryo embeds into.’ 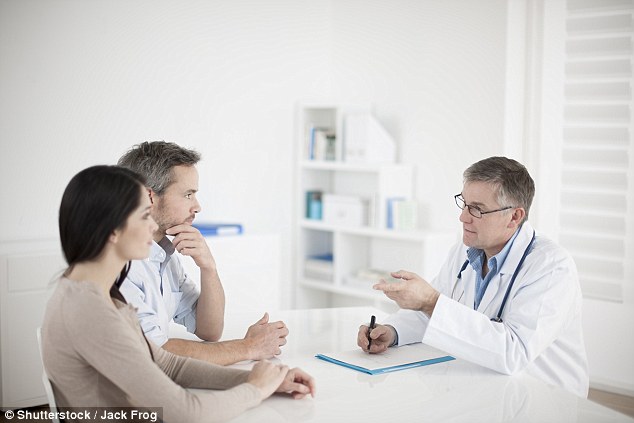 INTRAUTERINE INSEMINATION (IUI) ‘IUI is an assisted reproduction technique which involves placing a man’s sperm (from the partner or a donor) directly into the woman’s cervix or uterus around the time of ovulation.

Fertility treatment is being increasingly rationed by NHS trusts.

Most Clinical Commissioning Groups offer couples just one course of IVF, or cycle, whereas experts recommend three to maximise their chances of success.

Some trusts refuse to pay for any courses at all, including Herts Valleys and Cambridgeshire and Peterborough. Even if the trust theoretically funds one or more IVF cycles, couples must meet strict requirements to qualify for treatment.

They must be under the age of 42, have been trying unsuccessfully to have a baby naturally for a year and cannot have any existing children – even from a previous relationship.

Couples also face being turned down if either one of them is obese or a smoker.

IN VITRO FERTILISATION (IVF) ‘IVF is an assisted reproduction technique which helps people with fertility problems to have a baby. During IVF, an egg is removed from the woman’s ovaries and fertilised with sperm in a laboratory. The fertilised egg (called the embryo) is then returned to the woman’s womb where it will hopefully implant and develop into a baby.’

OLIGOZOOSPERMIA ‘This is a term used by specialists to describe when a man has too few sperm to fertilize an egg, and is a common finding in male infertility.’

POLYCYSTIC OVARY SYNDROME (PCOS) ‘PCOS is a common condition which is caused by an imbalance in the sex hormones, and affects one in ten women of childbearing age.

The condition can cause menstrual abnormalities, skin and hair changes, obesity, infertility and other long-term health problems. Due to their hormonal imbalances, women with PCO often have difficulty ovulating, and therefore of creating a pregnancy.’

SUBFERTILITY ‘This is a term that is used by practitioners when a man or a woman’s fertility is not in peak condition.’

ZYGOTE ‘A zygote is an egg cell that has been fertilised by a sperm cell and contains the full set of DNA needed to make a baby.’