Man, 56, whose wife attacked him with hammers, knives and a tin of beans reveals he attempted suicide because it was the ‘only way out’ before she became the first woman in the UK to be convicted of coercive behaviour

A man whose wife was jailed for her campaign of violence against him has told how he was driven to taking an overdose because he felt there was only ‘one way out’ of her barrage of abuse.

Tony Hannington, 56, who was born in Hampshire but moved to Kent, survived six years of verbal and physical abuse including punching, kicking, attacks with hammers and knives, and death threats at the hands of his jealous and controlling wife, Tracey.

The abuse came to a head in 2019, when Tracey lunged at her husband’s stomach with a knife at their home in Herne Bay, Kent. Shortly after the incident, Tony says he ‘gave up’ and took a mixture of alcohol and pills before passing out.

The incident motivated him to contact a domestic abuse charity and begin building a case against Tracey – who was later jailed for two years and became the first woman in the UK to be convicted of of coercive behaviour.

In Crime + Investigation’s Survivors with Denise Welch, Tony said: ‘I thought I was just existing. I didn’t think I was living. You’re in so deep there’s only one way out really.’ 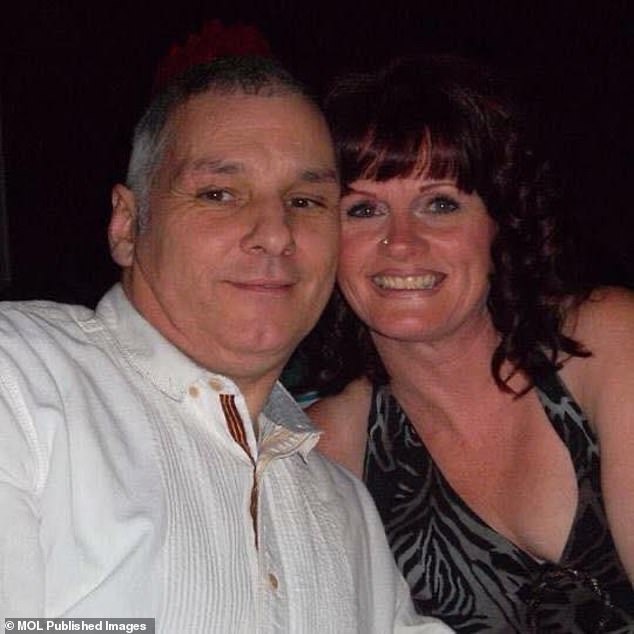 Tony Hannington, 56, from Kent (left) survived six years of verbal and physical abuse at the hands of his wife Tracey (pictured right) 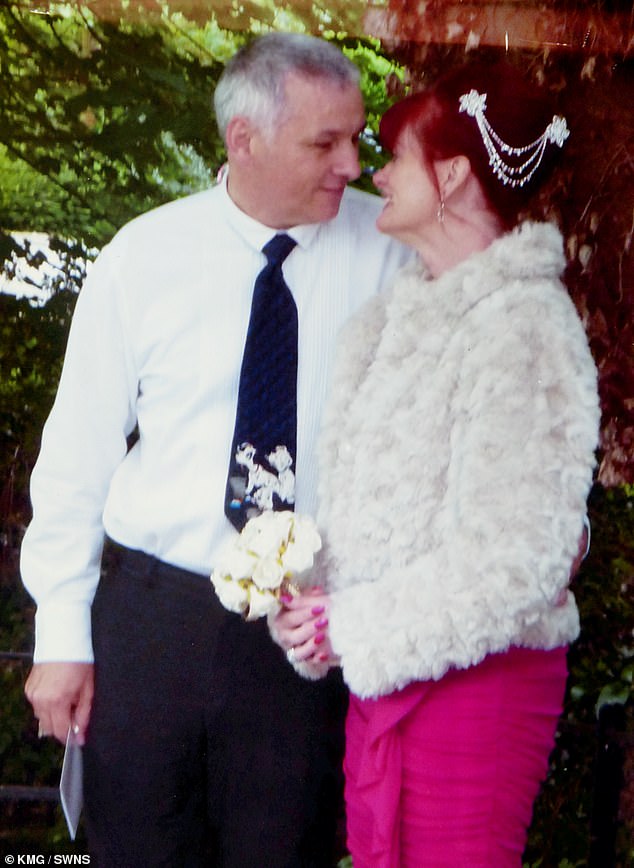 The pair met on a dating website in 2012 and Tracey moved in with Tony just three weeks after their first date. They tied the knot at a ceremony in Canterbury six months later (pictured)

Tony was born in Hampshire before moving to Dartford, Kent, with his five sisters and two brothers. A diagnosis of epilepsy as a child meant he left mainstream education at the age of six.

It was his sister who taught him how to read and write, and a teenage Tony took exams to become a scuba diver, with dreams to go abroad and work as an instructor.

However, Tony eventually became a the owner of a transport business and had a child with his first wife. After a second marriage failed, Tony joined a dating website and met Tracey in 2012.

‘I was kind of looking for friendship’, explained Tony. ‘Just friendship. We agreed to meet up and we did. We went to a pub in Essex. The date went well we laughed and joked a lot. There was a lot of connection put it that way. She was a nice looking girl’.

The pair quickly became an item and Tracey moved in with Tony just three weeks after their first date.

After just six months of dating the pair got married at Canterbury Register Office. Tony went on to say how things quickly began to fall apart in their relationship, with Tracey picking fights over small things and trying to put Tony down with insults. 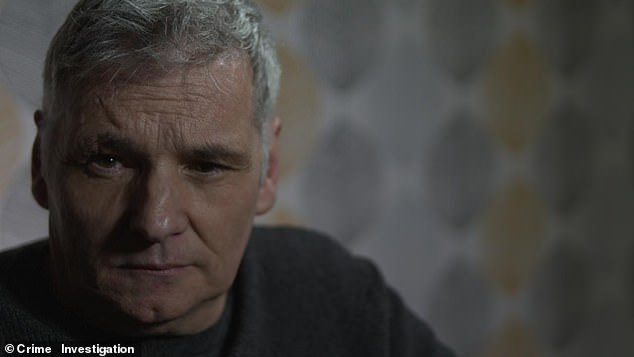 Over the next 12-months, their relationship descended into a tirade of verbal abuse at home and over the phone.

In one phone recording, Tracey can be heard saying: ‘No one knows what it’s like to live with a pathetic parasite like you, you have used me. You can’t do it anymore.

‘I promise I’ll put a knife in you, I don’t care if you’ve got me on loud speaker. If you want to put me to the test, do it.’

The verbal abuse soon turned physical with punches to the arm and slaps around the face, but Tony didn’t feel he could retaliate.

‘I didn’t really do anything to be fair, I used to think of my dad saying you should never hit a female,’ he said.

A year into the marriage, Tracey was heard punching her husband by neighbours, who rushed over to separate the couple. 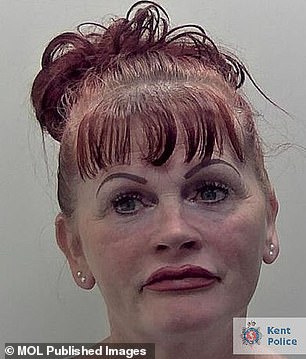 She would also straddle Tony, striking his head, arms and body, and throw water over his bed to deprive him of sleep.

She would smash her husband’s possessions and pin him up against the wall, digging her nails into his windpipe.

On another occasion, she smashed him over the head with a tin of beans.

On one occasion she raised a carving knife to his throat and, on another, brandished a different blade at him, digging it into his neck.

Her frequent attacks included swinging a hoover head into Tony’s face, hurling tea cups and their contents and smashing bottles of his aftershave.

‘She wanted a reaction but I wouldn’t give her one, that’s what made her worse’, said Tony. ‘She always used to say “Oh I’m sorry, I’m sorry, we’ll draw a line under it and start again tomorrow”, but two days later it was the same again. Looking back now I just think it was a game to her.’

Tracey would often make baseless claims about Tony having affairs, and he recalled an incident where she began hitting him across the legs with a wooden plank because she didn’t like one of his friends on social media.

‘She asked me to remove a friend, it was a guy but she didn’t want him on there,’ he explained. ‘Next to the bedroom where I stay there was a cupboard with no door and in there I kept some tools.

‘She came out with a piece of wood and struck me with that a couple of times across my legs. She kept punching my in the head and I just put my hands up. I was too scared it would get into a fight. She would lash out even more so I let her crack on.’ 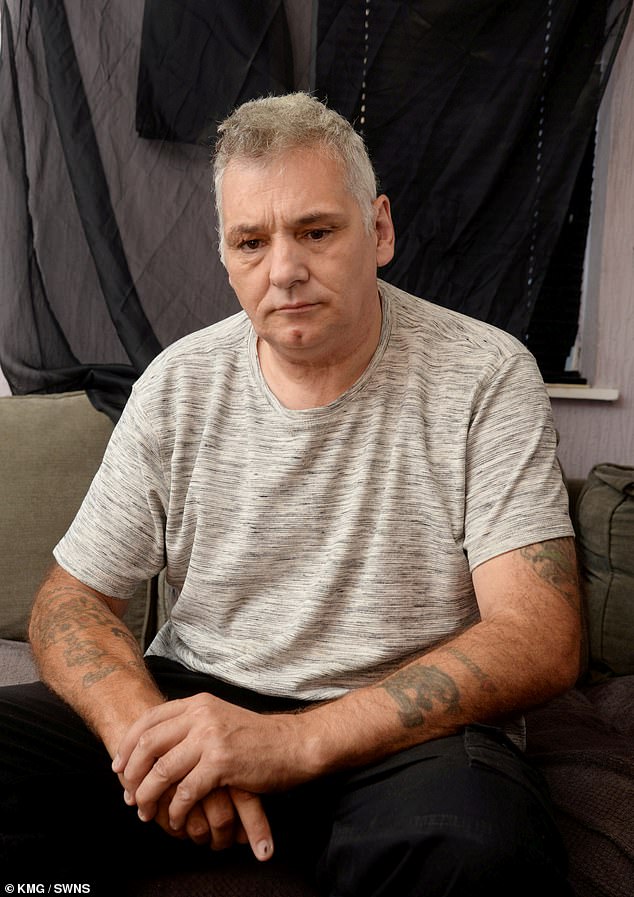 Tracey would smash her husband’s possessions and pin him up against the wall, digging her nails into his windpipe. On another occasion, she smashed him over the head with a tin of beans

In 2019, Tracey lunged at her husband’s stomach with a knife. Believing she was prepared to kill him, he tried to move the knife away and was left with a badly gashed hand.

Tony called time on the marriage, but she refused to leave their flat – threatening to kill her husband if he didn’t give her the home.

In another terrifying recording Tracey can be heard saying: ‘I will get this flat, I will take you off of this planet. You will give me this place because you have no place in it, if I don’t stab you I will set fire to it, simple as’.

‘It started again, it was like it never stopped. She was constantly going on at me, the more upset I got the more of a kick she got out of it.

‘In the end I just gave up. I emptied out all the tablets into a glass, waited for them to dissolve, stirred it up and with the liquid in the glass, started taking the rest of the tablets you swallow with.

‘Once I took them all I started drinking the rest of the whiskey and got into the bath. It just sort of started going dark very slowly and then I passed out.’ 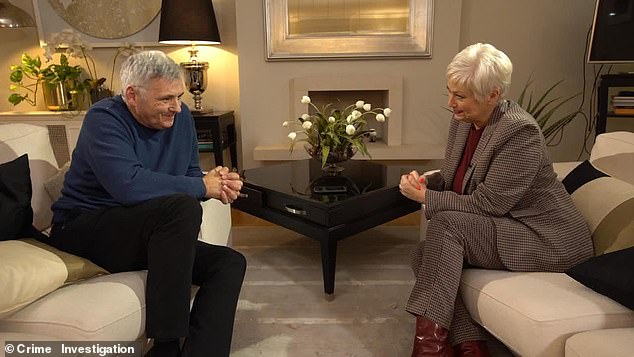 Tony (pictured left, and Denise Welch, right) told the attempt to take his own life was a turning point for Tony, who confided in family members who pointed him in the direction of Kent-based domestic abuse charity Rising Sun

The attempt to take his own life was a turning point for Tony, who confided in family members, who pointed him in the direction of Kent-based domestic abuse charity Rising Sun.

Though set up for women, the charity gave crucial advice to build case against Tracey. Tony began recording the incidents through a phone given to him by his friend Maxine, as Tracey was monitoring his own mobile.

After six years of abuse, Tony made the decision to press charges against Tracey and in October 2019, she was convicted of ABH controlling and coercive behaviour. She served eight months behind bars and the rest of her sentence on licence.

Tony told the court that the pair’s marriage was ‘a ceaseless campaign of hatred and abuse’.

The court was told of the impact on Mr Hannington. A statement said: ‘Before, he was happy going out but wouldn’t consider doing that now.

‘He is ground down where he’s contemplated taking his own life and convinced himself the only way out is to end his own life.’ 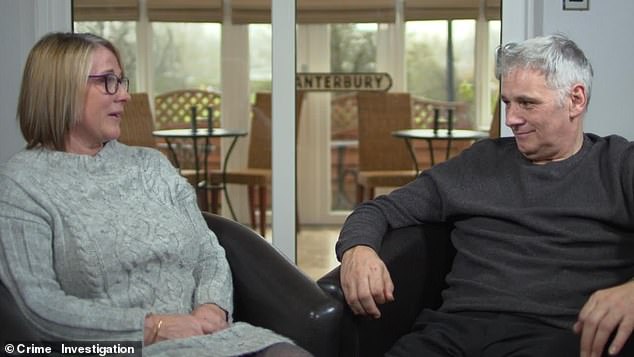 Though set up for women, the charity gave crucial advice to build case against Tracey. Tony began recording the incidents through a phone given to him by his friend Maxine (pictured left)

Hannington’s lawyer Kerry Wait insisted she has ‘trust issues’ and has since sought medical help for her volatile behaviour – including taking anti-depressants and anti-anxiety medication.

Hannington ‘accepts the relationship is over’, but still hopes that it could be repaired, the court heard.

Judge Weekes said Hannington had been ‘manipulative and deceitful’ in her ‘cunning and devious abuse’.

He said: ‘It’s difficult to imagine a more sustained period of abuse. All domestic abuse adversely affects the victims for a good deal of their lives.

‘I have read with concern and sympathy the victim statement and I want you to listen again to what you have done to him.

‘He feels that he has suffered a ceaseless campaign of hatred and abuse. Put simply, you have ruined your husband’s life and made him suicidal.’

While behind bars Tracey was given the opportunity for early release, but Tony said: ‘She showed no remorse in what she was doing so they kept her in there.

‘They reviewed it another month and in the end she stayed in eight months when she could have come out in six, because she showed no remorse’.

Tracey was given a restraining order and Tony has been given a new address in another part of the country for his own safety.

The brand new and exclusive six-part series Survivors with Denise Welch premieres on CRIME+INVESTIGATION, with the fourth episode airing on Sunday 2nd May at 9pm. Episodes will be available for 30 days on catch up.