Drivers along parts of the East Coast are feeling the immediate effects of the shutdown of the Colonial Pipeline following a ransomware attack, reports CBS News’ Laura Podesta. Some waited an hour or more on lines at gas stations before filling up or learning the pumps had run dry.

In Marion, South Carolina, Yasheeka Wiggins said, “It was unbelievable. When I was driving today, I thought it was a catastrophe coming! I’ve seen all these cars waiting and I was like, ‘OMG. I have to fill my tank up!'” 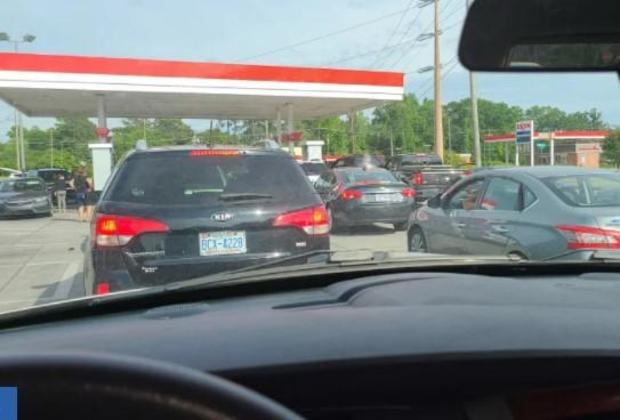 The South was being hit hardest. Late Monday night, almost six-and-a-half percent of gas stations in Virginia were out of fuel, according to travel app GasBuddy. It said more than 1% of stations in North Carolina and Florida had no gas.

North Carolina Governor Roy Cooper declared a state of emergency and suspended some regulations to make sure the state has enough fuel.

And availability may not be the only issue.

“If this outrage goes past the end of the week … prices could spike pretty dramatically,” said Kevin Book of Clearview Energy Partners.

“It’s very difficult to pin the exact amount prices may rise, but for now, it appears to be a few cents per gallon, possibly growing more significant if the pipeline remains shut down for more than 2-3 more days,” GasBuddy said in a blog post on Monday. 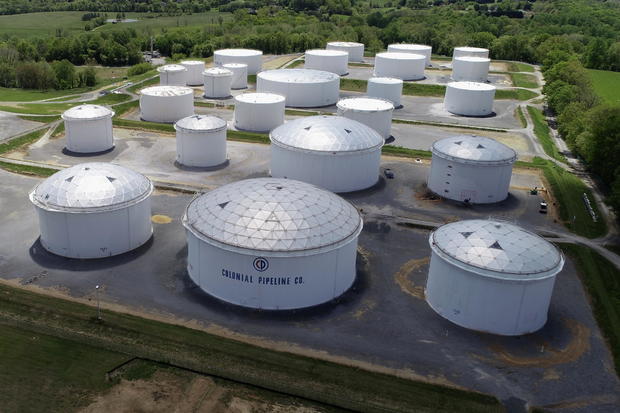 Prices were already edging up before the cyberattack, due to growing consumer demand and resurgent economic growth. Over the last week, the national average for a regular gallon of gas has risen 6 cents to $2.96, according to AAA. Should that trend continue, an increase of 3 more cents would bring the average to $2.99, which would be the priciest gas since November 2014, the auto club said.

Around the nation, gas prices ranged from a high of $4.10 in California to a low of $2.61 in Mississippi, according to AAA.

Major airlines including American, Delta, United and Southwest reported no significant impact as of Monday night.

The 5,500 mile pipeline delivers roughly 45% of the fuels used on the East Coast.

The FBI says a group of Russian cyber criminals who call themselves DarkSide is behind the disruption.

The pipeline company was forced to pause the line’s operations after the hackers accessed its computer systems.

President Biden said Monday he doesn’t think the Russian government is to blame.

“I’m going to be meeting with President Putin and so far, there is no evidence based on, from our intelligence people, that Russia is involved. Although there’s evidence that the actors, ransomware, is in Russia. They have some responsibility to deal with this.”

U.S. officials and Colonial Pipeline say they hope to get fuel flowing fully again later this week. They insist there’s no significant shortage yet.

But Colonial Pipeline’s website was down on Tuesday morning.

The company said Monday a portion of the pipeline is back online under manual control.