Ear piercing debate on This Morning descends into CHAOS

Furious debate on This Morning descends into chaos as one woman compares ear piercing to female genital mutilation – but is she overreacting?

A debate on This Morning descended onto chaos when one mother compared piercing a child’s ears to female genital mutilation.

The heated discussion took place on Tuesday morning as Alley Einstein hit out at fellow journalist Raj Gill, who admitted she had let her daughter get pierced at five years old.

Mother-of-one Alley argued that children should not be able to get earrings until the age of 10, dismissing ‘cultural differences’ as a justification, and even went as far as comparing parents who allow it to Hitler.

She said: ‘We’re forcing children to be sexualised too early. Do you support FGM? How can you possibly say you’re campaign against that when you agree with ear piercing? We need to protect our children.’

A furious debate arose on This Morning as Raj Gill, left, and Alley Einstein, right, clashed on the issue of ear piercing – with Alley comparing it to child abuse and FGM

Alley added: ‘There’s no culture in this world that will ostracise a child because they haven’t had their ears pierced.’

But viewers were divided over her comments, with some condemning her Hitler reference, while others agreed it was ‘ridiculous’ to let a youngster get their ears pierced.

Alley, who has previously claimed that being a mother makes her a better employee, was also accused of ‘trying to put standards on other people’ by one social media user.

They wrote: ‘Don’t compare children to dogs. If she doesn’t want to do it to her children [that’s] her problem.’

Raj said it was a ‘parent’s prerogative’ to let their children get pierced, and accused Alley of calling her a bad parent.

Controversial: Alley argued that children should be ‘at least ten years old’ before getting earrings, dismissed ‘cultural differences’ as a justification

Outspoken: Alley, who has previously claimed that being a mother makes her a better employee, was also accused of ‘trying to put standards on other people’ by one Twitter user 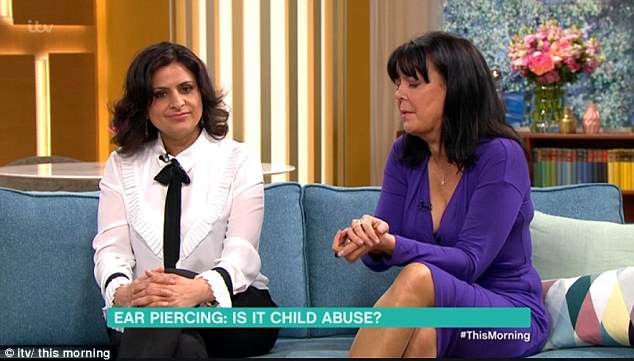 Responding to the heated debate on Twitter, on viewer wrote: ‘Don’t compare children to dogs. If she doesn’t want to do it to her children [that’s] her problem’ 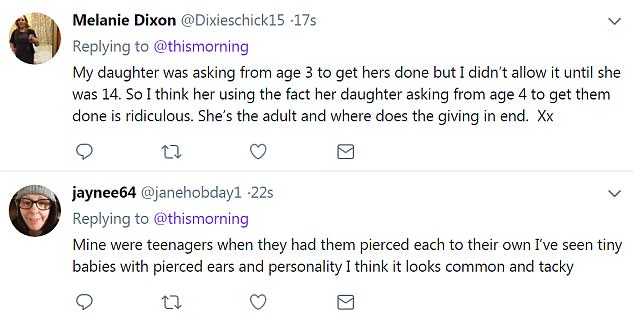 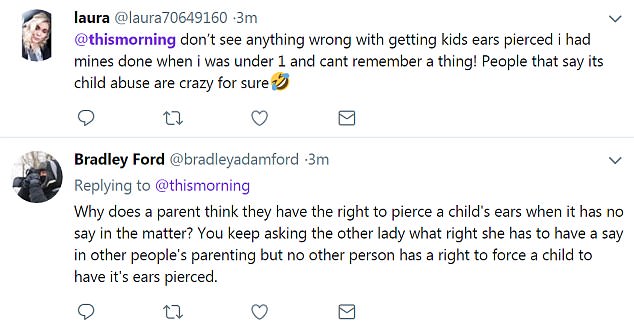 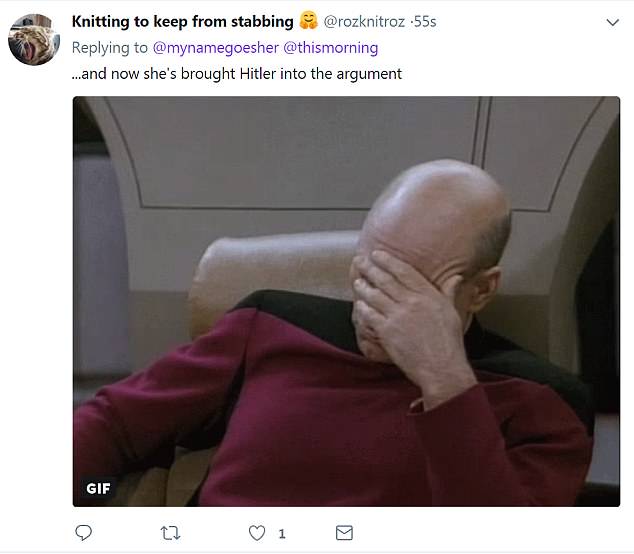 Divisive: Viewers were torn over her comments, with condemning her for referencing Hitler, while others agreed it was ‘ridiculous’ to let a youngster get her ears pierced

She also insisted the procedure was painless for her young daughter, saying: ‘She’d been asking for this for a long time, it’s part of our culture.

‘She’d seen this growing up and she’d been asking for a long time when can I have my ears pierced?’

But Alley hit back, citing potential health implications such as keloids, allergies and infections – and suggested there would be outcry if she got her dog’s ears pierced.

Admitting hers was an ‘extreme position’, she said: ‘Not until they’re old enough to control their body image. Why would you want to inflict pain on them?’