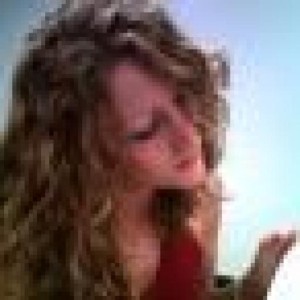 Months after three women  alleged that Gossip Girl star Ed Westwick sexually assaulted them, PEOPLE has learned that the Los Angeles County District Attorney’s Office will not pursue charges against the actor, due to insufficient evidence.

All three of Westwick’s accusers reported that they were assaulted by the British actor in 2014, but prosecutors say they have been unable to secure enough corroborating evidence to pursue a conviction for any of the three allegations.

The actor’s attorney told BuzzFeed News that the evidence “demonstrated from the start that each of the allegations made by the three women would be proven untrue.”

“It is a shame there are those who so publicly prejudged this case and that it took this long for Ed to be fully cleared,” she continued. “I hope that those who made such quick judgment here not knowing anything about the abundant evidence of innocence in this case will hesitate next time before they so swiftly condemn before investigating the truth.”

In charging documents provided to PEOPLE, prosecutors explained that while two of the victims cooperated with authorities and provided access to witnesses — some of whom were outside of the room where an alleged incident took place — they could not provide enough information to satisfy the prosecution’s burden of proof (“beyond a reasonable doubt”). Meanwhile, the investigating officer was unable to secure an interview with the third victim, so that charge, too, will not be pursued for lack of evidence.

The D.A.’s office also noted that there were a number of other women who accused the actor of “unwanted touching,” but those incidents were reportedly outside of the statute of limitations for criminal proceedings.

Prosecutors first began investigating potential charges against the actor in March of this year, after they were referred these complaints by Los Angeles police.

Actress Kristina Cohen was the first to publicly accuse Westwick of rape in November 2017, writing in a lengthy Facebook post that she was napping in Westwood’s guest bedroom before waking up to him assaulting her.

“I was woken up abruptly by Ed on top of me, his fingers entering my body. I told him to stop, but he was strong. I fought him off as hard as I could but he grabbed my face in his hands, shaking me, telling me he wanted to f— me,” she wrote. “I was paralyzed, terrified. I couldn’t speak, I could no longer move. He held me down and raped me.”

Westwick denied Cohen’s claim, saying in a since-deleted statement on social media, “I do not know this woman. I have never forced myself in any manner, on any woman. I certainly have never committed rape.”

A second claim from former actress Aurélie Wynn soon surfaced, accusing Westwick of raping her in July 2014 while she was visiting his home. “I said no and he pushed me face down and [I] was powerless under his weight,” she alleged. “I was wearing a one piece bathing suit that he ripped, I was in complete shock.”

Creative producer Rachel Eck then added her own account of sexual assault by the actor, claiming in an interview with Buzzfeed that Westwick had “aggressively groped” her breasts at a hotel that very same year.

Westwick also denied the claims from Wynn and Eck.