CHEEKY Emily Maitlis buoyed Twitter into a wave of hilarious seafood puns after spotting an X-rated typo in a rant about Boris Johnson.

Left-wing journalist Kevin Maguire, tweeting about a union boss’s foul-mouthed outburst against the Prime Minister, tried repeating the expletive-laden comments to his 200,000 followers. 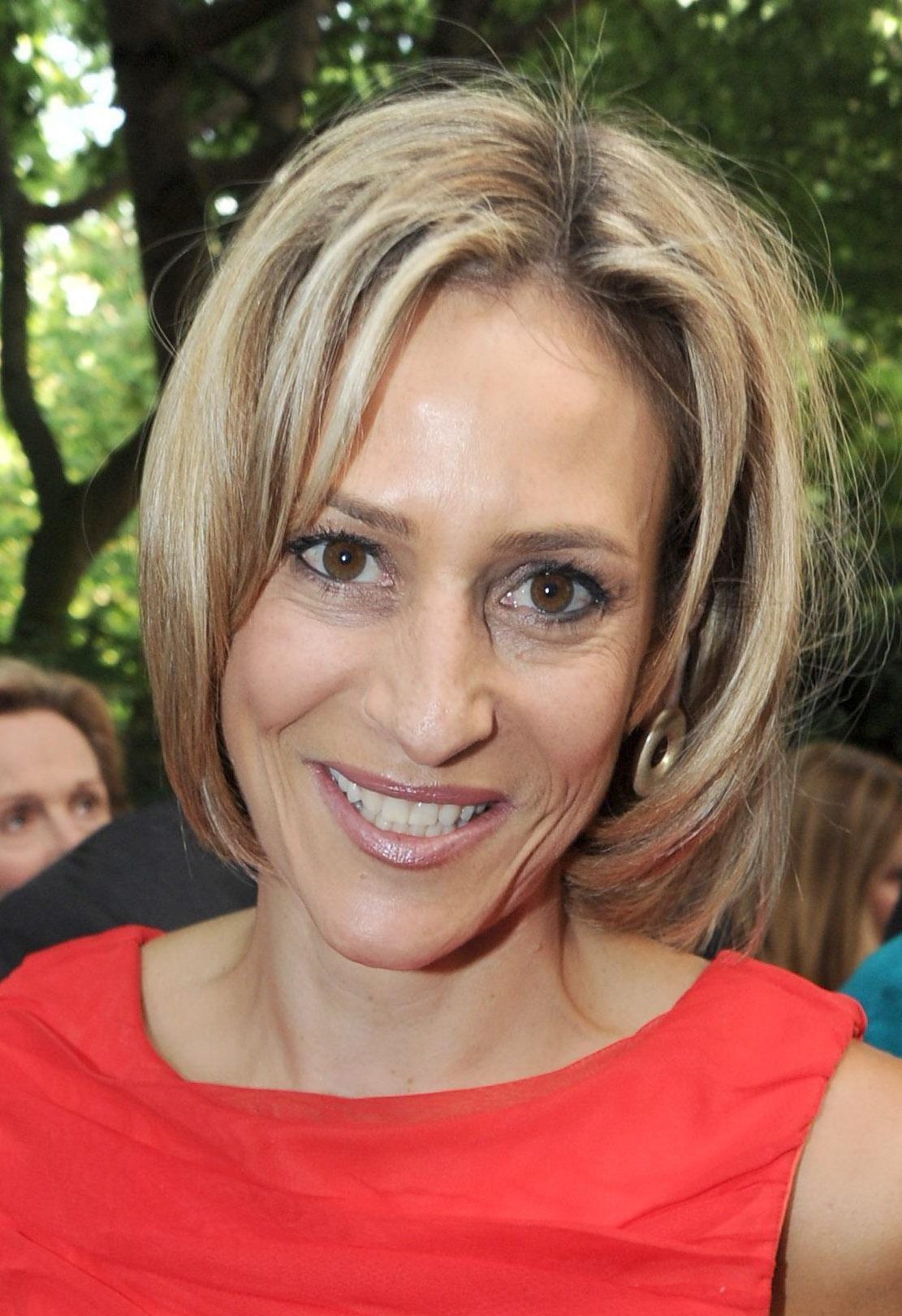 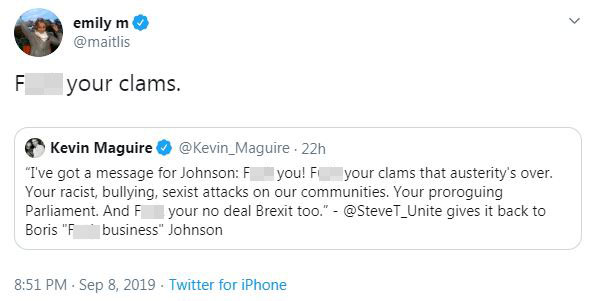 Transcribing a speech from Steve Turner over the weekend, assistant general secretary of Unite union, the journalist tweeted: “I’ve got a message for Johnson: F*** you! F*** your clams that austerity’s over.”

Maguire accidentally typed “clams” instead of “claims” – a gaffe that was promptly spotted by eagle-eyed BBC Newsnight presenter Maitlis.

The normally squeaky-clean journalist, 49, raised eyebrows when she replied: “F*** your clams.”

Her naughty intervention reeled in thousands of other Twitter users, who piled in with their own seafood puns.

Poking fun at the typo, Fleetstreetfox replied: “Clam down dear.”

And John Hall of Ayr quipped: “Tis the politics of shell-fish-ness.”

Dozens of other Twitter users rallied to get #f***yourclams trending worldwide – and shared funny memes and images to accompany the silly hashtag.

The playful puns followed Mr Turner’s sweary speech at the TUC conference in Brighton – including a direct “f*** you” to Brexit-conundrum PM Boris Johnson.

Repeating the speech, Mr Maguire tweeted in full: “‘I’ve got a message for Johnson: F*** you! F*** your clams that austerity’s over. Your racist, bullying, sexist attacks on our communities. Your proroguing Parliament. And F*** your no deal Brexit too.’ – @SteveT_Unite gives it back to Boris ‘F*** business.”

The vocal attack, which earned raucous applause at the East Sussex conference, was in response to the

DITCH BOJO OR I GO-GO

The then-foreign secretary refused to deny claims at the time that he made the comment in response to British business concerns about Brexit.

Later quizzed about the incident in the Commons, Mr Johnson said he may have “expressed scepticism about some of the views of those who profess to speak up for business.” 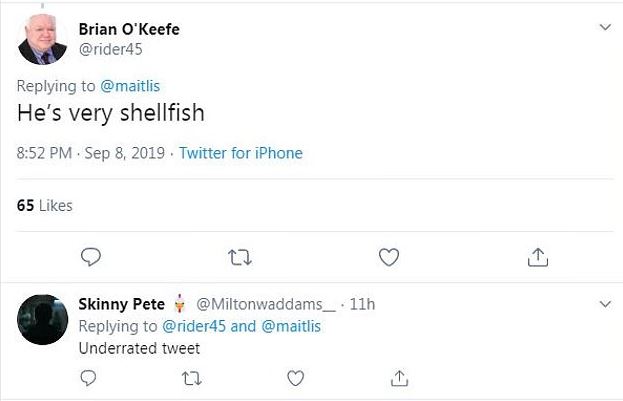 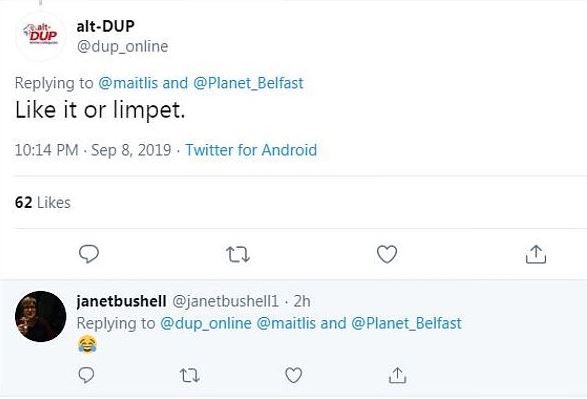 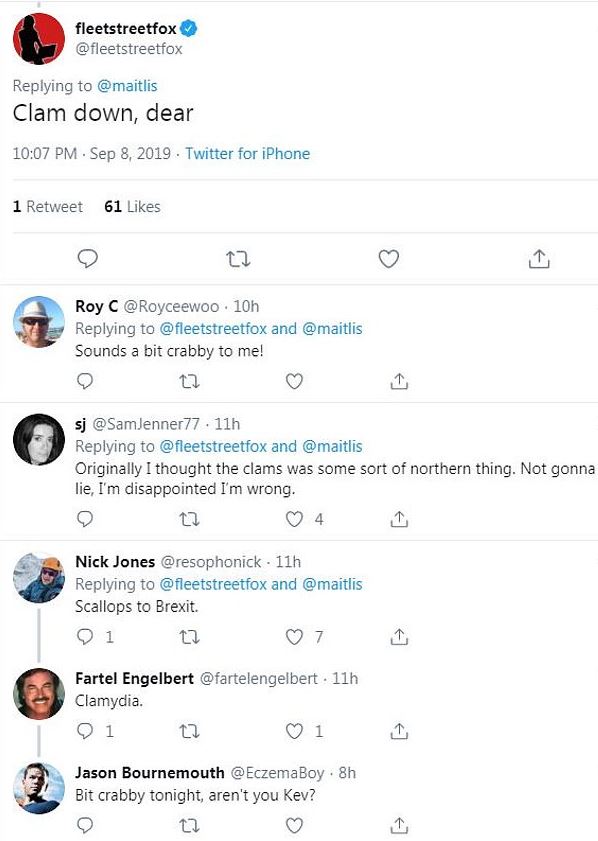