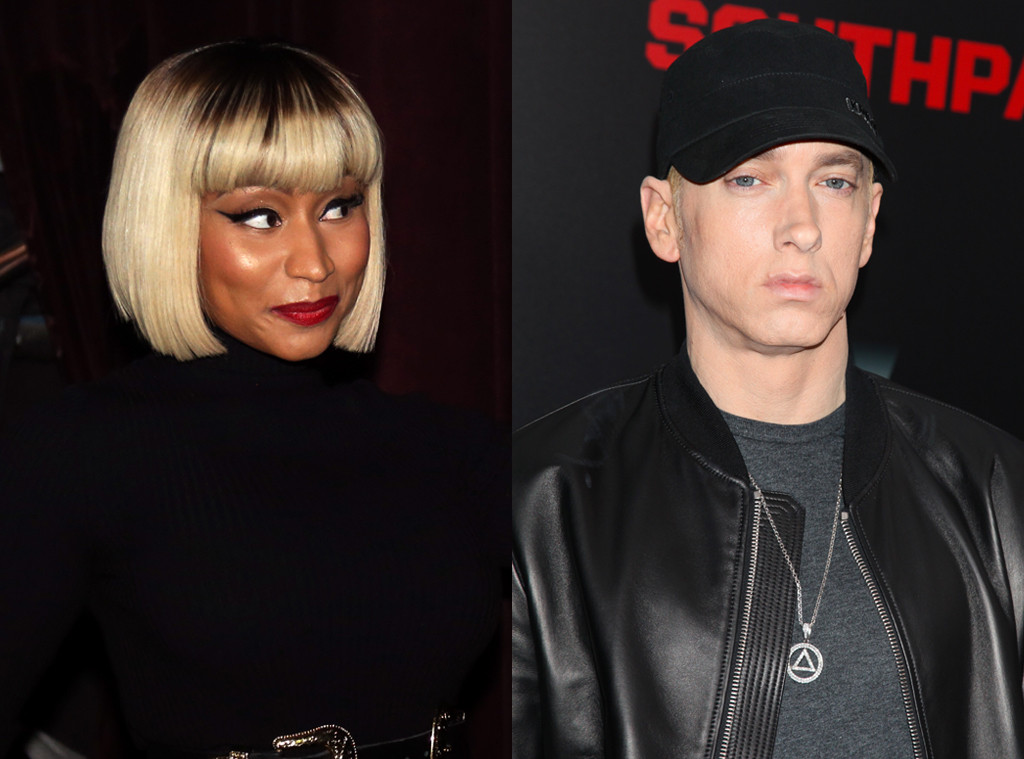 Relationship rumors between the two award-winning rappers began last week when Minaj was asked by an Instagram user if she’s dating Eminem. Her response? “Yes.” Since then, fans have been running wild with romance speculation.

E! News reached out to reps for both rappers for additional comment, but one source told us that this is all simply a joke.

Over the weekend though, Eminem addressed relationship speculation during his performance at the Boston Calling Music Festival. 103.3 AMP Radio tweeted video of the rapper asking the crowd, “How many people in Boston want me to date Nicki Minaj?” 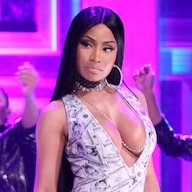 As the crowd erupted with cheers, Eminem replied, “Well goddammit me too.”

He then added, “Nicki if you get this message, just text me later, we’ll talk about it.”

After seeing the footage on social media, Minaj replied, “LMFAOOOOOOOOOOOOOOO. The fact that he’s silly & a goof just like me. Love him so much.”

She then told the rapper, “Em we need you on the #Queen album. That’s where our 1st date will be; at the studio while I gaze into ur beautiful eyes as u write ur verse.”

See Eminem address relationship rumors in the video above!