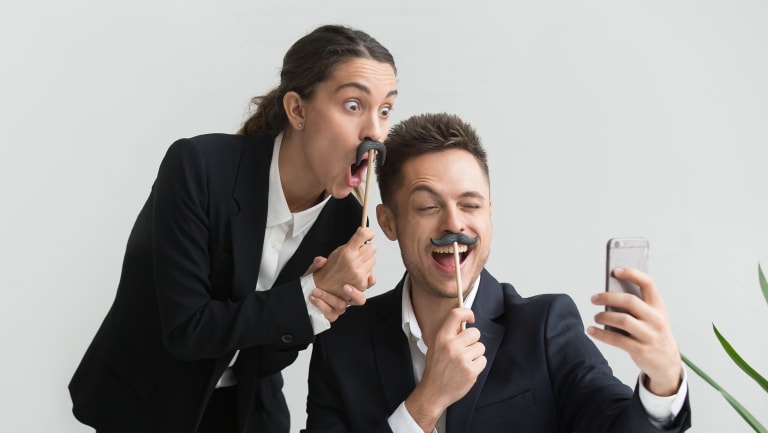 If you’re a woman, it pays to be agreeable, nice… and a bit of a moron at work.

New research has confirmed what many women already know: Bosses want smart people working for them, but only if they're male.

A study published last month in the American Sociological Review shows that employers are also threatened by smart women.

Essentially, that smarter the woman is, the less appealing she is to employers.

The applications in each pair contained similar cover letters, academic history and participation, and gender-neutral hobbies. The only difference was that one application was from a man and the other came from a woman.

Quadlin found that male applicants received responses expressing interest at the same rate, regardless of their grade point averages. In short, the academic results of the male candidates didn’t really affect their likelihood of getting an interview.

Not so for the female applicants. Academic results were highly relevant to whether the women landed interviews. But there’s a twist: the higher the woman’s GPA, the fewer number of call-backs she received.

That’s right, women were penalised for being smart.

And we’re not talking a small amount here. The men with the highest GPAs were 50 percent more likely to get a response from a potential employer than the high-scoring women.

Women in fields which are traditionally associated with men, in western countries, at least, are at a particular disadvantage. For example, high achieving female mathematicians were three times less likely to receive a call back than their male peers.

“We like to think that we’ve progressed past gender inequality, but it’s still there,” said Quadlin in statement on the Ohio State University website.

“The study suggests that women who didn’t spend a lot of time on academics but are ‘intelligent enough’ have an advantage over women who excel in school.”

If it’s not academic achievement, then what is it that employers look for in female graduates?

The answer will come as no surprise to anyone familiar with gender dynamics: likeability.

Quadlin conducted a survey of 261 hiring managers and found that employers had a preference for female applicants who are reasonably competent but did not excel academically, and are pleasant and agreeable.

And just in case you were wondering, likeability is not a required or sought-after trait in male graduates. For male hires, employers value competence and commitment.

In summary, employers are willing to have competent women around, so long as they’re “nice”, and don’t outshine the men.

Despite organisations and male commentators insisting that hiring decisions in modern organisations are based on merit — and merit alone – this research shows that high-achieving women are viewed with scepticism.

It is possible – probable even – that employers’ regressive views about smart women are not even conscious. It may be that they are just acting out their ingrained prejudices about what women should do and how they should act.

Whatever the reason, it’s clear that despite all the lip service and workplace training on combatting unconscious bias, hiring decisions are often shaped and driven more by entrenched attitudes around gender than many would like to admit.

Obviously, the bias hurts highly competent women, but it’s also terrible for business when organisations’ recruitment decisions are based on cementing male dominance rather than hiring the most capable person.

The results are depressing, but not at all surprising. It just shows how far we haven’t come from a time when parents thought it was prudent to send their daughters to finishing school instead of university.

Still, that’s no reason for women to settle for mediocrity.