Employers given $1.5 billion in wage subsidies to create another 100,000 apprenticeships

Employers will be given an extra $1.5 billion to hire 100,000 apprentices and trainees in the next year as the government extends one of its most successful job creation programs for the second time.

The scheme has been a key plank of the Morrison government’s plan to avoid a youth unemployment crisis induced by the pandemic and was extended in March this year to create another 70,000 places. 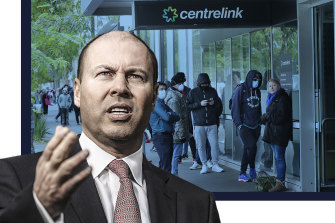 A hiring program for apprentices and trainees is being extended a second time.Credit:

Employment Minister Stuart Robert said the program had been “highly successful” since it was first announced in the October budget and would help women break into non-traditional trades, with training support for 5000 places.

“This budget is all about building the workforce Australia needs today and tomorrow through putting in place programs to upskill Australians so they can achieve their aspirations and realise their potential as well as getting government to work for business – not the other way around.”

A total of 270,000 new apprentices and trainees are expected to be hired under the wage subsidy scheme by March next year, costing taxpayers $2.7 billion over four years.

Under the program, employers will be reimbursed 50 per cent of an apprentice’s or trainee’s wage for the first year, up to a cap of $7000 a quarter.

A further 33,800 aged care workers will also be trained over the next two years as part of a $500 million expansion of the government’s Job Trainer program, which is expected to create 163,000 low cost or free training places. But the funding is contingent upon states and territories matching the commitment.

However, the government now expects to spend just $100 million on the centrepiece of last year’s budget – its $4 billion “JobMaker” hiring credit program – after it created only 1000 jobs, well short of 450,000 jobs the government had anticipated it would support over two years. The program, which offered employers subsidies worth up to $10,400 for hiring workers aged under 35, has been largely ignored by businesses.

As part of a sweeping skills package, the government will also invest an extra $213 million to expand its local jobs program across 51 regions, and $481 million for its Transition to Work program to provide more tailored support for disadvantaged young people trying to enter the workforce.

Private higher education colleges and English language schools, which have been hit hard by the collapse in overseas student enrolments, will share in $53 million to fund an extra 5000 short course places, adapt their business models and avoid costly registration fees.

There were no major new funding measures for universities, despite the collapse in foreign student fee revenue that many have experienced due to the ongoing border closures. In October, the government gave universities a $1 billion lifeline to help fund research, which is heavily cross-subsidised by international student fees.