Enchanting has that thing.

An already-hefty fanbase swelled when she shared a snippet of the single “Want Sum,” but although she embraces her success, she can’t quite put her finger on her why recent songs have had explosive responses. “I don’t be expecting certain things to blow like they do,” the 23-year-old says. “I just post s— and I get on the internet and it’s every damn where.” Her comment led me back to my thought about an intangible factor that makes her music resonate.

Her rapping style is casual and sexy. She’s tough as nails. She whispers taunts and clever, icy comments that people would only feel comfortable saying at their most confident. There’s a subtlety there, with lyrics like “Got bands, I don’t flex, never blow it/Yeah, I’m really that b—- and I show it/How much I got? It’s a whole lot,” letting you know she’s on, without giving too much away. 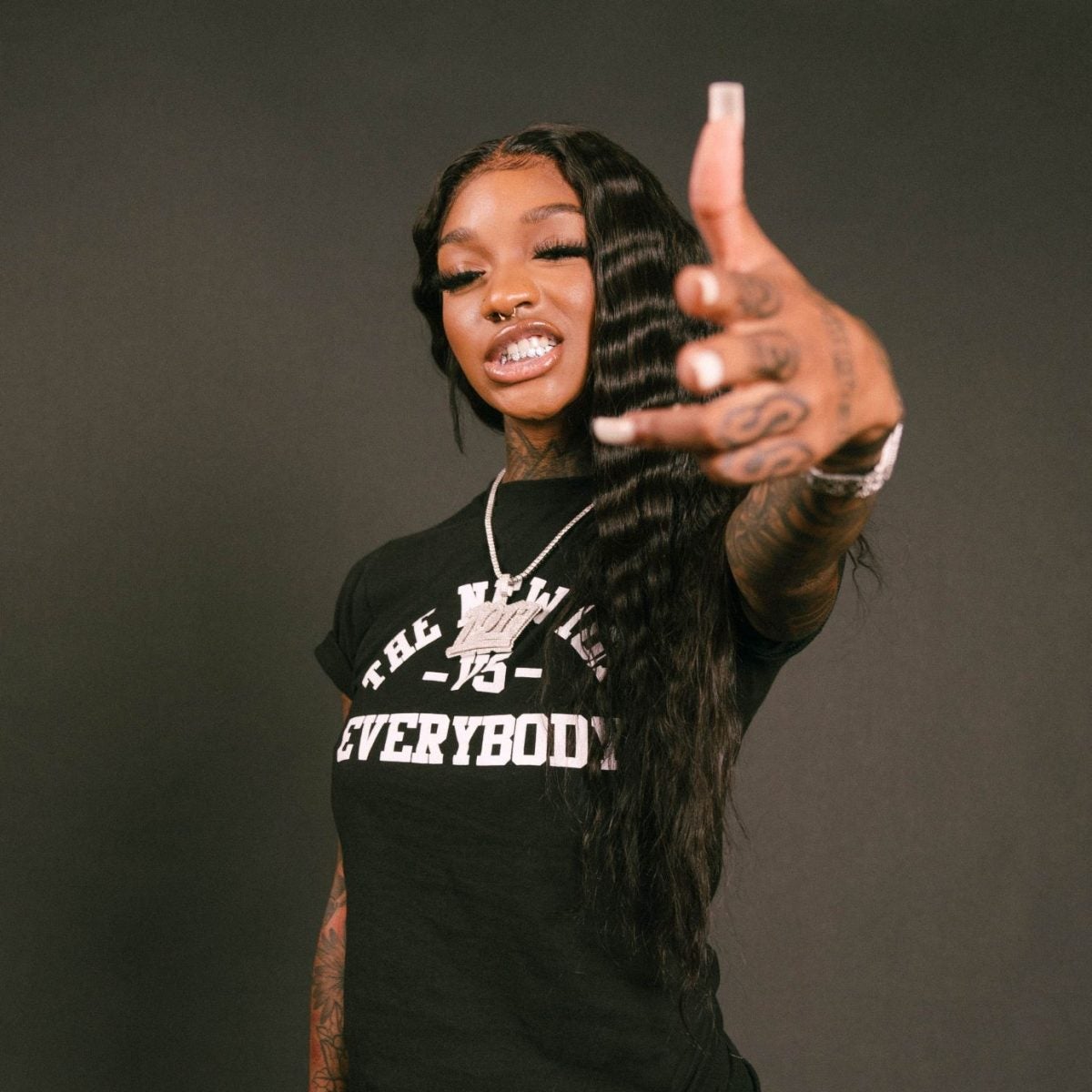 It wasn’t always clear music was her calling though. “I went through a phase of doing absolutely everything. Like, I was a cheerleader, I was into sports at one point,” she said, taking me back to her teen years. “I was doing hair at one point, I tried to do nails.”

“I had a friend, he had a friend that owned a studio and people knew that I could sing, I didn’t really start posting me singing ’til like later in high school.”

What’s interesting is rapping is more of a recent pursuit. She has one EP, Enchanted, on Apple Music and in line with her initial passion, it’s an R&B project. “With the singing, that’s my natural habitat…I been doing R&B music for years now, I literally just started rapping when I signed to Gucci.”

Enchanting is currently the sole woman signed to 1017 Records, Gucci Mane’s record label this is partnered with Atlantic Records. The rap titan connected with her when she was still bubbling in Fort Worth, Texas and offered to sign her immediately. She’s since relocated to Atlanta, which was actually her first home in the United States—her father was in the Army, she was born in Germany. Still, her Texas ties are strong. The D.O.C., the Dallas-born lyricist who co-wrote for N.W.A., is one of her mentors.

Coi Leray and Kali are among recent collaborators and they’ve fully embraced her. Leray was featured on Enchanting’s latest song “Freaky Deeky,” after Enchanting had a guest appearance in her video for the song “No More Parties.” Meanwhile, Kali struck gold with “Do A B—–,” which has just under 4 million views on YouTube, and featured Enchanting on one of the three remixes for it. If you’re wondering, yes, the duo does have more songs together in the vault.

Enchanting has a project in the works, too. “It’s basically done now,” she tells me. “It’s going to be a mixture…they’ll get some rap songs, some R&B songs and then songs with me doing both.”

Prepare to be put under her spell.