Erika Jayne steps out in statement-making shirt amid legal drama

Erika Jayne called rumors linking her to Scooter Braun and Gleb Savchenko amid her divorce “silly as f–k.”

The “XXpen$ive” singer, who filed to end her two-decade marriage to embattled husband Tom Girardi in November 2020, spoke to her “Real Housewives of Beverly Hills” co-stars Lisa Rinna and Garcelle Beauvais about the online speculation in Wednesday’s episode.

In a separate scene, Jayne laughed off unfounded reports that she “was seeing my old ‘Dancing with the Stars’ partner [Savchenko], and then I was seeing Scooter Braun.”

Jayne competed on Season 24 of “DWTS” in 2017 with Savchenko, now 37, as her pro partner. (The dancer was involved in his own pretty mess of a split late last year.) 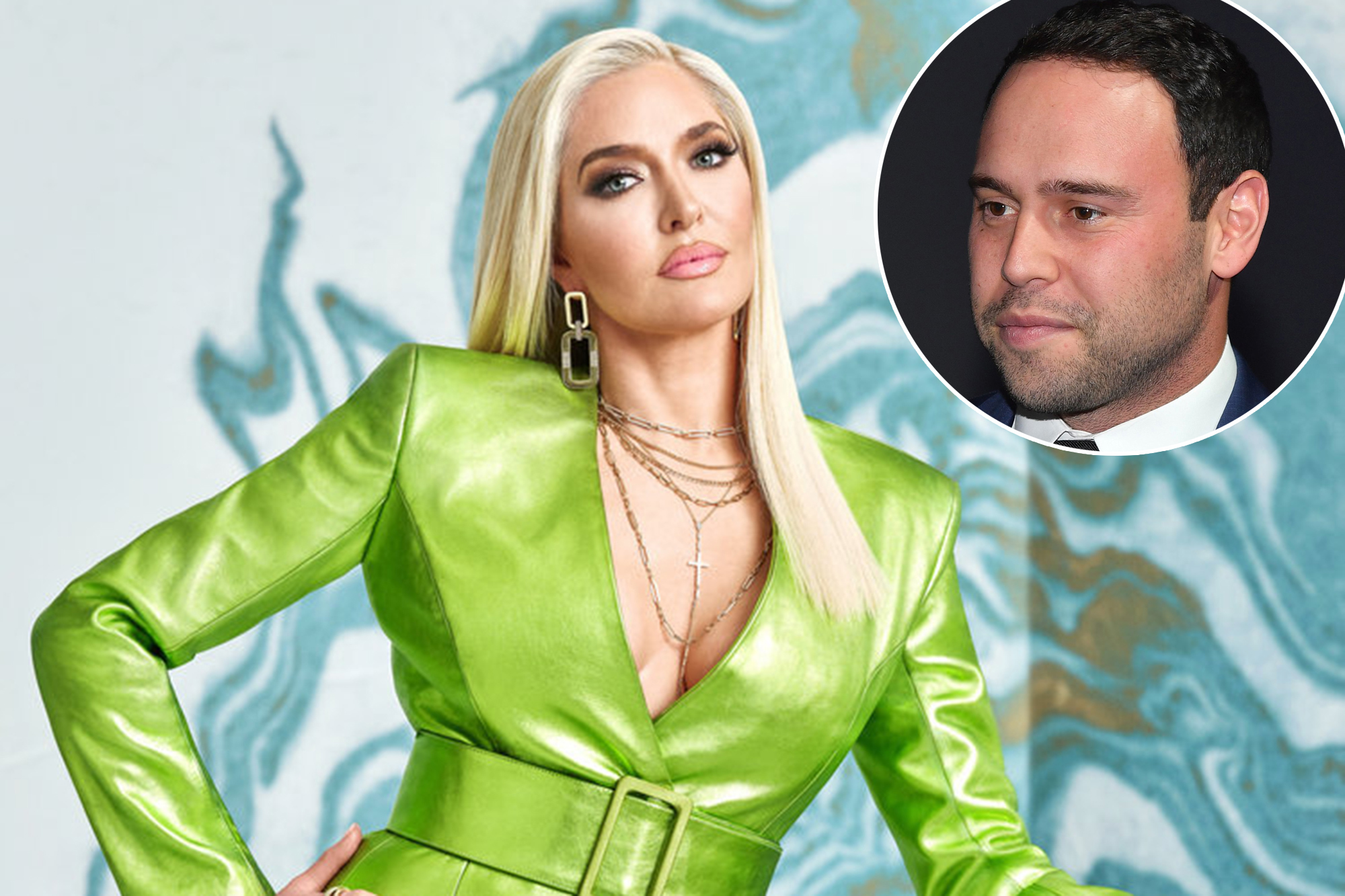 As for 40-year-old Braun, who manages Justin Bieber, Demi Lovato and Ariana Grande, among others, he has been married to Yael Cohen since 2014.

Jayne and Girardi, 82, were married for 21 years before she pulled the plug on their union last fall. In the wake of the news, the former couple were sued by Edelson PC, a class-action firm representing a number of Boeing plane crash victims, for allegedly embezzling settlement funds meant to assist the families of those who lost their lives on Lion Air Flight 610.

In March, Girardi — once a powerhouse attorney — was stripped of his admission to the California State Bar amid his legal woes.

Meanwhile, Jayne has been ordered to cough up her financial records as part of Girardi’s bankruptcy case, Page Six reported Wednesday. The performer was previously accused of refusing to turn over her bank records.

“The Real Housewives of Beverly Hills” airs Wednesdays at 8 p.m. ET on Bravo.