The UK’s Eurovision entry has revealed she was left with bruises following the shock stage invasion that interrupted her performance.

A protester snatched the microphone from SuRie’s hands during her performance on Saturday night.

The activist, who calls himself DrACactivism, stormed the stage shouting ‘we demand freedom’ before being wrestled off-stage by security, as the audience looked on in horror.

SuRie, who managed to pick up where she left off as the man was escorted from the stage, was given the opportunity to perform again in the contest, but declined.

Speaking on This Morning, SuRie, 29, revealed that she decided not to perform again because she felt she only had ‘one shot’ at the competition, and was happy with the performance she’d delivered. 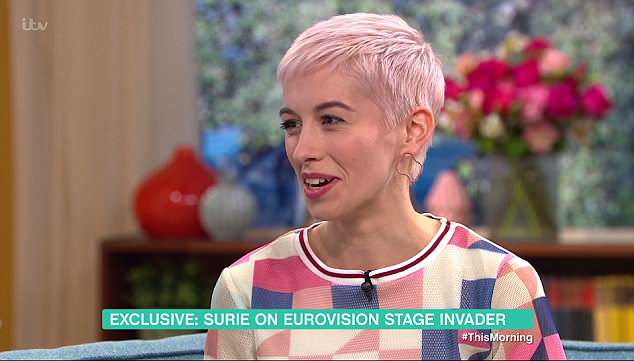 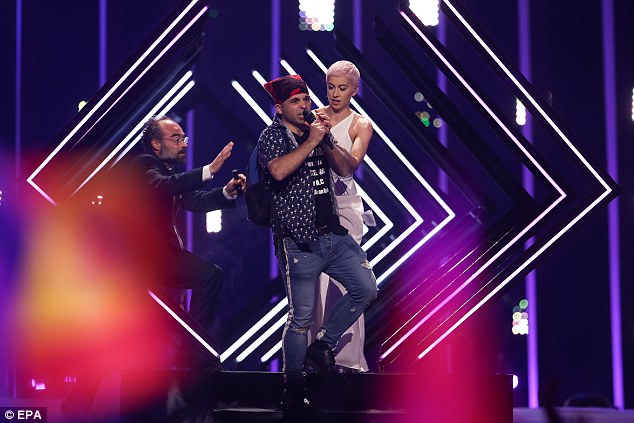 The activist, who calls himself DrACactivism, stormed the stage shouting ‘we demand freedom’ before being wrestled off-stage by security

Composed SuRie managed to resume her performance just 20 seconds after the protester left the stage, and ultimately placed 24th out of the 26th countries who entered the competition.

She said: ‘There wasn’t any time to feel fear. He was suddenly there, security was on him as quick as he was on me, he got the mic for a few seconds… that was out of my hands. But the song was still going, the backing vocalists were still singing, the crowds were still chanting.

‘There’s a couple of bruises from where I was holding the mic but I’m OK.’

Despite the traumatic experience, SuRie remained upbeat about her performance in the competition.

She said her ‘lasting memory’ was the response she got from the crowd, who roared their approval when she managed to pick up where she left off after being interrupted on stage.

SuRie was given the opportunity to perform again but she declined, and finally explained why on This Morning today.

She continued: ‘We had that conversation but I was really proud of that performance, and as you said you work up to that moment. You don’t get to do the 100m sprint at the Olympics again if your shoelace is untied.

‘You’ve had that one shot, that was my moment and we didn’t need to repeat that. We had those conversations backstage, I saw the reactions in the face of my team who were very proud of the recovery and the power of that.

Phillip Schofield joked that he would enter the competition next year if no one wants to do it, and suggested that he wear his coat from his days on stage starring in the musical Joseph and the Amazing Technicolor Dreamcoat.

SuRie broke her silence about the incident on Twitter the morning after the competition.

‘Well, I’ve always said anything can happen at Eurovision,’ she wrote. 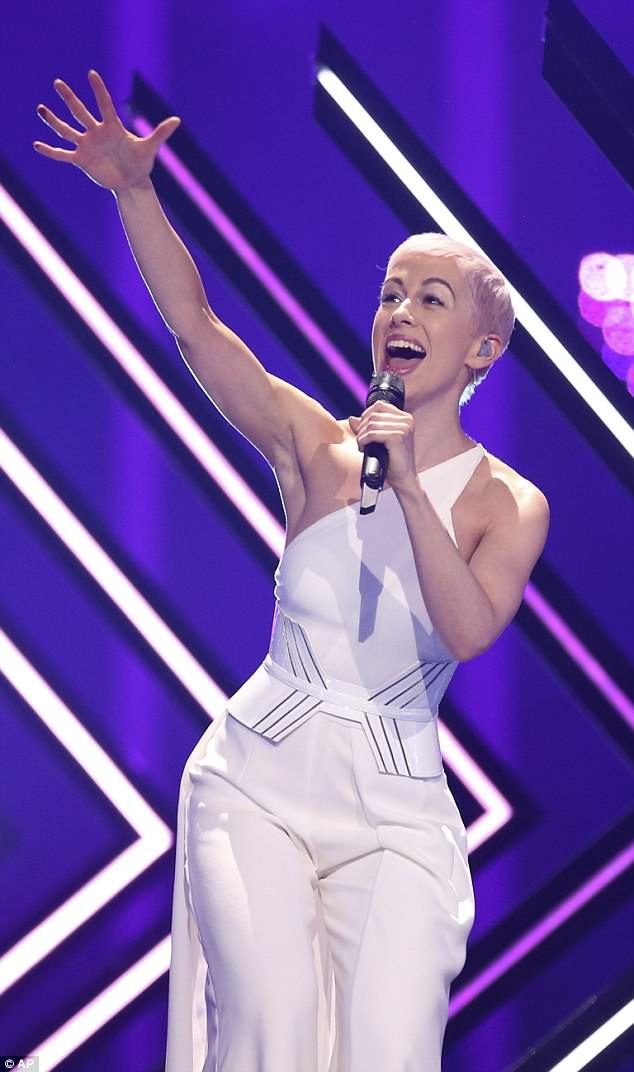 A statement from European Broadcasting Union, which operates Eurovision, said at the time: ‘The EBU regrets a stage invasion took place during the United Kingdom’s performance at the Eurovision Song Contest Grand Final in Lisbon this evening.

‘The person responsible is currently in police custody.

‘The UK singer SuRie and her team were offered the option to sing again but decided not to because they were extremely proud of her performance and have decided that there is absolutely no reason to perform the song again.’