A former Mormon who became an OnlyFans star after leaving the church claims she and her family have been ‘exiled’ by the local community – including their own friends and relatives – because of her raunchy online career.

Skyler, 39, from North California, turned her back on the congregation in 2018, having been a member for over a decade, after growing disillusioned with its practices.

Mormons are also required to adhere to a strict dress code, which requires all members to uphold a ‘clear standard of modesty’ at all times while prohibiting clothing that is ‘tight’ or ‘revealing’.

Free from restraint after leaving the church, Skyler decided to explore her sexuality – uploading steamy snaps of herself on Instagram, where she now has 168,000 followers. A $15-a-month OnlyFans account with even more explicit content soon followed. 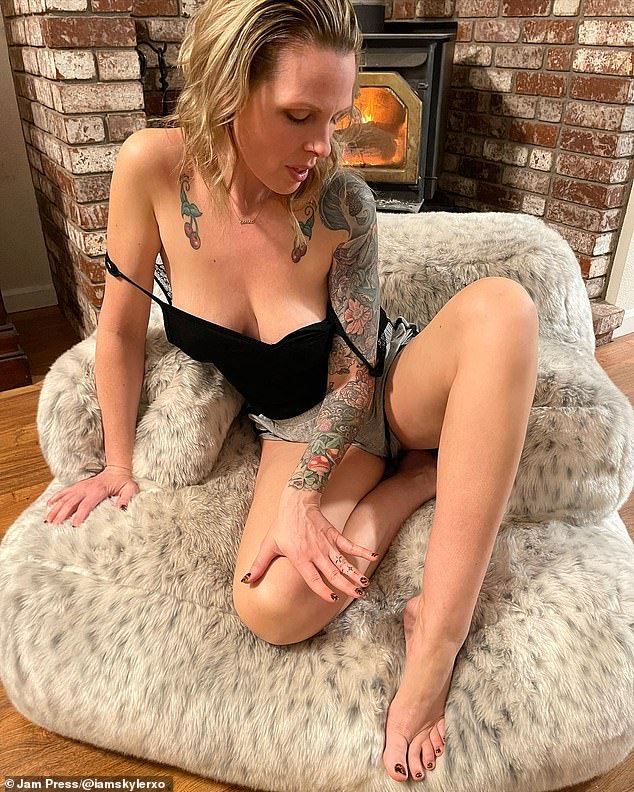 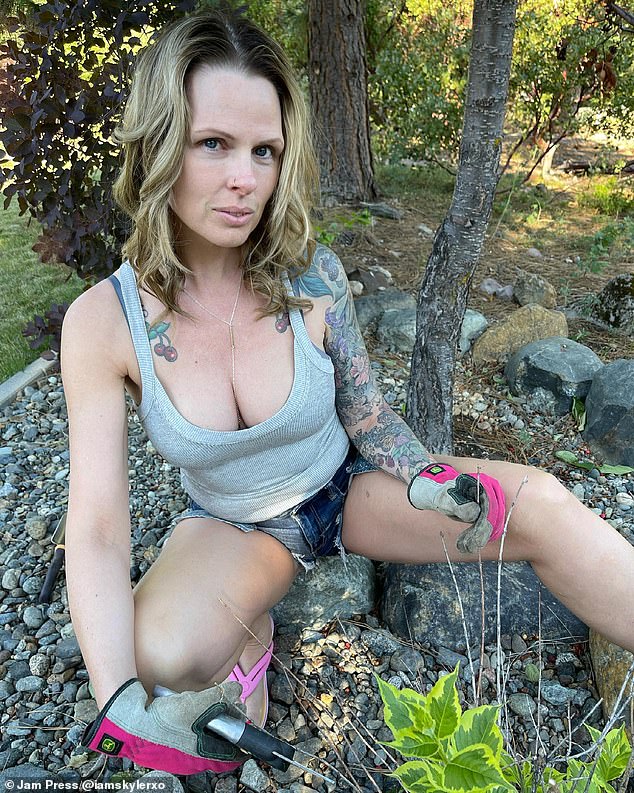 The woman, known only as Skyler, joined the Mormon Church after marrying her husband, who was already a member, however she says the ‘rigid’ rules took a toll on her marriage 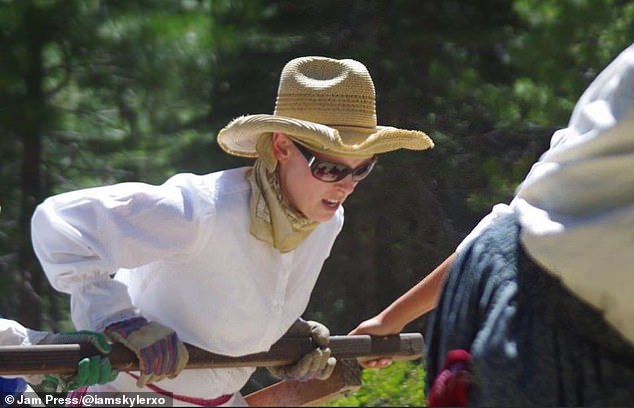 Skyler (pictured during a Mormon Church pioneer trek), now 39, says the strict regulations of the church left her in a ‘sex-less marriage’ and made her and her husband argue constantly 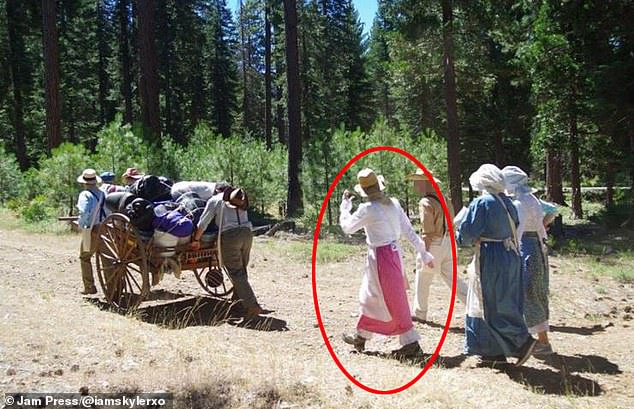 In 2018, more than ten years after joining the Mormon faith, Skyler (pictured in the pink skirt) decided to leave alongside her husband, and says it greatly improved their relationship

It wasn’t until a follower asked for more explicit content that he was willing to pay for, that the mom-of-two set up an OnlyFans page in March 2020.

However, her new career has not gone down well with her former congregation – or her new neighbors and friends, many of which are still members of the Mormon Church.

‘As a family, we have been shut out,’ Skyler told Jam Press.

‘I joined the Mormon church because at the time my husband was part of it, but we left having grown frustrated with the rigidness of the religion and having to give so much of our time and money to it.

‘No vices were allowed. No drinking, no smoking.

‘Only sugar was allowed. The amount of baked goods we ate saw us both put on weight and it had a knock-on effect on our marriage.

‘It became a sexless marriage. I stopped looking good for my husband.

‘We also had a ton of arguments about giving ten per cent of our income to the church.

‘They teach you secret handshakes and walk you through the three levels of heaven, which funnily enough correlates with giving more of your money and baking more cookies.

‘It was delusional and we had to get out of there.

‘Being a Mormon was taking things away from me as a wife and as a mom. It was time to do something for myself, my family and my marriage.

‘As soon as we left, we smoked a big joint and had the best sex we had in years.’

Skyler was outed to her family and friends after a mom of one of her daughter’s friends found her page.

She said: ‘I’ve always admired women who aren’t afraid to show off and have fun. It’s something I secretly wanted [as a Mormon] but didn’t really know how to do it.

‘But one day my posts turned up on the explore page, where my daughter’s friend’s mom spotted me. 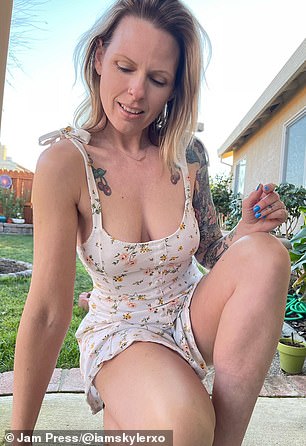 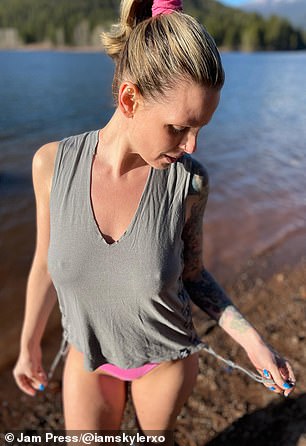 ‘I’ve also been shunned by other moms when I go and watch my children play softball and once even cried in a hair salon after the hairdresser said she didn’t agree with what I do,’ she said 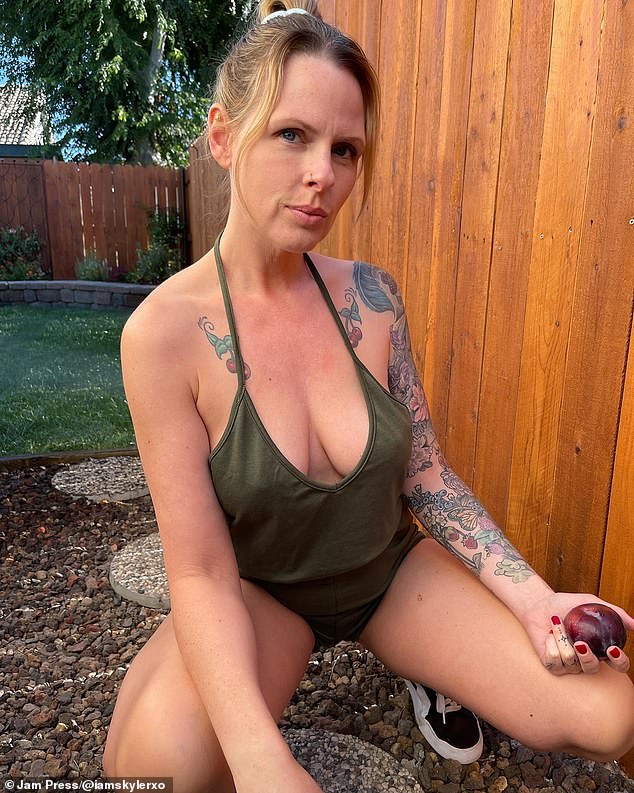 Skyler’s husband also faced backlash, with the mother-of-two revealing that one of his friends phoned him and ‘yelled’ about Skyler’s online profile 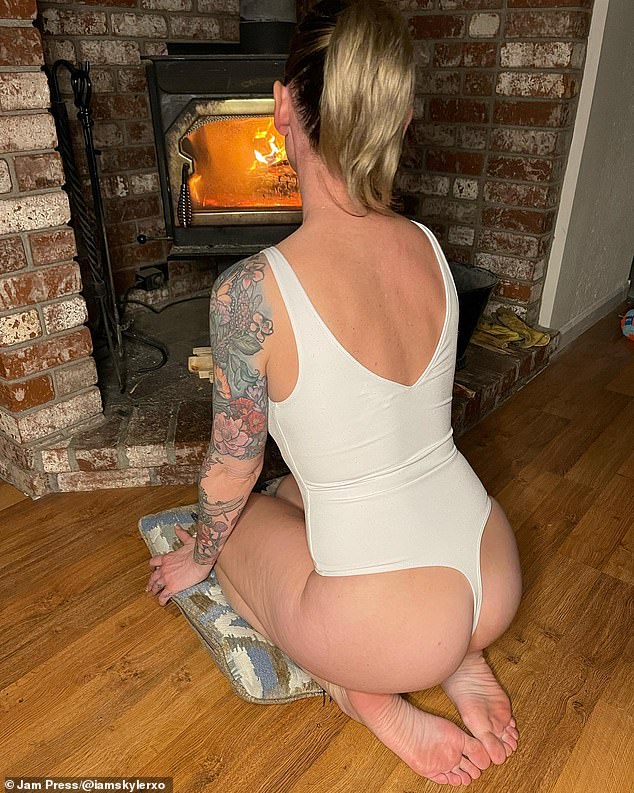 Despite the backlash, Skyler insists that she is doing nothing wrong, while also pointing to the people who are still members of the church but secretly committing adultery 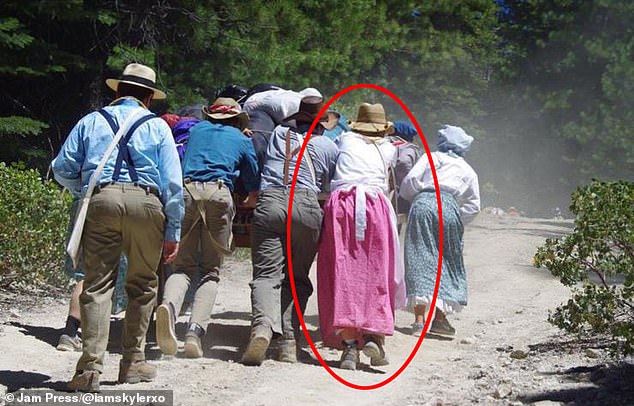 ‘There are countless cheating spouses in this town and yet we are the villains,’ she said

‘She called me up and said my Instagram wasn’t “appropriate”. I felt slut-shamed.

‘She then said she wouldn’t be sending her daughter round to our house anymore.

‘It broke my heart seeing a decision I made hurt my daughter so much.

‘I’ve also been shunned by other moms when I go and watch my children play softball and once even cried in a hair salon after the hairdresser said she didn’t agree with what I do.

‘My husband’s friend of 40 years also found out – he called up and started yelling down the phone. We’ve been totally exiled.’

Skyler’s husband added: ‘The mom who banned her kid from coming round our house is ridiculous. What we get up to as two consenting adults has no effect on the children.

‘There are countless cheating spouses in this town and yet we are the villains.

‘We are honest with our sexual desires and communicate with one another about what we want. 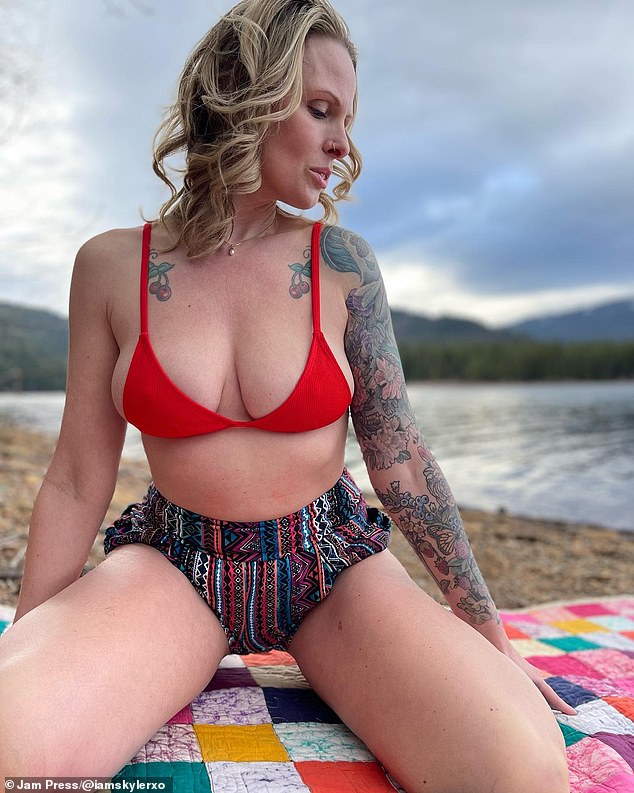 Despite the backlash, Skyler doesn’t regret her choice – and says OnlyFans has done wonders for her marriage 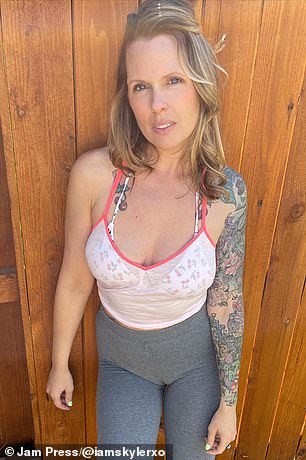 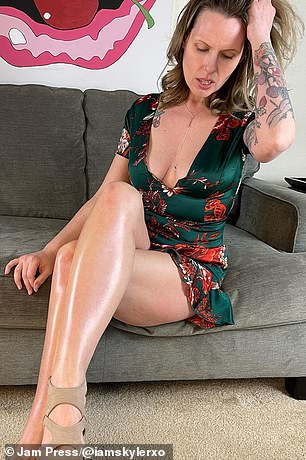 She says that her husband has been incredibly supportive of her OnlyFans account, for which she charges a $15-a-month subscription fee 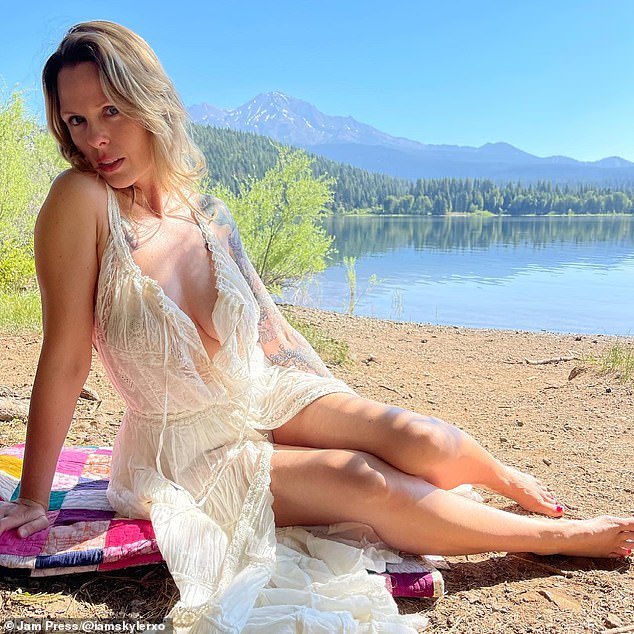 ‘I much prefer exploring this avenue and having a better marriage with my husband than to toe the line with people in this bible belt town,’ she said

‘Just because their wives aren’t giving them any, blame shouldn’t be placed at our doors.’

Despite the backlash, Skyler doesn’t regret her choice – and says OnlyFans has done wonders for her marriage.

Skyler added: ‘My husband has been my biggest supporter and without him being so encouraging and amazing this wouldn’t have worked out.

‘After being a housewife for so many years I now feel sexy and liberated.

‘My husband gets turned on as he has a hot wife fetish and the idea of other men wanting to get with me gets him going.

‘When we’re thinking of a racy caption together it spices up our bedroom talk.

‘OnlyFans has added something to our marriage.

‘I much prefer exploring this avenue and having a better marriage with my husband than to toe the line with people in this bible belt town.’