Bucking the tradition of having an official photographer, doting mother Kate often takes adorable pictures of her children to mark special occasions in the Cambridge diary.

The Duchess, 37, has showcased great skill and technique behind the camera over the years and has today shared three stunning portraits of her daughter, Princess Charlotte, to mark her fourth birthday.

The amateur snapper, who has a lifetime honorary membership of the Royal Photographic Society, took the official photographs at Kensington Palace and the family’s Norfolk home of Anmer Hall, earlier this month.

But what go-to skills does the keen snapper use to make such simple pictures of her children so charming? 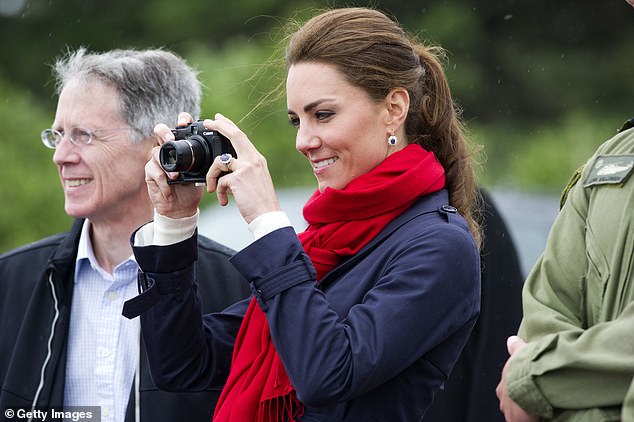 Kate, 37, has showcased great skill and technique behind the camera over the years and has today shared three stunning portraits of Princess Charlotte to mark her fourth birthday 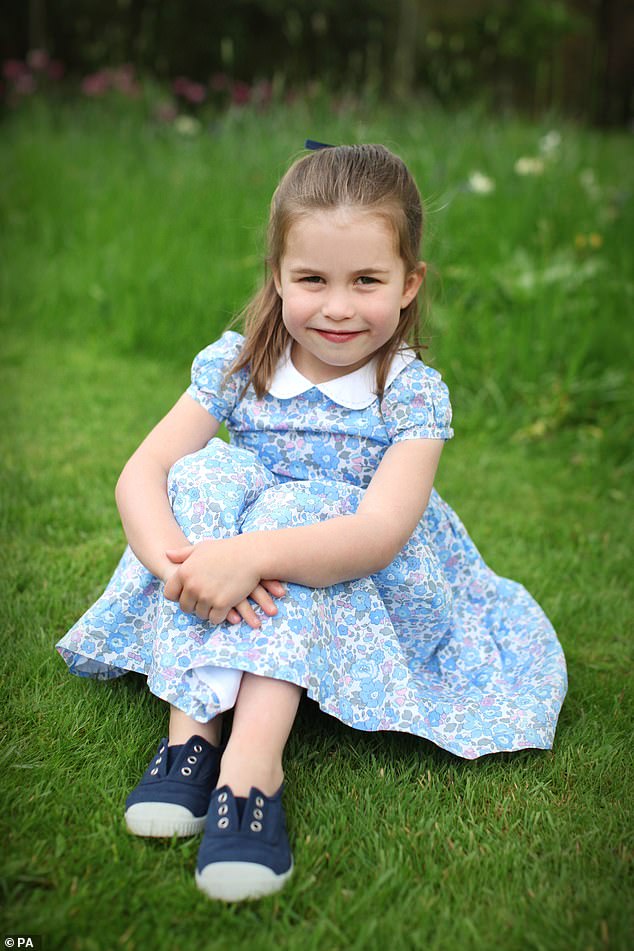 Portrait photographer Glenn Gratton believes one of the biggest techniques Kate uses to produce such captivating imagery is to us Photoshop for a colour boost. Pictured,  in one of the new photographs, Princess Charlotte can be seen taking advantage of some of the unseasonably warm spring weather in a blue floral dress with a Peter Pan collar 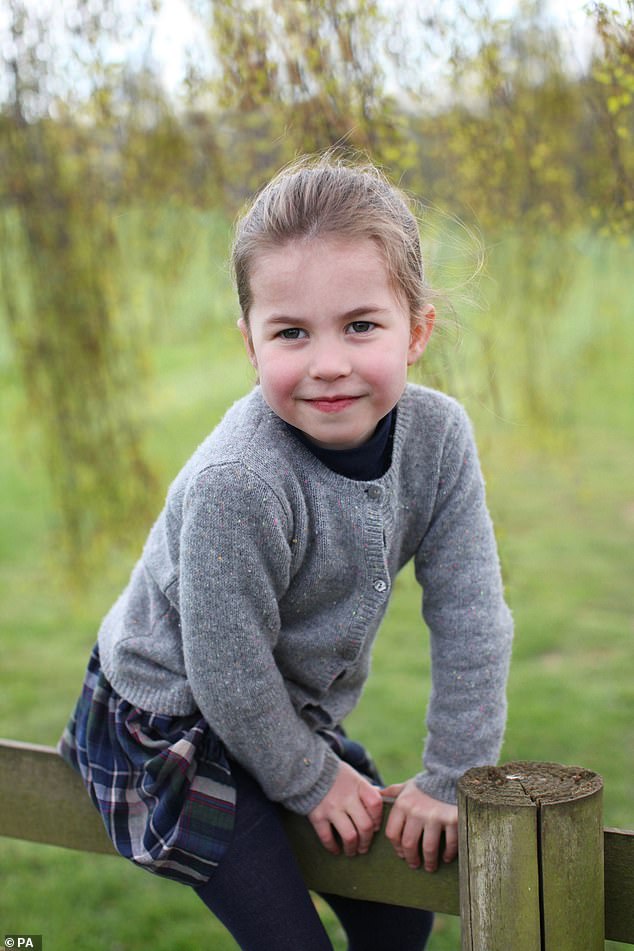 Speaking of how the duchess achieves that natural look with her pictures, the expert says: ‘Of course her children feel comfortable being photographed by their mother or someone they know or trust and that way you’ll get the best results naturally’. Pictured, a second photo shows Charlotte posing on a fence

Portrait photographer Glenn Gratton, from West London, believes one of the biggest skills Kate uses is Photoshop to achieve a colour boost – along with snapping her own family members.

He told FEMAIL: ‘Of course her children feel comfortable being photographed by their mother or someone they know or trust and that way you’ll get the best results naturally.’

‘She’s clearly using Photoshop to make the best of colours throughout the sets of pictures. It’s used to enhance colours, control levels of light and give a boost where needed to a photograph – especially if it’s been shot outside using natural light or if a portrait has been back lit by the sun.’

And the expert particularly praises Kate’s photography style for being natural rather than too posed. 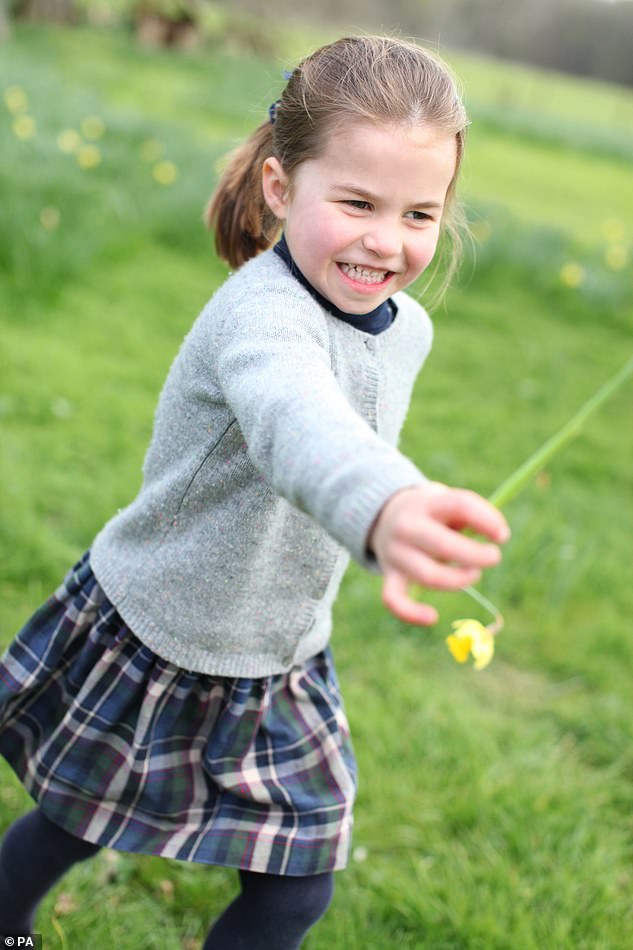 In the third official photograph released today, which was taken by Kate, Charlotte can be seen racing around in the garden, holding a daffodil 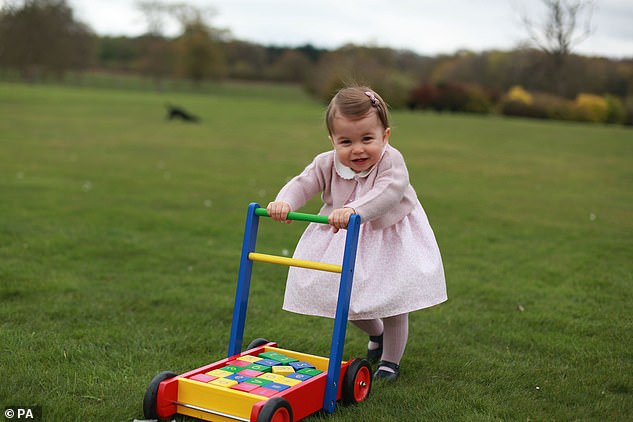 Another photographer Jaimie previously told how Kate always ensures her children’s faces are the main focus of her pictures and sometimes sacrifices good framing. In this photo of Princess Charlotte, taken in the garden in Norfolk in 2016, Kate has chopped off the end of her toy

‘All the pictures are so very natural rather than staged and often a lot of my high-end clients now like and prefer this style of photography,’ he said.

‘And some of the high-end weddings I shot last year all wanted this style.’

He also admits the royal’s photography skills have come on leaps and bounds over the years, which he partly puts down to new equipment and a newfound confidence.

‘You can see a marked improvement over the past few years and this is also probably down to the fact that she is feeling more confident with her camera and no doubt she has upgraded her equipment somewhat,’ he explained.

‘Very recently there was a royal in the Leica camera store in London. I’ve used Leica for years now and it gives a beautiful beautiful feel to the pictures – less of a digital look. Kate’s going for the “its been shot on film” look.

He added: ‘A modern camera makes pictures look very traditional, unlike just snapping a picture on your phone. She’s putting the extra effort in and it’s clear in the photos.’ 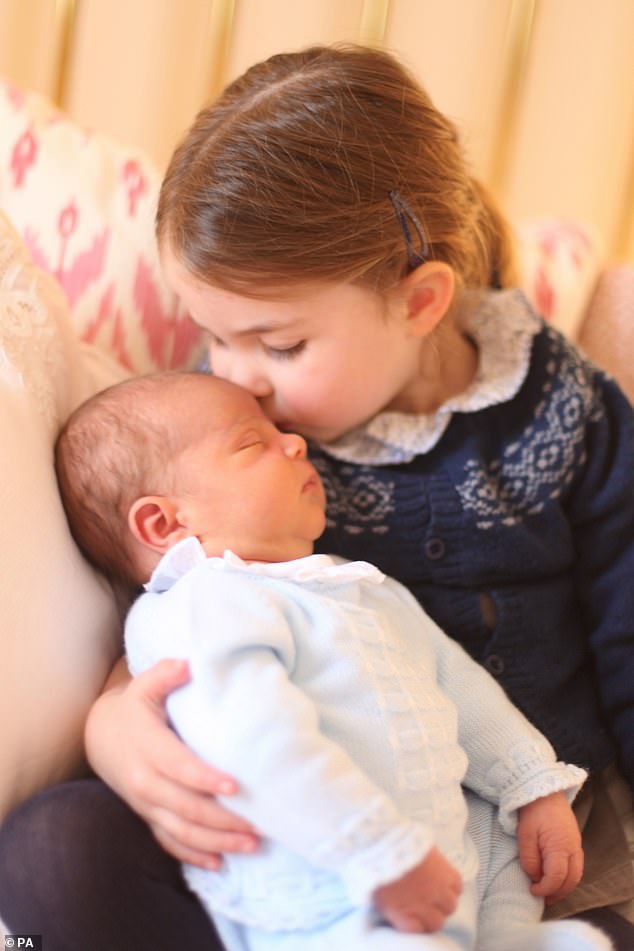 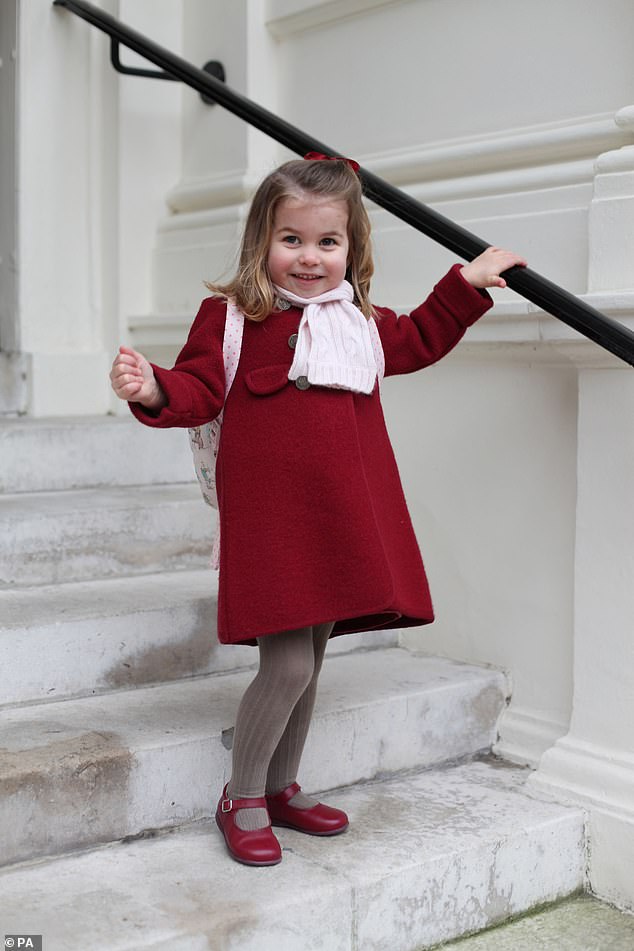 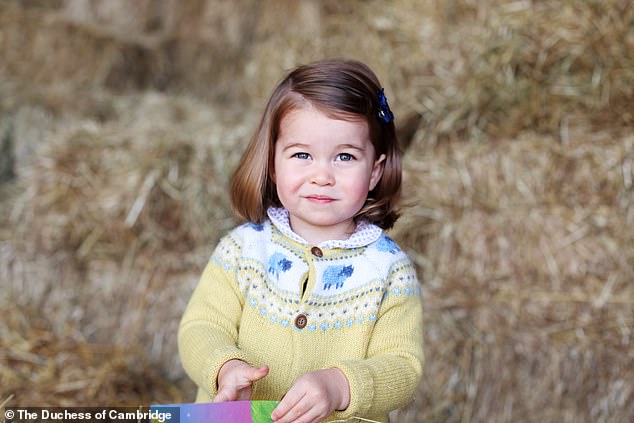 Kate’s use of colour is praised by paparazzi photographer Jaimie, who told how the Duchess uses bright outfits to make the photos pop. Pictured is Princess Charlotte in a snap taken to mark her second birthday in April 2017

While Kate seems set on her current style for the time being, the professional also predicts she’ll soon start mixing it up to keep up with new trends.

‘Black and white photography is really coming back,’ said Glenn. ‘She’s not gone down that avenue yet but I’m sure she will experiment with that technique soon. It will require different lighting and exposure techniques.’

He added: ‘All in all I think she’s given the pictures a genuinely lovely natural feel and it’s shows how she improved as a photographer.’

Hands-on parent Kate became the first member of the royal family to take the first official photographs of a royal baby back in 2015, when she released her snaps of newborn Charlotte in the arms of her big brother Prince George.

She then she has captured several official photographs of George, five, Charlotte, three, and Louis, one, to mark important family milestones. Royal fans often wait in trepidation for the pictures, which typically capture their subjects looking natural and relaxed.

Kate previously shared three adorable portraits of Prince Louis, taken in the garden at their home in Norfolk, to mark the first birthday of her youngest son. 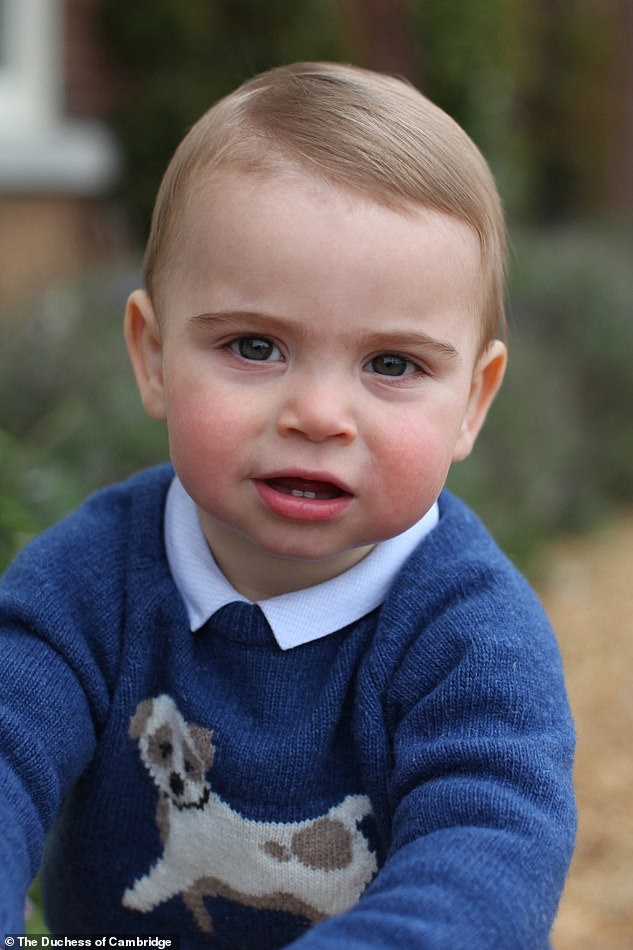 Kate’s prowess behind the camera was marked officially in 2017, when she was named an honorary member of the Royal Photographic Society. Pictured is Prince Louis, in a shot taken earlier this month 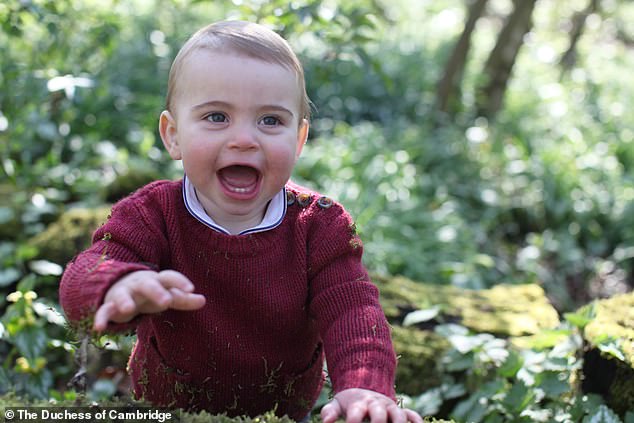 In these sets of photographs, London-based award-winning photographer Bronwen Sharpe praises Kate’s natural ability to capture ‘authentic unstaged moments’ – and the fact she chooses her own children as her subjects.

She previously told FEMAIL: ‘No other photographer would be able to capture the same connection she has with her children. There is a real warmth and love that is present in her work.

‘She has a natural ability to capture humanity with a great eye for composition and colour.’

Her use of colour in the set of Prince Louis was also praised by paparazzi photographer Jaimie Harris.

‘She always puts them in bright outfits which make a photo pop,’ she explained.

‘I think she’s definitely improved since her first George and Charlotte photos, she’s now experimenting with different light by venturing outside into the garden.’ 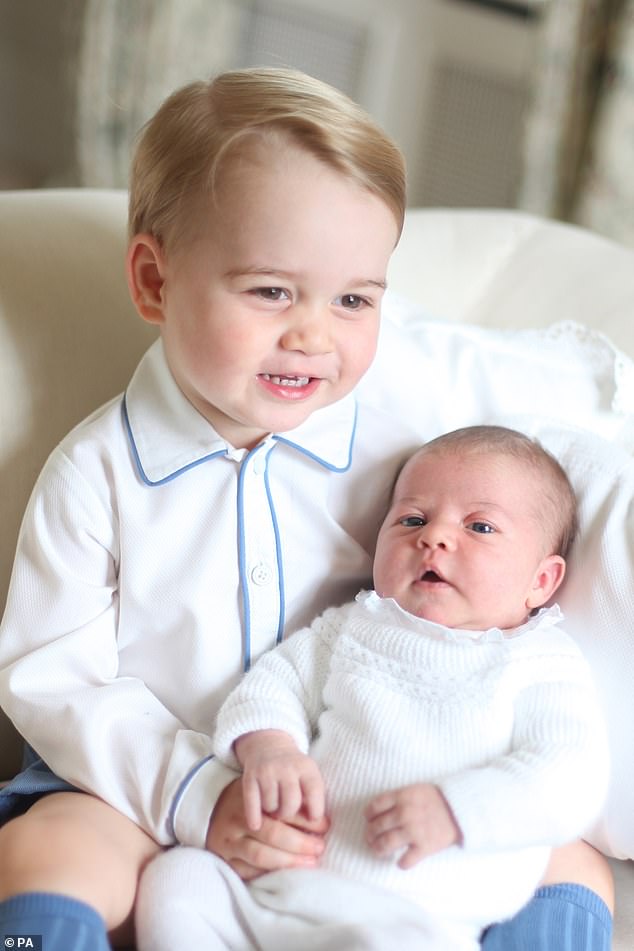 Kate became the first member of the royal family to take the first official photographs of a royal baby back in 2015, when she released her snaps of newborn Charlotte in the arms of her big brother Prince George 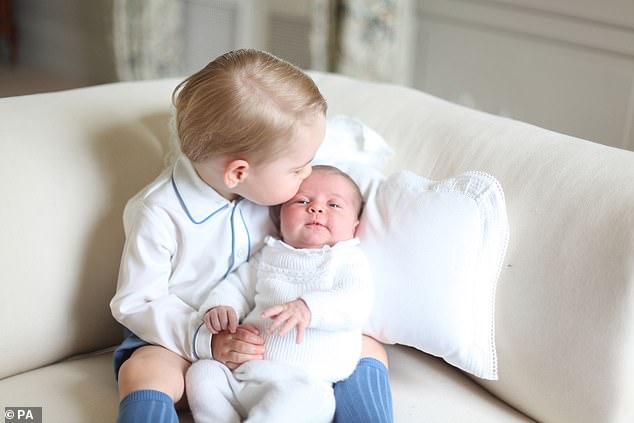