Fans baffled that Charles will walk Meghan down the aisle

The last time Charles walked a bride down the aisle: How the Prince of Wales stepped in to give Diana’s goddaughter away on her big day

The Prince of Wales has stepped in to walk Meghan down the aisle tomorrow – the second time he has given a bride away at the altar.

In 2016, Charles gave away family friend Alexandra Knatchbull at her wedding to Thomas Hooper as her own father looked on.

At the time, some speculated that Lord Brabourne, a close friend of the Prince and the grandson of Earl Mountbatten, was in poor health.

Others suspected strained relations between the bride, goddaughter of Princess Diana, and her father could go some way towards explaining why a bride from one of Britain’s most established families chose to break with tradition. 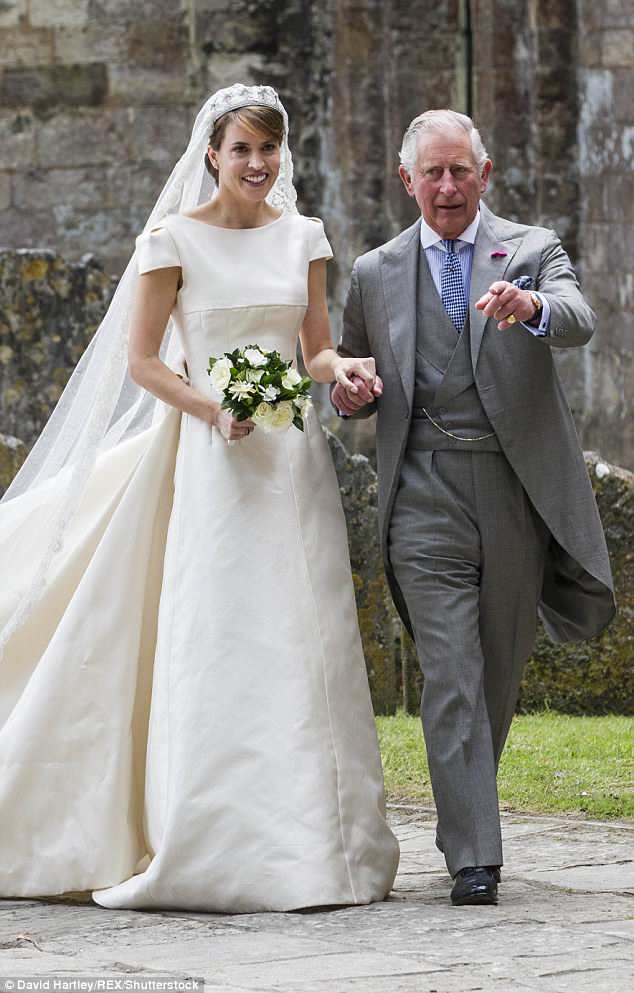 Prince Charles, who walked family friend Alexandra Knatchbull down the aisle at her wedding in 2016, will step in for Thomas Markle, it was announced this morning 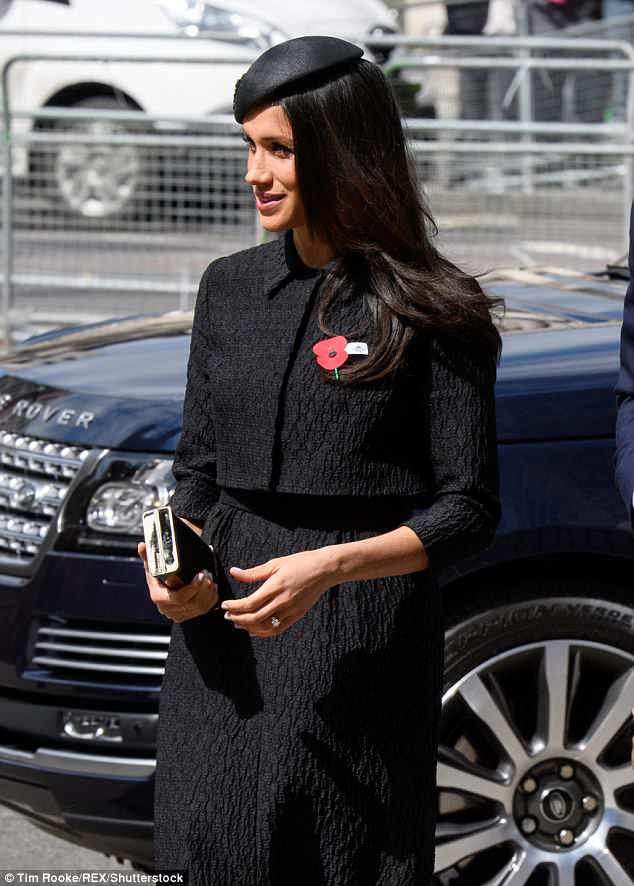 Meghan said she was ‘sad’ her father Thomas wouldn’t be able to give her away as he recovers from heart surgery, but will no doubt be comforted to have Charles by her side Kensington Palace announced this morning that Charles would be stepping in; the Prince said he was ‘pleased to be able to welcome Ms. Markle into The Royal Family in this way’

In 2010 Norton Knatchbull, the eighth Baron Brabourne, abandoned his 31-year marriage to run away to Nassau in the Bahamas with fashion designer Jeannie Nuttall.

When this relationship ended in 2014 and he returned to the historic estate –where Noel Coward played the piano at weekend house parties (when the Queen and Prince Philip were staying) – he was banished from the house to live in a converted barn.

A family friend said: ‘It’s very unusual to be given away by someone else at your wedding – even if it’s the Prince of Wales.

‘At the time Alexandra was absolutely furious with her father for leaving her mother, but of course she still wanted him at the wedding.’

This week has seen countless twists and turns surrounding whether Mr Markle would attend Saturday’s royal wedding at Windsor Castle in Berkshire after The Mail On Sunday revealed he had staged a series of paparazzi photos for cash. The royal did the honours at Alexandra’s wedding, while her father looked on. Many speculated that the bride’s father was in poor health, while others believed it was family politics

Team Doria: Thousands took to Twitter to question why Meghan’s mother, Doria Ragland, couldn’t stand in for Thomas Markle instead

He pulled out on Monday, saying he didn’t want to further embarrass his daughter – but it later seemed that Meghan had managed to persuade her father to change his mind.

By Tuesday, it seemed he had backtracked on his decision after the bride-to-be pleaded with him to come to England for the big day.

‘I hate the idea of missing one of the greatest moments in history and walking my daughter down the aisle,’ Mr Markle said. ‘Of course I’d walk her down the aisle. This is a historic moment. I’d like to be a part of history.’

However Meghan confirmed on Thursday, via Kensington Palace, that he would not be attending after all while he ‘focuses on his health’.

Earlier this week, royal fans called on Charles to step in, saying it would be a sign of ‘acceptance’ with his new daughter-in-law. They are bound to be delighted at the latest news

Retired lighting director Thomas, 73, reportedly underwent heart surgery following a dramatic week which saw him pull out of proceedings due to a staged photo scandal.

But following his second U-turn in a week, Meghan is said to have asked her future father-in-law to step in.

However social media users were baffled by the latest development, with one writing: ‘Why is Prince Charles walking Meghan Markle down the aisle and not her mum?

‘If it’s anything to do with it having to be a man who gives away the bride, then that’s it, I’m out.’

Another wrote: ‘It would have [been] lovely if Meghan Markle’s mum would walk her down the aisle not Charles.’