Motherly love! Fergie and Princess Beatrice share a warm hug after leaving London hotel – as the Duchess of York prepares to re-enter the royal fold at Harry and Meghan’s wedding

There’s been controversy over Prince Harry and Meghan’s wedding guest list – with some members of the royal family failing to receive an invitation.

But one person who has made the guest list is Sarah Ferguson, after Harry fought to have her included.

Fergie, 58, was snapped leaving The Connaught Hotel in London with daughter Princess Beatrice, with just one day to go before the royal wedding on Saturday.

The pair were seen sharing a warm mother-daughter hug after leaving the hotel together. Sarah Ferguson, 58, has been spotted leaving The Connaught Hotel in London with daughter Princess Beatrice 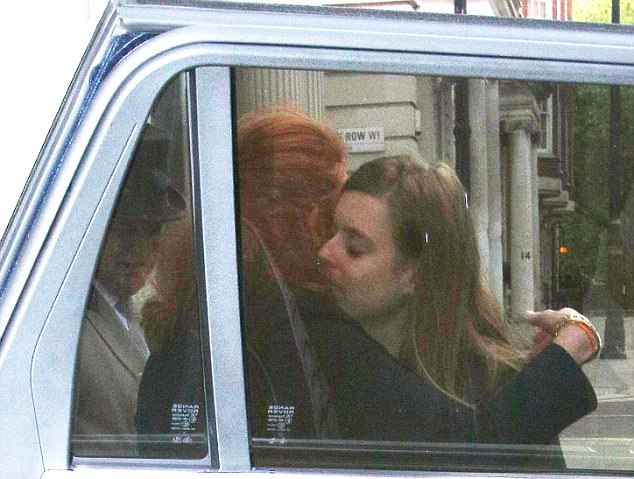 Beatrice, 29, meanwhile opted for a stylish black frock, teamed with striped pumps and a blue handbag.

Harry and Meghan’s guest list has caused some raised eyebrows, with junior members of the royal family believed to be missing out on an invite.

Lord Frederick Windsor and Lady Gabriella Windsor – the children of the Queen’s cousin, Prince Michael – and the Duke of Kent’s granddaughters, Lady Amelia and Lady Marina Windsor, are among those believed to have been snubbed. 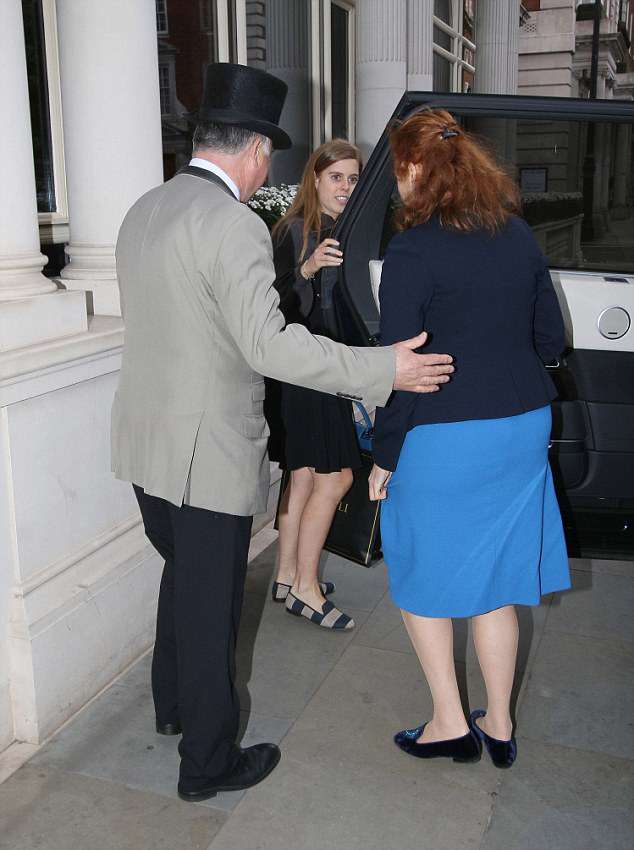 Fergie looked chic in a blue shift dress and jacket, while Beatrice opted for a stylish black frock

However, the Duchess of York is believed to have made the guest list, despite not being invited to the Duke and Duchess of Cambridge’s wedding in 2011.

Harry is understood to have personally intervened to make sure Prince Andrew’s ex-wife had an invitation to his wedding, along with the reception afterwards.

However, Fergie is understood to have been upset at not having received an invitation to the more intimate evening reception at Frogmore House.

It is understood thatshe has already been introduced to Meghan by Harry, who is close to his cousins Beatrice and Eugenie, but it is thought that Charles, who is paying for the evening reception at Frogmore House, doesn’t approve.

An insider told the Mail: ‘Numbers are limited to the evening party, she is not a member of the Royal Family any more and Prince Charles simply doesn’t have time for her.

‘He just can’t see why she is still such a big part of his brother’s life.’