Ferrari isn't racing toward electric cars, but they'll be loud when it gets there

Fox Business Briefs: Ferrari introduces its first hybrid, the SF90, which will have 986 horsepower and a top speed of 211 mph making it the most powerful street-legal vehicle the Italian supercar manufacturer has ever made; Abercrombie & Fitch says it’s closing some its large flagship stores and focusing on smaller shops.

When Harley-Davidson got into the electric motorcycle business, there was one thing it knew it needed: noise.

While many battery-powered vehicles take advantage of electrification to operate as silently as possible, H-D made sure that its Livewire bike was engineered to produce a signature sound that it described as the electric guitar complement to its acoustic gas-powered bikes. Now supercar maker Ferrari is singing the same tune.

Stocks in this Article

During the company’s third-quarter earnings call, during which it reported better than expected profits that pushed the stock to an all-time high, CEO Louis Camilleri said of future electrified products “sound is ‒ in terms of all of the consumer research we have ‒ is one of the key elements and, clearly, it is a big priority.” 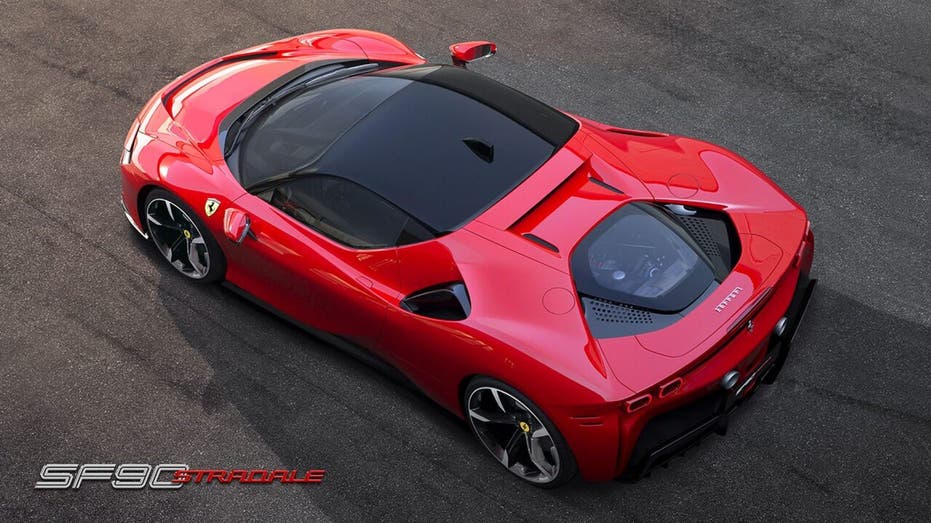 The SF90 Stradale uses a V8 engine and three electric motors to generate 986 hp and can drive up to 15.5 miles on battery power alone. (Ferrari)

Ferrari has yet to build a fully electric car, but has produced two hybrids, including the new $625,000 SF90 Stradale, that incorporates electric motors.

Camilleri said it has learned plenty about zero-emissions entertainment in the process. “We've done a lot of work on that and we feel comfortable that that is certainly one of the aspects that we can address,” he said.

THE SF90 STRADALE IS THE MOST POWERFUL FERRARI EVER

However, Camilleri previously said that Ferrari isn’t planning to launch an all-electric model until at least 2025 and the 65-year-old executive doesn’t see Ferrari transitioning into a fully battery-powered brand anytime soon.

“My own sense is that to sort of say 100% electric, that's pushing things. I really don't see Ferrari ever being at 100% EV. And certainly, not in my lifetime will it reach even 50%.”