With fierce competition who is Queen of the Insta-braggers?

For today’s fame hungry women, enjoying five-star breaks, flaunting their toned bodies and sharing their jet-set lives on social media is part of the ‘job’… but with fierce competition who is Queen of the Insta-braggers?

With time on their hands, gazillions of pounds in the bank and bronzed, toned flesh to flaunt, just what is a girl to do? Why, hop on a plane, of course. 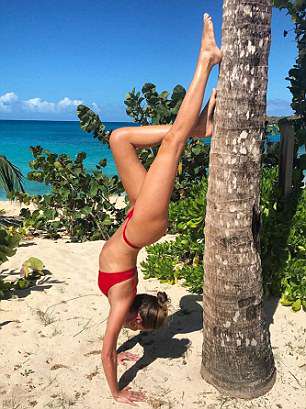 Long-haul holidays are almost a full-time occupation for today’s Z-list celebrities and socialites – not to mention the exhausting task of sharing their good fortune on their Instagram accounts.

Last week, Tamara Ecclestone, the multi-millionaire daughter of Formula 1 mogul Bernie, went on her 12th holiday in as many months. Clearly she needs the rest from her demanding job as a… well, whatever it is that she does.

With former stockbroker husband Jay Rutland and four-year-old daughter Fifi, she has shared glamorous snaps from each trip with her 400,000 followers.

No mention of the Yeti-sized carbon footprint the family have left behind, naturally. But she’s not the only celeb hitting the five-star hotels and first class airport lounges.

There are plenty of rivals for the crown of Queen of the Beach Breaks, with Britain’s Got Talent judge Amanda Holden, models Kelly Brook and Millie Mackintosh and TV presenter Myleene Klass among those losing no opportunity to show off their designer bikini collections.

Who, then, is (air) miles ahead with a passport to paradise, and who has been left in the shade? Here we tally up their travels in the past 12 months.

You  might think a £70 million, 57-room London mansion might contain everything a girl could ever want. But it seems that Formula 1 heiress Tamara Ecclestone, 33, is barely at her Kensington home to enjoy it, taking 12 holidays abroad in 12 months. 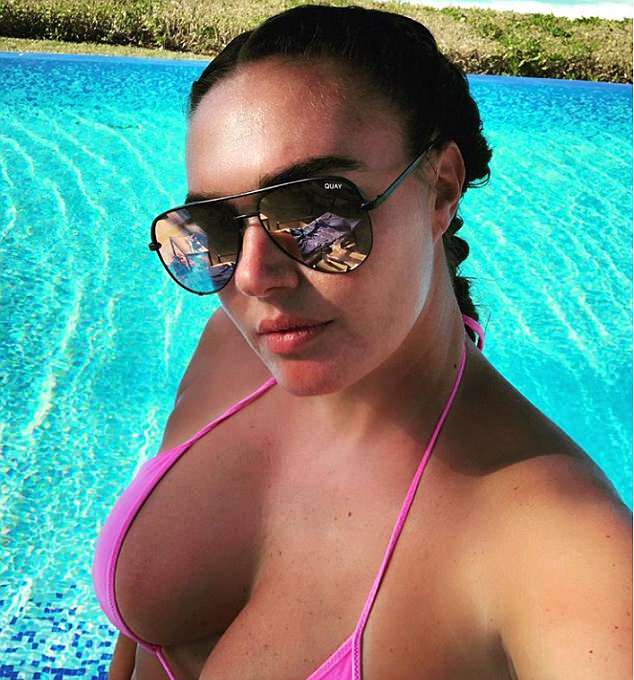 At least she’s making good use of her £5 million wardrobe – her extensive bikini collection has travelled from the Bahamas (above), to Dubai.

She has also twice taken a skiing trip to the swanky Swiss resort of Gstaad, above right, and took her four-year-old daughter Fifi to Lapland for a Christmas treat.

At least Tamara has her own private jet, so she doesn’t have to mix with hoi polloi at the baggage carousel.

Model who could Poppy up anywhere… 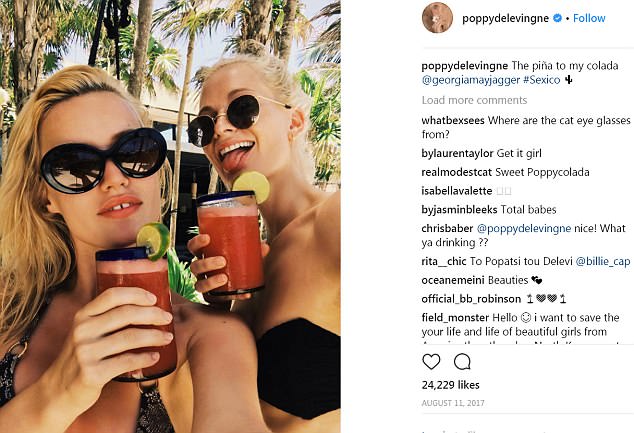 Model Poppy Delevingne is renowned for going off-piste – whether that’s skiing in the Alps with pals (below), or sipping cocktails in Mexico with Georgia May Jagger (above).

Her recent 32nd birthday was spent in a Manhattan skyscraper, and other trips include Tokyo and Venice. 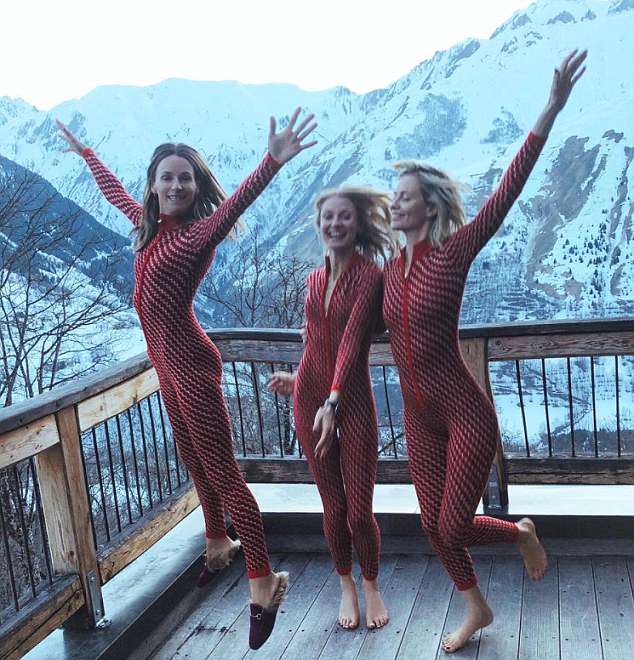 Where’s Kelly, one woman who is always on the loose? 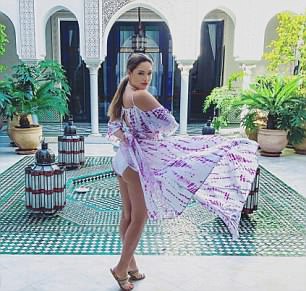 Kelly Brook posted this image on her Instagram page, showing her in Morocco

She is a regular on the Loose Women panel – but an even more regular visitor to the departure lounge… Photogenic Kelly Brook has jetted off 14 times in the last year, sharing her travels with her 915,000 Instagram followers.

Her getaways include a road trip across Provence with a pit-stop in the millionaire’s playground of St Tropez and two trips to Paris.

She has posed by the Eiffel Tower (below) and as she prepared for a traditional hammam steam bath and massage in Marrakech, Morocco, right.

Often accompanied by her French model boyfriend Jeremy Parisi, she has travelled as far afield as Hong Kong, Thailand, Iceland, Miami, Antigua and Italy. Luckily, as someone who used to have her own swimwear range, she won’t run out of bikinis. 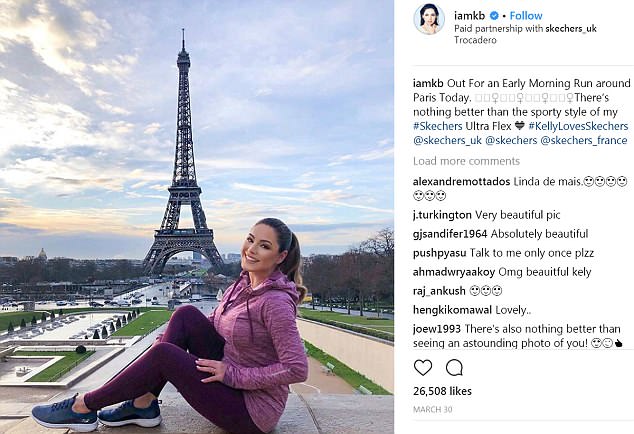 Why life is always sweet for Millie 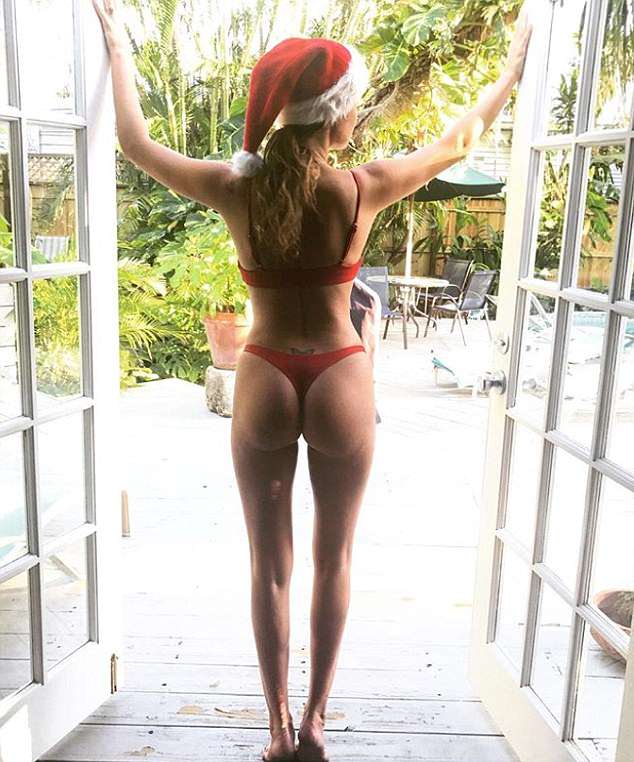 As heiress to the Quality Street fortune, Millie Mackintosh is certainly not ashamed to unwrap.

The 28-year-old, who is dating her former Made In Chelsea co-star Hugo Taylor, recently posted bikini snaps from a break in Antigua, right, to her 1.3 million Instagram followers.

At Christmas she was in Florida (above), and she has also spent time in Majorca, Ibiza, Cannes and Mykonos in the past 12 months.

Amanda finds Britain’s got talent – but not enough sun 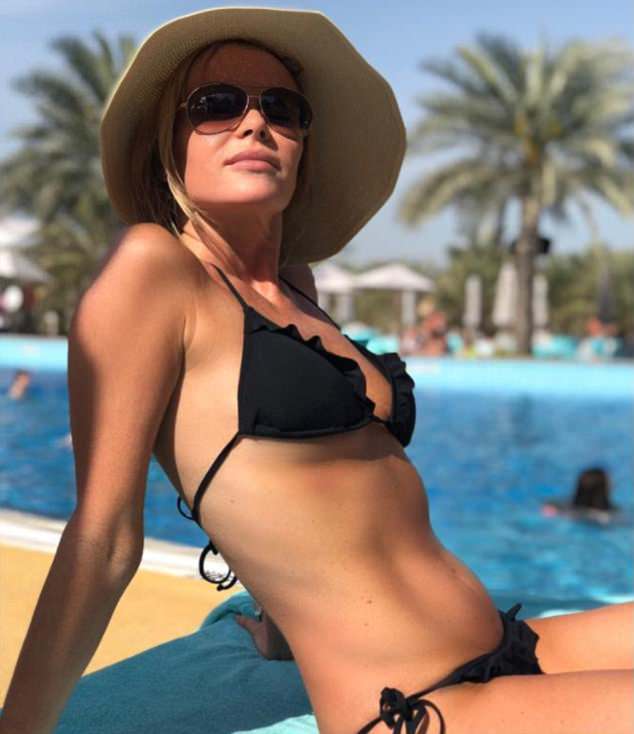 She is on the panel of Britain’s Got Talent, so who are we to judge if Amanda Holden takes a well-earned break… or 11?

In the past year her trips have included Dubai (above), Marrakesh, a cycling holiday in Holland and a trip to Disneyland Paris, where she met Minnie Mouse. Perhaps she was just talent-spotting? 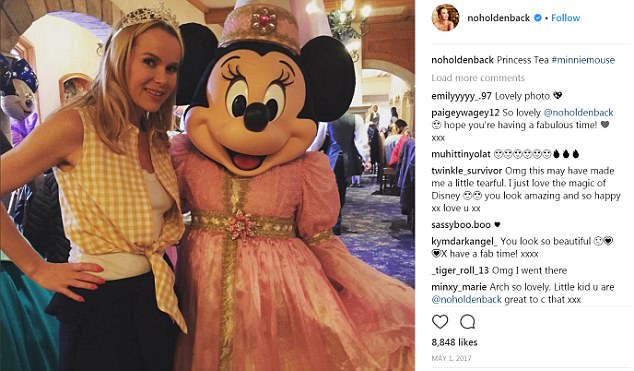 It’s never too hot for Frost 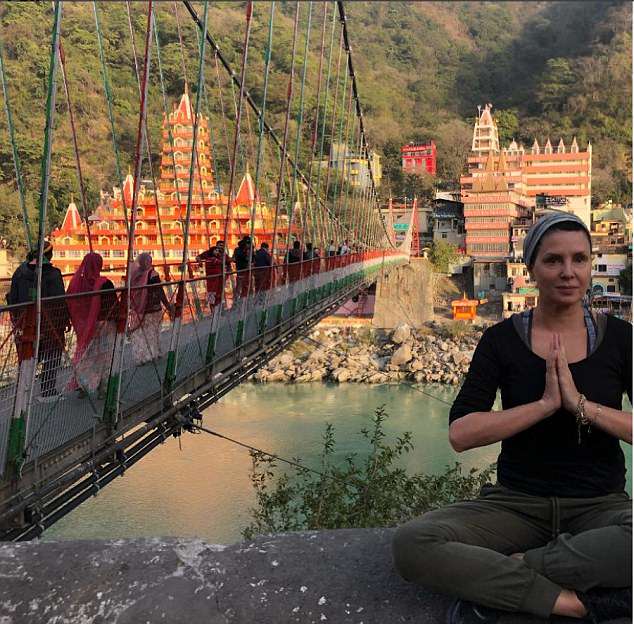 She’s been carrying a lot of baggage for years. So in the past 12 months actress Sadie Frost, 52, has been escaping from Primrose Hill to retreats in Majorca, Ibiza, India (above) and Venice, where she took the Orient Express (below). 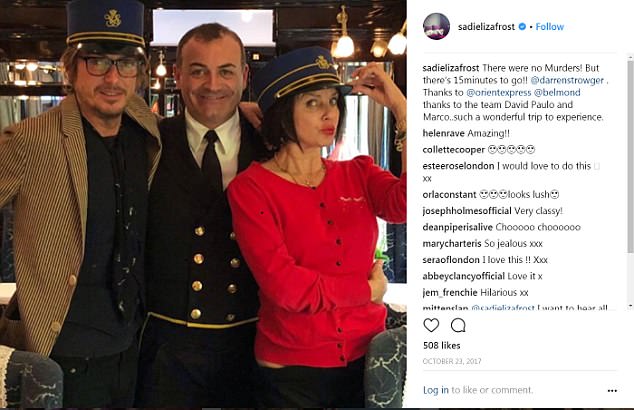 Despite claiming she feels ‘less relevant’ with age, she also squeezed in a trip to California’s trendy Coachella music festival.

Despite enjoying success as a member of the now-defunct pop band Hear’Say, it was showering in a skimpy white bikini in the jungle on I’m A Celebrity in 2006 that really cemented Myleene Klass’s fame.

And it appears she’s now sticking to what she does best – looking great in swimwear – albeit with a more extensive wardrobe. 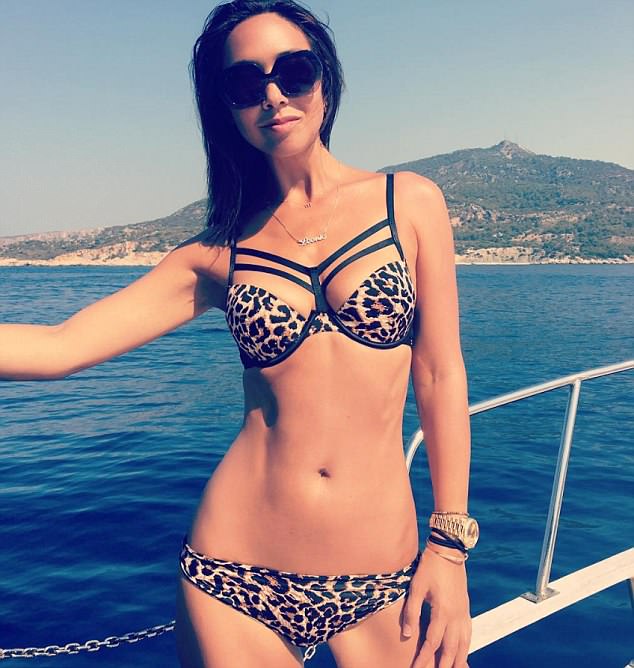 Celebrating her 40th birthday in the Seychelles with daughters Ava and Hero, the star posed with a snorkel aboard a yacht (below) telling her 250,000 followers it was ‘dive day’. 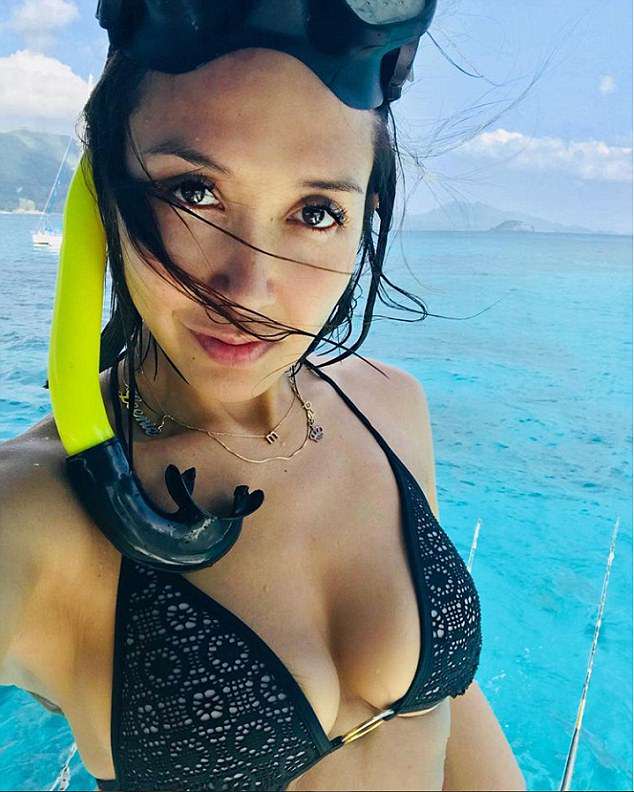 And last July, while sunning herself in Portugal, out came a leopard-print two-piece, with the caption: ‘Just add water.’

Apart from a brief sojourn to the Isle of Wight to watch the Cowes Week yachting, she tends to holiday in the sun, with trips to Turkey, Spain and Dubai.