Treasurer Josh Frydenberg has been placed seventh on the Kooyong election ballot while his independent opponent has been placed first, in a move that could help swing votes away from the Liberal MP.

With nominations for the federal election now closed, ballot draws are under way around the country to determine the order candidates’ names will appear on the printed ballots. Getting first spot on a ballot can provide a small but potentially crucial advantage as there is a percentage of voters who number the boxes in order regardless of who they want to vote for. 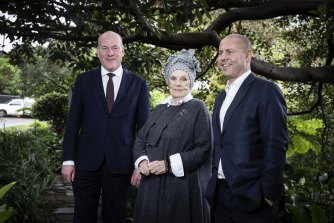 In the key marginal seat of Gilmore, Liberal candidate Andrew Constance has won a crucial advantage by being named first on the ballot, while sitting Labor MP Fiona Phillips was placed in seventh and last spot.

Frydenberg was seventh out of 11 candidates in Kooyong, but independent candidate Monqiue Ryan, who is his main challenger, was put in first spot.

Independent psephologist Dr Kevin Bonham said the advantage of donkey votes – where people number the ballot in consecutive order from top to bottom – was less than 1 per cent in most seats.

“It’s a small advantage, but it’s only likely to be decisive if it’s a very close seat,” he said.

“In a seat which comes down to a few hundred votes, it might be that someone wins by having the better ballot position.”

But seats that were super marginal at the last election may not be as marginal this time around, Bonham said.

“It’s not really easy to tell which are the seats where it makes a bigger difference, but it’s certainly more interesting in a seat where there’s some sort of contest.”

“But where Frydenberg is – seven out of 11 – is not particularly bad,” Bonham said.

The donkey vote advantage on the senate ballot is very small. If obscure parties draw first place, Bonham said they will still often receive less than 1 per cent of the vote.

Bonham said it was a fair system, but it would be fairer still if the federal election took the Tasmanian system, which uses the Robson rotation to randomise every printed ballot.

“In the Tasmanian system every ballot paper is randomised so you don’t get the big advantage from going first,” he said.