Lee Daniels’ forthcoming biopic The United States vs. Billie Holiday is no Lady Sings the Blues. And that’s no shade. Instead it’s a great thing. It’s the film he and his star Andra Day say we need right now, which is the truth about how the United States of America targeted and punished Billie Holiday for daring to take a stand against lynching and Jim Crow by singing “Strange Fruit.”

Pulitzer winner Suzan-Lori Parks’ script captivated Daniels when he read it five years ago. So much so that he knew he had to do it and raised the film’s financing. Right now, the project, also starring Trevante Rhodes, Evan Ross, Da’Vine Joy Randolph and Natasha Lyonne, is scheduled for a February 12, 2021 release. And, for Daniels, it can’t come a day too soon. 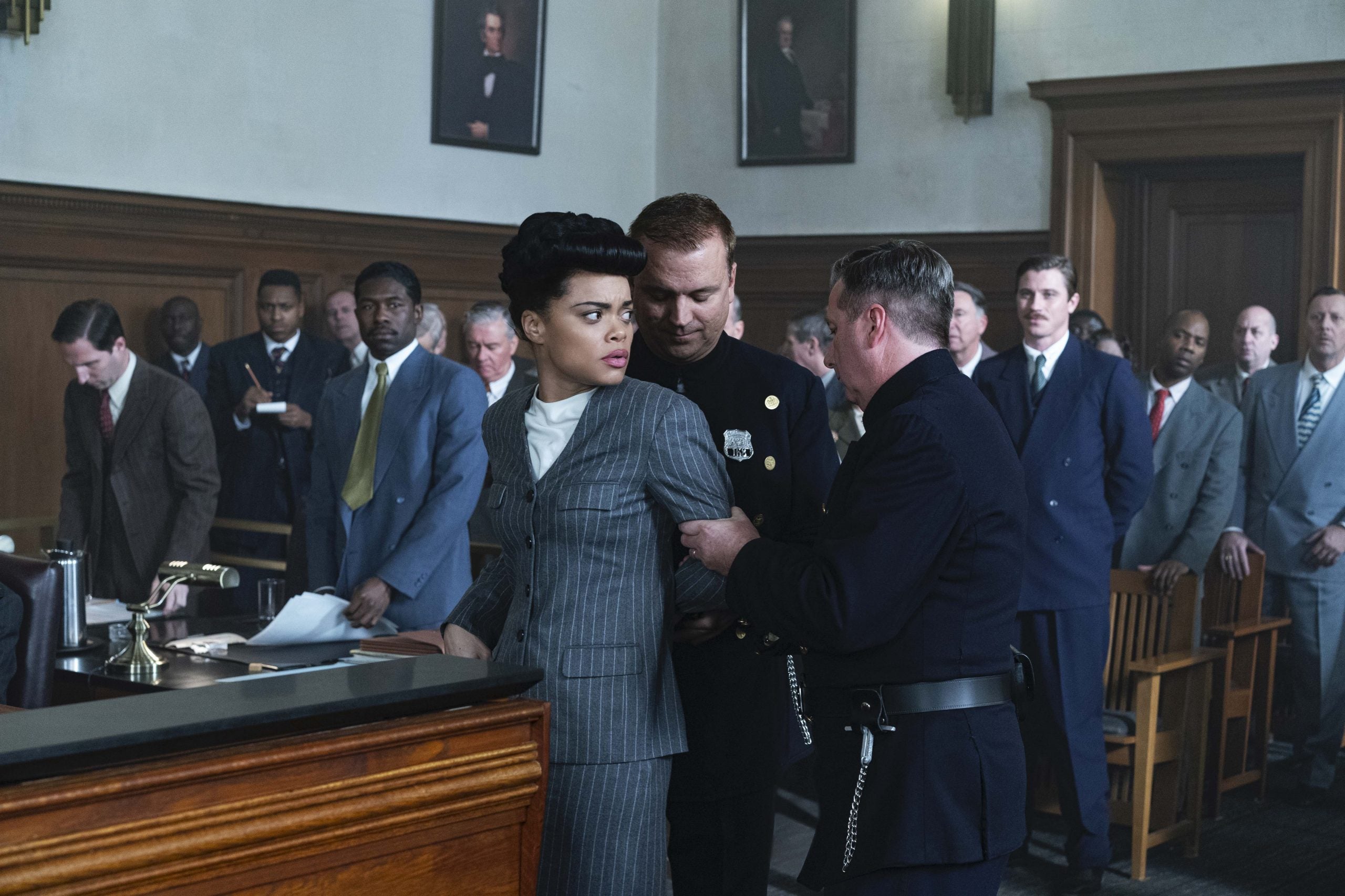 “She was a human being with problems,” Daniels tells ESSENCE via phone. “And, yet, she was a civil rights leader and a woman, and I think that she was a badass and needs to be honored.”

Whether Day was right for the role or not is something Daniels admits to not knowing at first. Though Day, who grew up in the San Diego area, is an acclaimed singer, Daniels didn’t know if she could act. And, truth is, neither did she. Pushed by Daniels’ manager, however, they both gave it a try.

Even though she considers herself one of Lady Day’s biggest fans, playing her was just never anything she considered. Acting was not even something Day even saw herself doing at the time, though she is a San Diego School of Creative and Performing Arts alum. She, instead, set her sights on working behind the scenes as a director and producer.

Though the “Rise Up” singer was terrified to play Holiday, she walked in that fear and won Daniels over. “She blew me away in her audition,” he says. “Like she blew me all the way away. It was almost like the spirit of Billie came right in.”

Besides the two just hit it off. “We talked and we just got along, and we vibed really well,” Day says of their first meeting. “We talked about a lot of things, like the film, about her and he wanted to know about my love for her as well.”

That conversation literally astounded her. “That’s when I found out that the film was actually going to highlight the fact that the FBI went after her and that she was like the first martyr in the war on drugs. That to me really piqued my interest. Going in, I initially thought ‘I don’t really have an interest in remaking Lady Sings the Blues because I just feel like Diana Ross put her stamp on that and it was beautiful.’ But to find out that it was going to talk about the FBI going after her and sort of vindicate her legacy, that was really exciting for me as a fan of Billie Holiday.” 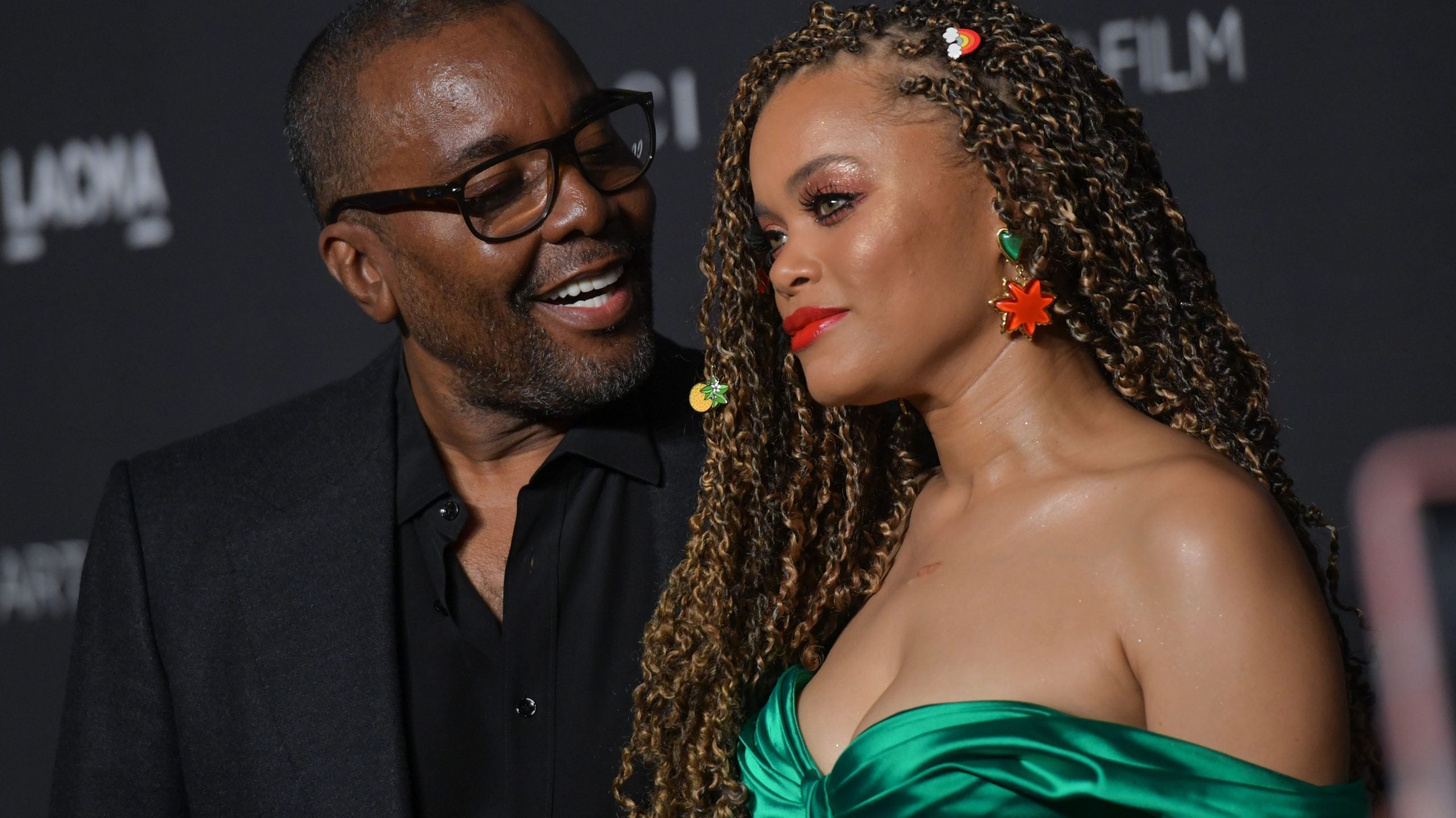 Playing Holiday was not easy of course, particularly because of how tragic a lot of her life truly was. “Though she was an addict, she didn’t always want to be. She wasn’t really given the option by her government and by people to get clean at that time. She dealt with a lot of pain. She grew up in a brothel. She was raped at 11 years old. She was punished for being raped by an older man. Her father died because of Jim Crow laws,” says Daniels, who has never shied away from telling complicated stories centered around Black women.

Still Day sees the triumph in her, the fighter. “I actually think that fractured people, and people with the most trauma end up being our biggest heroes. And that’s who she was. I believe that God used her in a very, very powerful way.”

To get through her fear of playing Holiday, Day says she relied on prayer and reminded herself that “you’re here for a reason and now you just need to get lost in this world.”

Most importantly, she leaned on Lady Day herself.

“Really I asked God for her, if that makes sense,” she confesses. “I asked him to give me her, to put her in my life and place her in me, and I would have conversations with her as well too.”

Daniels also felt Holiday’s presence. “You know I had a dream about Billie Holiday on one of my very last nights of shooting,” he shares. “She was with a group of women and I was transported back in time.”

“She wasn’t dressed all flashy or anything,” he continues. “She was looking shy. And I said, ‘Ms. Holiday, do you mind if I pull you to the side? I’m doing a movie about you.’”

“And she’s just really shy and says, ‘Are you gonna do me right?’

For first look images of Daniels’ The United States vs. Billie Holiday, see below.