Sophie Guidolin, a Queensland-based fitness model and personal trainer, is known for her incredibly lean physique.

But the 30-year-old mother-of-four has reminded her followers that no one starts out looking the way she does – and that it certainly doesn’t happen by cutting out carbs and focusing on cardio.

‘I have been in the health and fitness industry for six years now and I often have to really sit back and remember that when I first started I believed that cutting out 100 per cent of my carbohydrates and fats would equal a lean physique,’ she wrote. 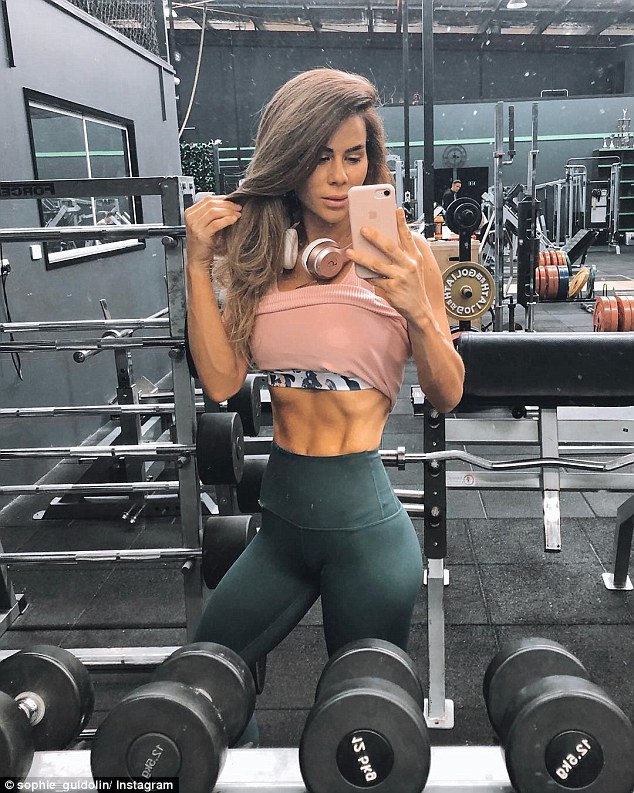 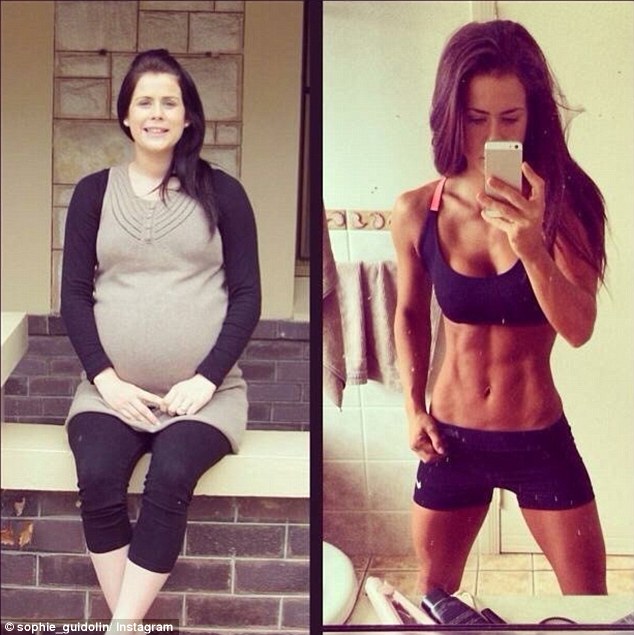 Her diet would consist of primarily vegetables and lean meats before the mother-of-four realised she was starving her body, which led her to changing her diet.

She said that years ago she also believed weights would make her ‘bulky’ and cardio was the only way.

‘I wouldn’t dare look up in the gym or step foot in the weights section in fear of the other members, my body had been through so much (four kids!),’ she said.

‘And I would really need to mentally prepare myself to even have the confidence to walk in.’ 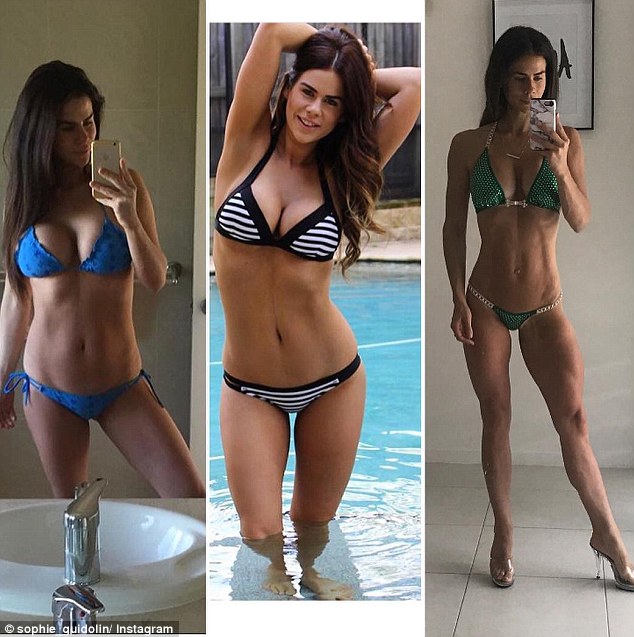 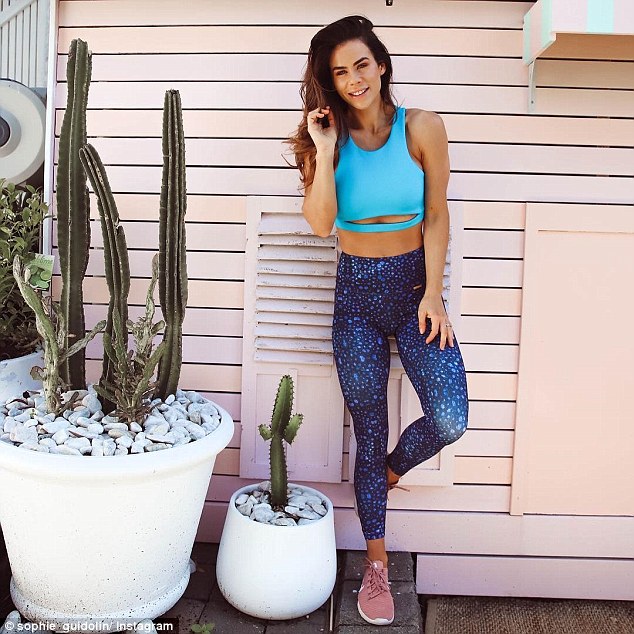 What is Sophie Guidolin’s day on a plate?

Morning tea: A double shot capp and a slice of healthy banana bread, coconut bread, even a muesli bar (all homemade)

Lunch: Leftovers from the night before, or a wrap with chicken or tuna

Quick tip: We bulk-cook and freeze individual serves to make dinner simple and fast so we can all eat together

When she finally did muster up the courage to walk into a gym, Sophie said she would ‘ freak out’ at the idea of not being able to go on a machine that she knew how to use.

If her preferred machines were all taken she would hide away and do ab crunches until they were free.

Now Sophie said all of the equipment is second nature to her as over time she has become more understanding of the fitness industry and what it entails.

‘Like everything in life, you become more and more comfortable within your industry… so often forget those beginning feelings but every pro was once a beginner,’ she said. 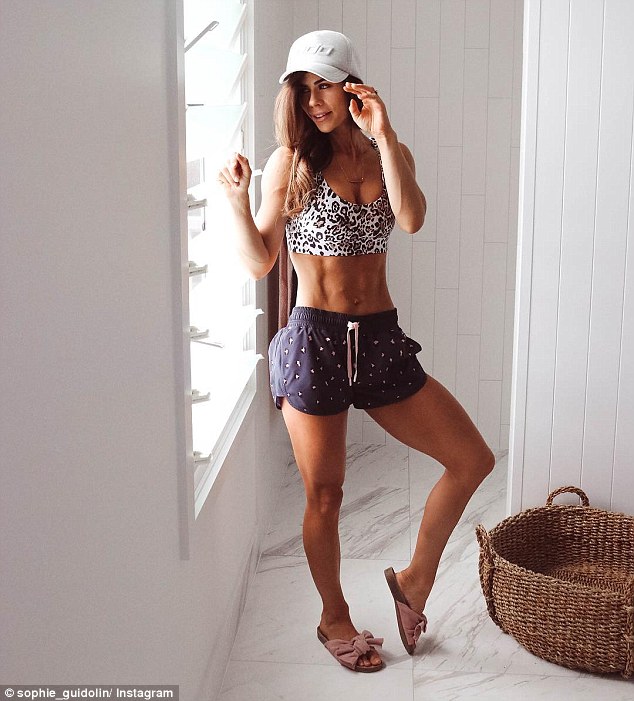 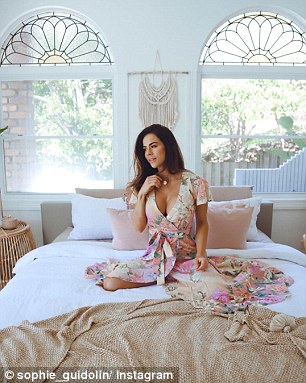 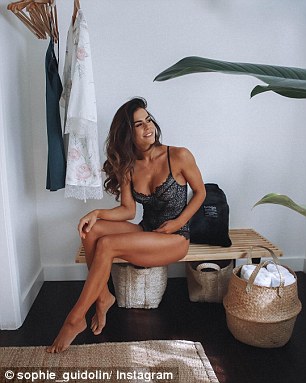 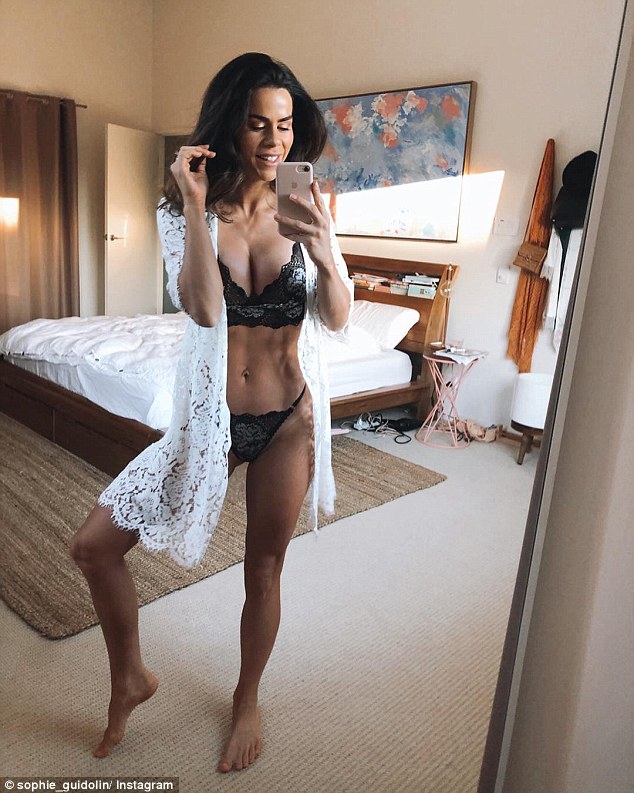 While previously she would stress about what other gym-goers would think of her, now Sophie only concentrates on the hour-long workout she has ahead of her.

‘Remember, everyone starts somewhere. If you’re starting out and feeling overwhelmed, chances are the people you’re looking up to also felt this way starting out too,’ she said.

Previously the personal trainer told Women’s Health that it wasn’t a straight-forward path to where she is now in terms of her fitness and her ability to enter bikini model competitions. 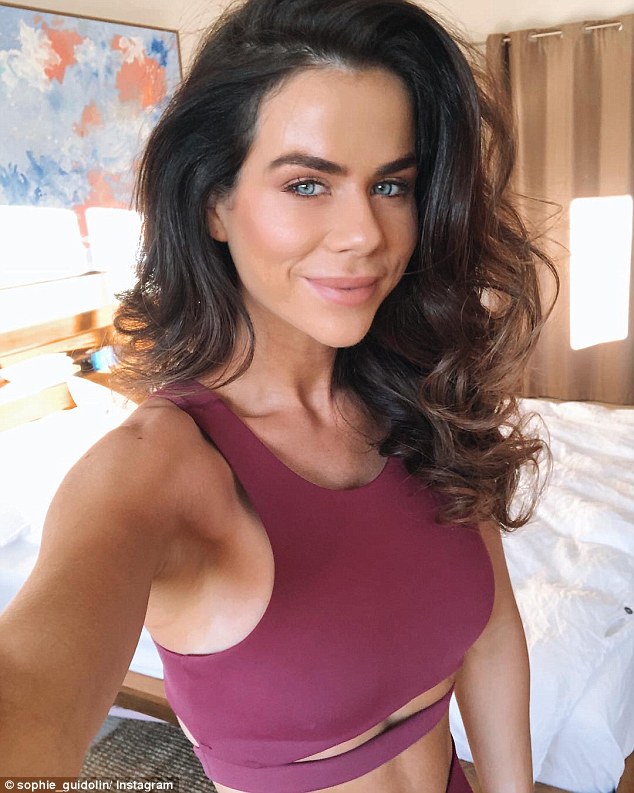 While previously she would stress about what other gym-goers would think of her, now Sophie only concentrates on the hour-long workout she has ahead of her

‘I suffered from ‘gymtimidation’ and had absolutely no idea how to train when I started,’ she said.

‘I grew massive shoulders and carved obliques because they were the only body parts I knew how to train.’

Sophie said that when she first started trying to lose weight, she would ‘burn up hours on the treadmill’ and under eat in the hope that that would help her lose weight.

However, it was only when she started using the weights room properly and tracked her macros that she really noticed results.

‘Once I incorporated weight training and tracking macros, my life transformed,’ she said.