FIVE new 50p coins celebrating some of the nation's most loved pantomimes, including Cinderella and Snow White, have been launched today.

Aladdin, Jack and the Beanstalk and Dick Whittington also makes it onto the tails side of the coins to mark the festive season. 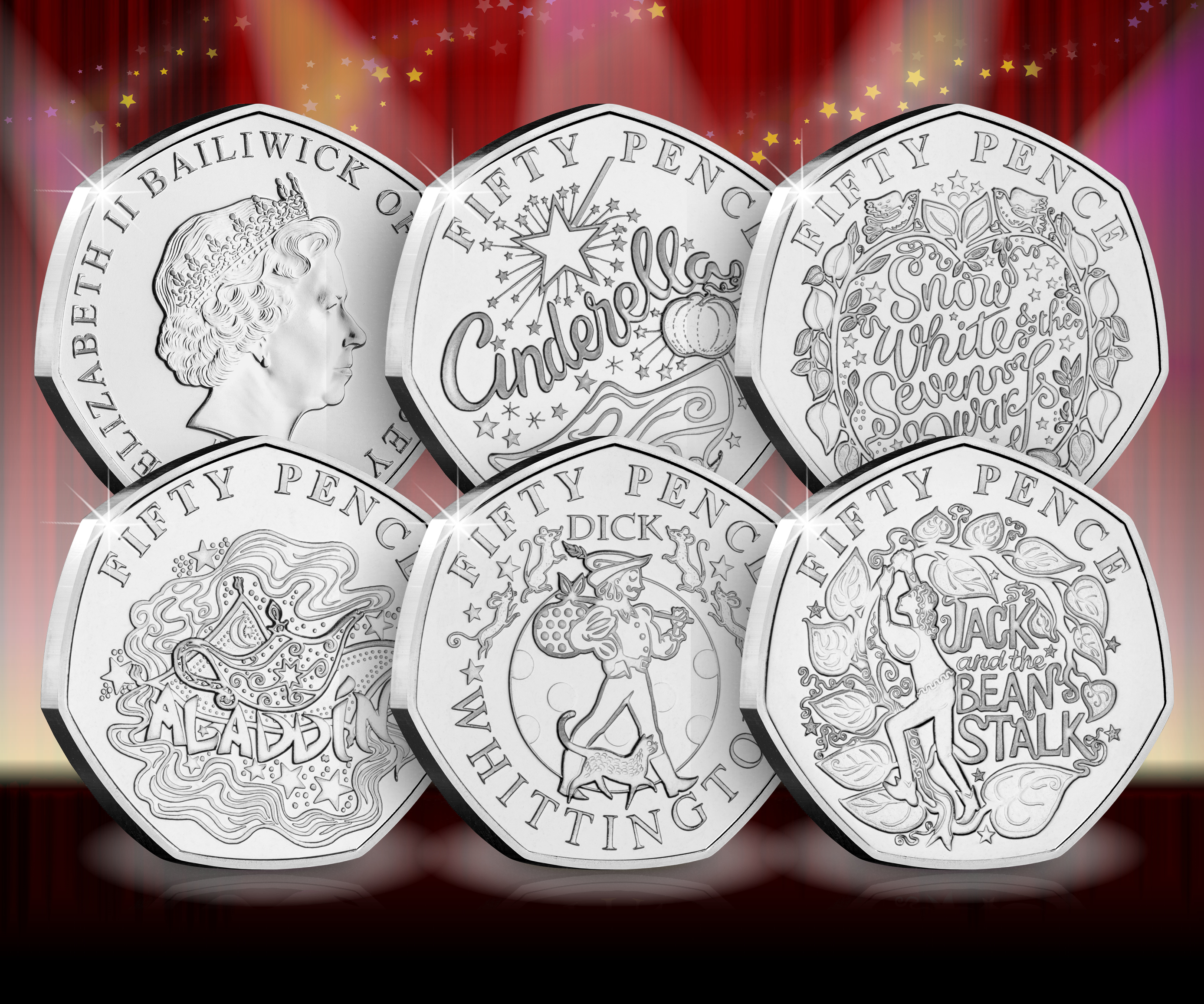 Unfortunately, the coins are being released by the Guernsey Treasury meaning that you won't be able to spend them in shops in the UK.

All five of them feature the title of the play alongside an illustration by artist Ian Rank-Broadley, as well as being stamped with the year 2019.

For example, the Aladdin coin has a flying carpet and magic lamp on it, while Jack and the Beanstalk sees a boy climbing a giant plant.

Commemorative sets of the coins are available to buy from Westminster Collection website from today.

THESE are the most valuable 50p coins currently in circulation that have recently sold for the most on eBay:

This rare commemorative coin was created in 2009 to celebrate the 250th anniversary of London’s Kew Gardens. Only  210,000 of these coins were issued and a quick check online shows up that a circulated coin with this design sold for £148 on eBay after it got 25 bids.

The coin was released in 2011 as part of a series of 50ps celebrating the London 2012 Olympics. Florence Jackson's drawing of a high-jumper made it on to the back of the coins after winning a competition hosted by kids' TV show, Blue Peter. Now they sell for up to £112 on eBay.

Olympics aquatic error coin, up to £62

Ahead of the coin's release in 2011, the Royal Mint redesigned the aquatics 50p to show less water crossing the swimmer making their face more visible. But an unknown small number of coins were accidentally struck with the original design and entered into circulation. One recently sold for £62 after getting five bids.

The Royal Mint released a new 50p when the UK joined the European Economic Community (EEC) in 1973 and when the UK held the EU presidency in 1998. One recently sold for £59 after getting 20 bids.

Olympic football offside rule, up to £33

Fifteen bidders battled it out to get their hands on the Olympic football coin on eBay. Released as part of the Olympic collection, the tails side attempts to explain the off-side rule. Eventually, it sold for £33.

Twenty thousands of the coins – four thousand of each design – will be released into circulation on the British Isle later in October.

This could make the 50p pieces one of the most sought after, considering the Kew Garden's coin is thought to be the rarest coin in circulation with a mintage of 210,000.

These are worth up to £148 on eBay due to the fact that they're so scarce.

The coins aren't made by the Royal Mint either meaning that even though they've been authorised by the Queen, you won't be able to spend them in the UK. 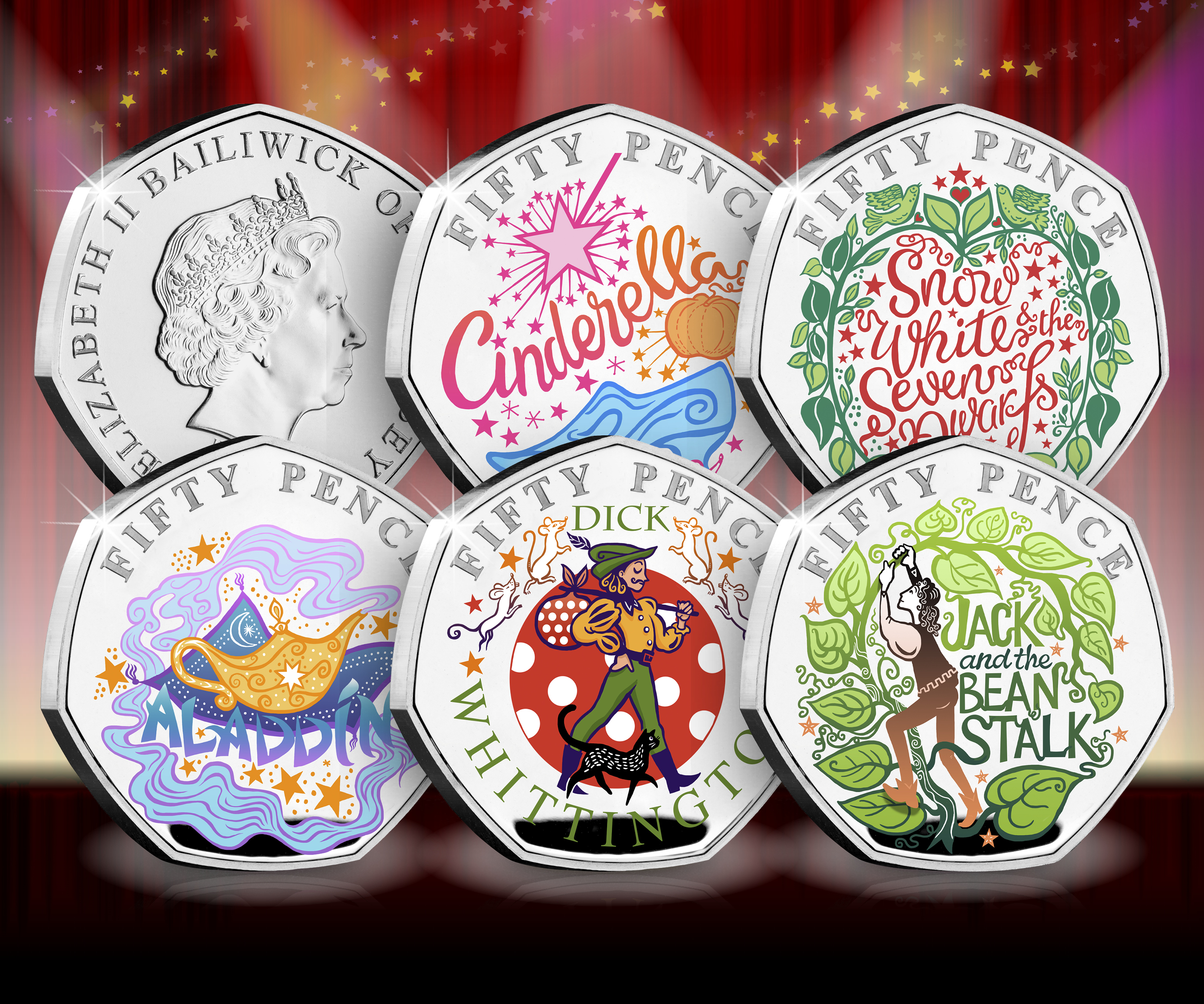 This is because they're not made by the Royal Mint, even though coins made in the UK can be spent on the British Isles.

If you are thinking of buying a set today you'll need to factor in the £3.99 delivery costs for the silver set. The firm expects to dispatch all orders by October 10.

Postage costs £4.99 for the colour versions and all of these orders should be dispatched by October 14.

You won't want to hang around though as there are only 2,019 available – the commemorative Gruffalo coins sold out in a day even though there were 25,000 of them.

A rare Falkland Islands 50p coins featuring a penguin recently sold for £114 on eBay thanks to a subtle blunder.

Think your change is worth a mint? Here, we've put together a round up of the rarest and most valuable error coins.