Founded during Roman times, Florence has for centuries been a hub of commerce.

At its center: the Duomo Cathedral and the Ponte Vecchio bridge, built in the 14th century. It was the only bridge in Florence to survive Hitler’s bombing in World War II in 1944. It’s said to have been deemed too beautiful to destroy. 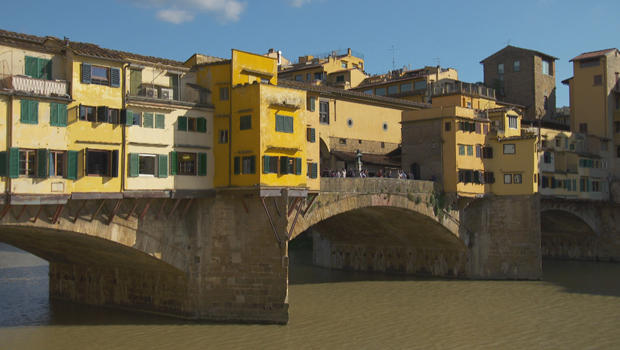 And then, starting in the 1400s, under the Medici family, Florence gave rise to the Renaissance. Today, their Pitti Palace features 20,000 works from that era, including 11 alone from the master Raphael. 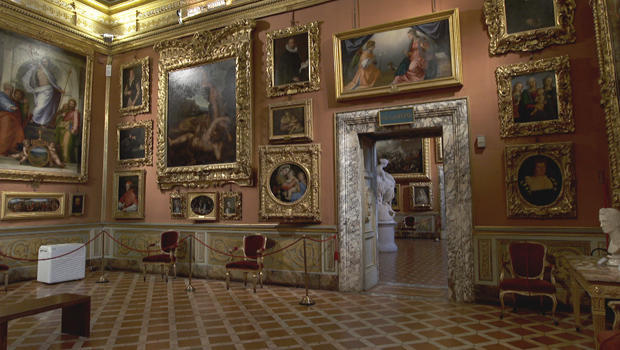 Leonardo da Vinci got his start in Florence, as did Michelangelo, whose sculptures adorn the Medici family chapel.

He is buried at the Basilica of Santa Croce, as is the writer Machiavelli, and Galileo, the trailblazing astronomer.

Another Florentine great, explorer Amerigo Vespucci, gave his name to the Americas. 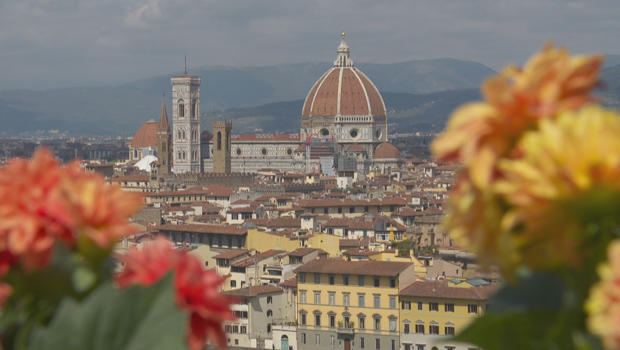 In 1966, a flood swept through the the city, killing dozens and endangering monuments and artworks.

A plaque marks the high-water mark, some sixteen feet above street level.