Foot fetish model, 33, claims she earns nearly £100,000 a year by selling her UNWASHED socks and trainers to ‘fans’

A young woman working as a foot fetish model has revealed that she earns almost £100,000 a year by selling used socks and trainers to her fans.

The property-investor decided to set up an Instagram page to see how true the interest in her feet was, and after reaching over 10,000 followers in a month decided to listen to her ‘fans’.

Roxy, from London, then started selling shoes and socks on her social media accounts for £20 per pair of socks, and £200 for shoes. 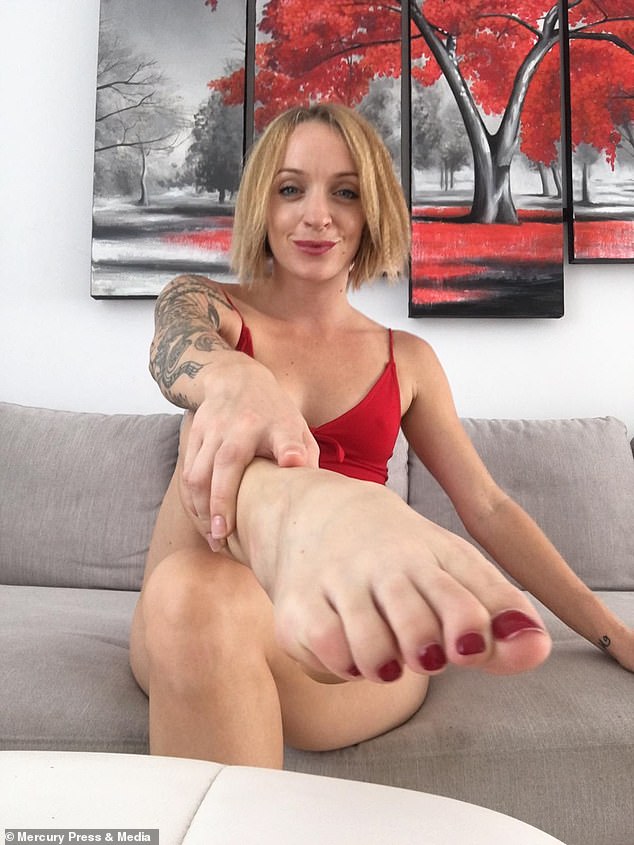 Roxy Sykes works as a foot fetish model earning up to £8,000 a month selling her used trainers and socks online

Having been in the business for four years now, Roxy claims she can earn up to £8,000 in a busy month.

Roxy said: ‘After being told by a colleague that I had beautiful feet, I was convinced to set up a social media account to show them off.

‘But it wasn’t until I started getting thousands of followers and messages about selling used items that I realised I could profit from it.

‘I didn’t show my face or anything at first, so I knew people were just interested in me for my feet, so it didn’t feel too personal. 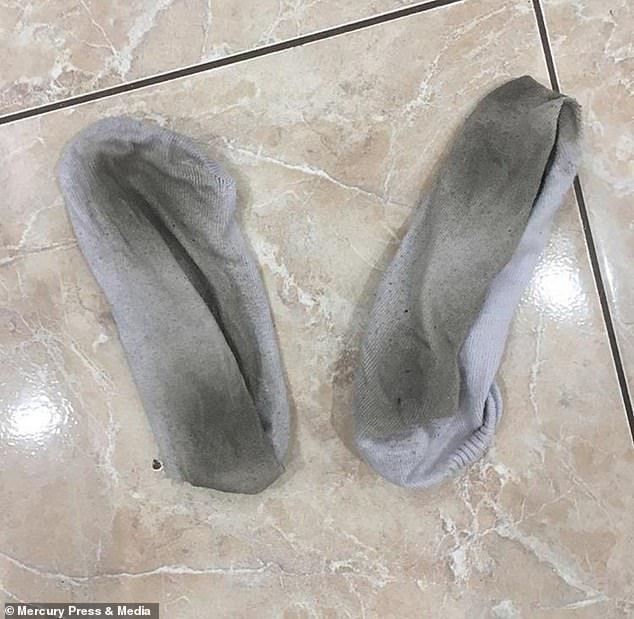 The property-investor says that her used socks, such as the ones seen here, can sell for around  £20 a pair 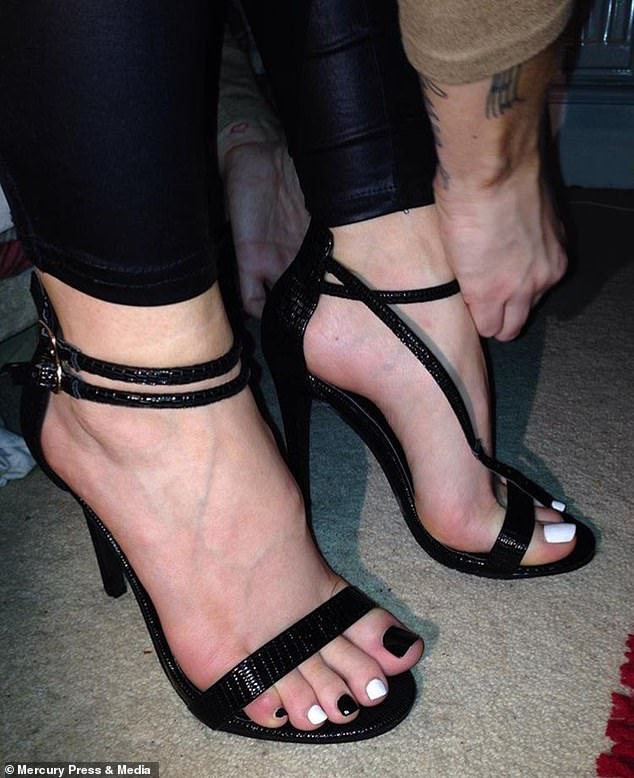 She set up her own foot fetish Instagram account after she received several compliments on her feet  and amassed over 10,000 followers in just one month

‘But when I started selling I got a real buzz from it, and realised just how much I could make from selling shoes and socks from time to time.

‘I realised how much money I could truly make on my busiest month, where I saw over £8000 come in just for videos, socks and shoes.

‘Now I can never see myself stopping this – however old I get my feet will always be able to make me money!’

After initially starting up her side project as just a social media account, Roxy knew she had to progress further if she wanted to keep up with the competition. 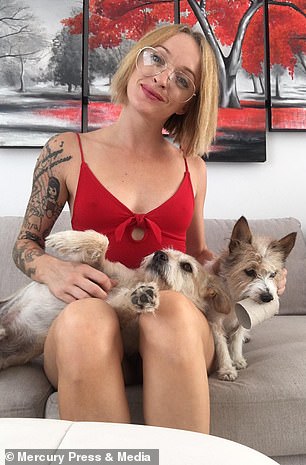 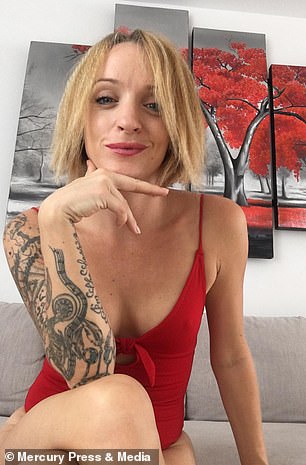 Roxy now boasts over 50,000 followers and regularly shares saucy snaps with her fans 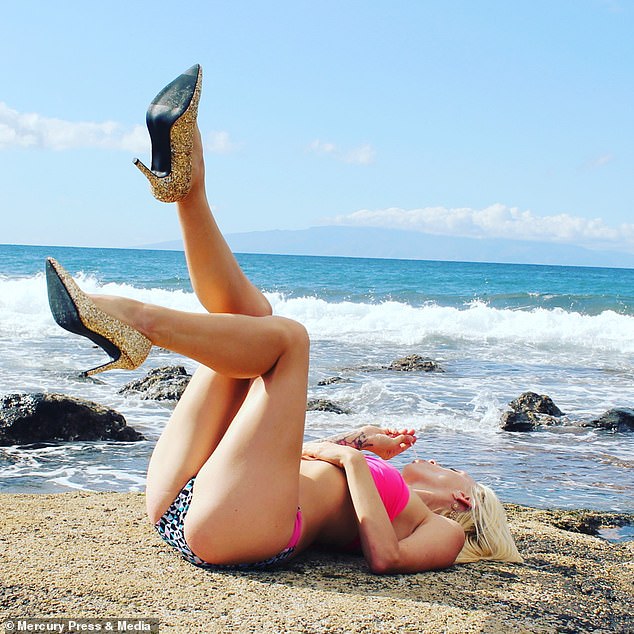 She said: ‘Posting photos and videos of my feet was all well and good, but people always wanted more and wanted to physically own something to do with my feet.

‘I would be in business meetings, taking photos of my feet under the table, and getting an influx of messages by the hour asking if they could buy anything.

‘So I moved my business onto different websites, as well as just social media, and suddenly started making £2000 a week from just one website alone. 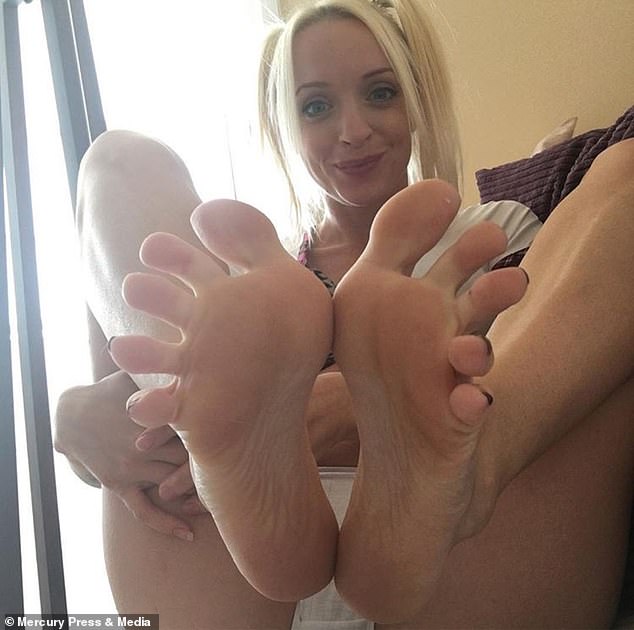 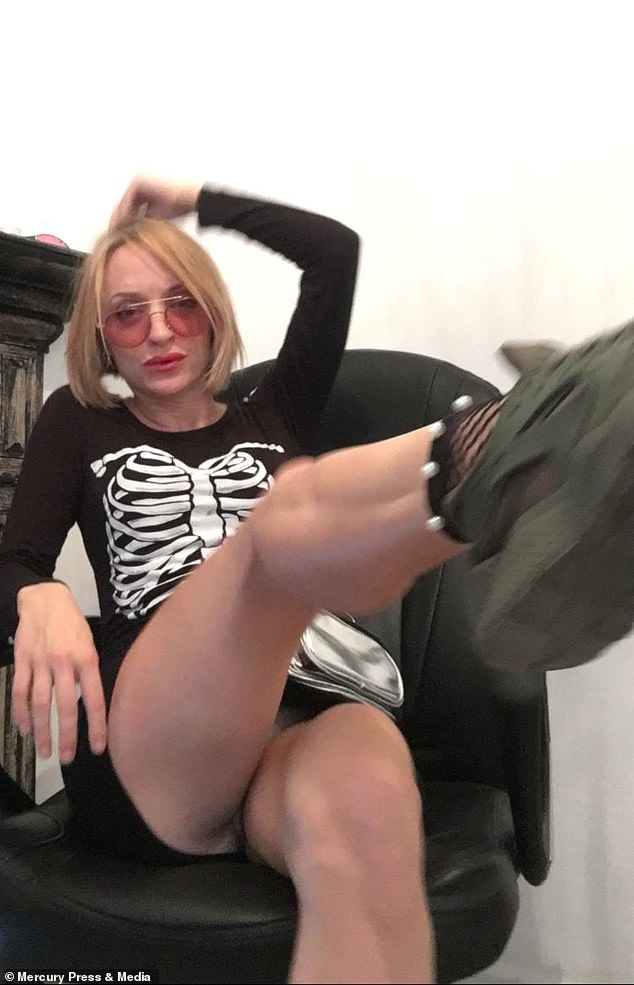 ‘Then a single video of even me just wiggling my toes would make £100, so I was really raking in a lot of money.’

Roxy has also created an Amazon Wish List where her followers can buy items on the list as a gift for her.

Despite the industry sometimes being frowned upon and retaining a lot of stigma, Roxy claims that she loves the buzz she gets from the fetish industry.

She said: ‘I really like what I do, and I think that’s because I really got desensitized from it and saw it as work.

‘I have never had any trouble getting into relationships because of what I do, and my friends and family are on board with what I do.

‘It’s great to be able to get home from a normal working day to know I can make a bit of extra money from a photo of my feet. 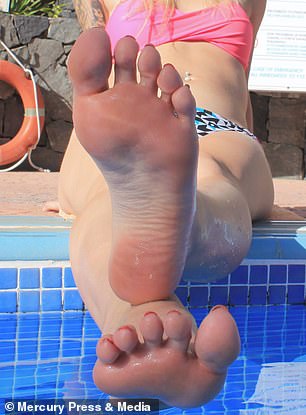 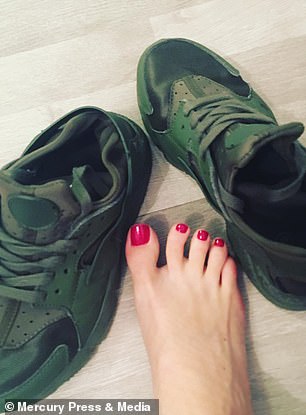 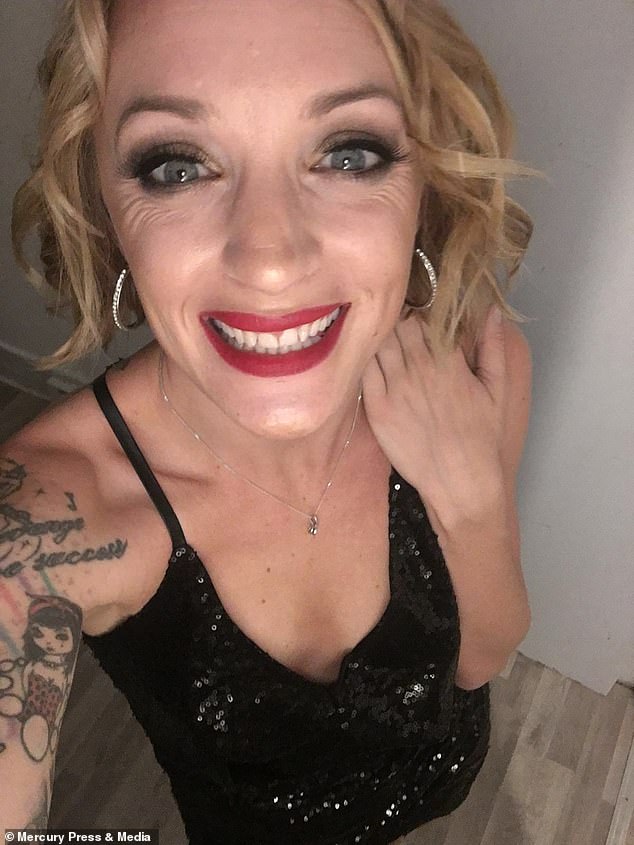 Alongside setting up her own business, Roxy has helped to mentor fellow fetish models

‘I know it’s something I will never stop doing – the money is so good and it’s so easy, there’s no reason I would!’

Alongside setting up her own business, Roxy has helped to mentor fellow fetish models.

She said: ‘I have started to train different models in how to get into the fetish industry and make money like I am.

‘It’s great to be able to help others and teach people my apparent ‘talent’ so that they can follow what I do.

‘It’s also amazing to see people’s confidence grow when they make these videos and start to earn money from something like a pair of socks.

‘Working as a team together also helps to beat the stigma and make the industry less frowned upon.’