A start-up mind-set is proving increasingly pivotal as the fashion industry battles the economic downturn due to the COVID-19 pandemic.

Following this route, heritage footwear brand Scarosso developed a number of premium collaborations with designers and personalities throughout 2020.

The latest is with Paula Cademartori, the Brazilian-Italian accessory designer who has drawn celebrity fans including Beyoncé, Lady Gaga and Jessica Alba with her label. The capsule collection of women’s shoes will debut on the company’s e-commerce site on Nov. 10.

The collaboration comprises a kitten-heel pointy ballerina style available in 10 different variations of color and materials. Retailing between 250 and 350 euros, each style is embellished with a delicate bow and a plain or rhinestone-encrusted flap.

Marking Breast Cancer Awareness Month in October, Scarosso linked with footwear veteran Brian Atwood, who designed pink and black loafers for men and women emblazoned with the “Pink as F–k” phrase. Part of the proceeds from the sale were donated to the Susan G. Komen Foundation to support the fight against the disease. 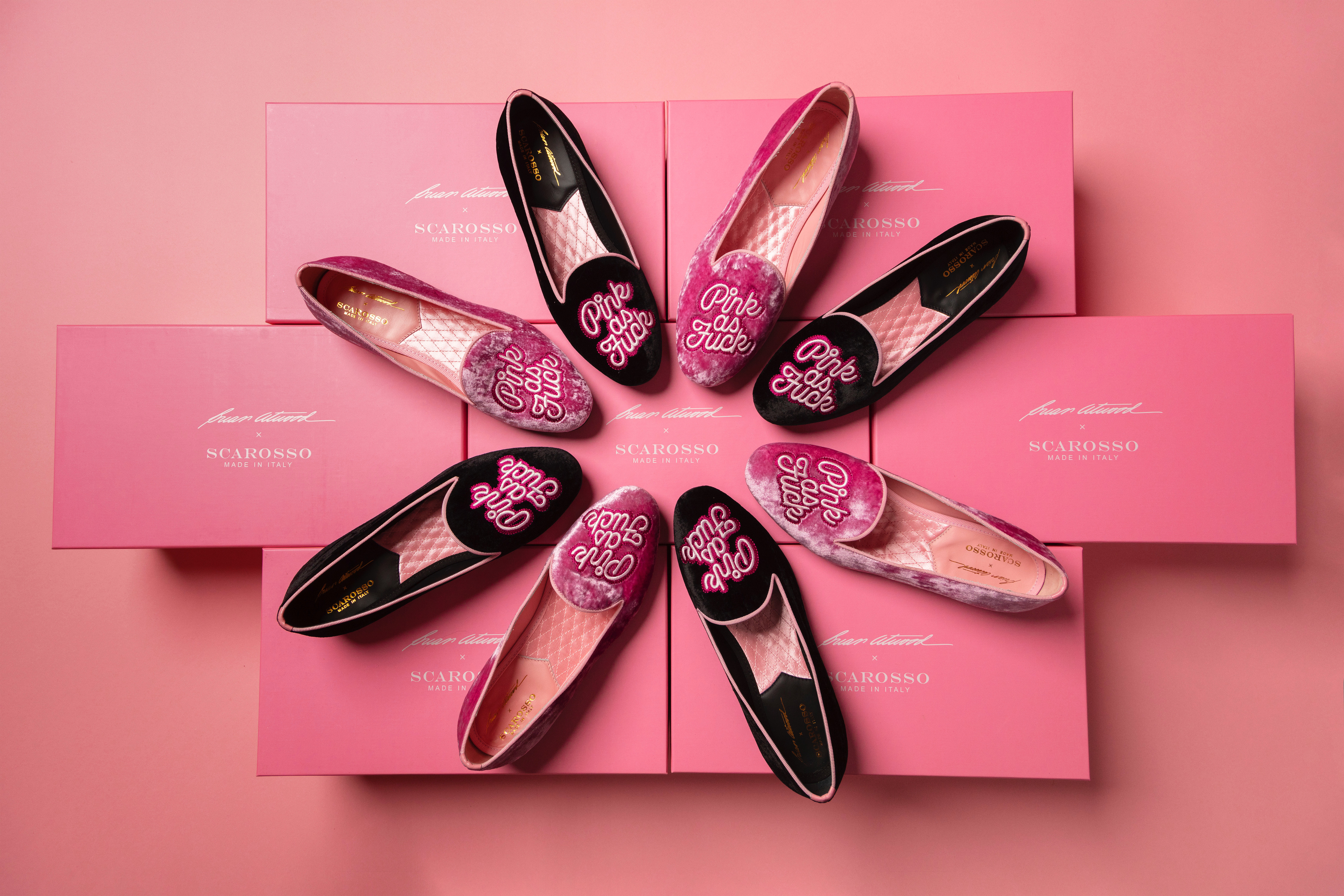 The performance of the first capsules has exceeded expectations, confessed Gabriele Buonaiuto, chief operating officer of the footwear firm, which produces all its style in Montegranaro, Italy.

“Our goal is increasingly that of becoming an incubator for talents who can fully express their creativity. It’s an organic evolution of the brand’s strategy which stems from the friendships we have built with our collaborators, a ‘band of friends,’” said Buonaiuto.

A couple of other tie-ups are to be unveiled in the first six months of 2021, slightly later than originally planned. Buonaiuto acknowledged that such a strategy is pivotal to expand the brand’s reach to new clients and new product categories.

To this end, Scarosso — known especially for its men’s formal shoes that include lace-ups and jodhpur boots — is committed to growing its women’s division, which until now accounted for a small portion of sales, said Gaetano d’Angiulli, business developer at Scarosso.

“When you transition toward the women’s market, you are not only required to market the brand differently but also to secure a supply chain that can satisfy the new needs,” Buonaiuto said, highlighting that the brand wants to provide its female customers with everyday, as well as more special, options. 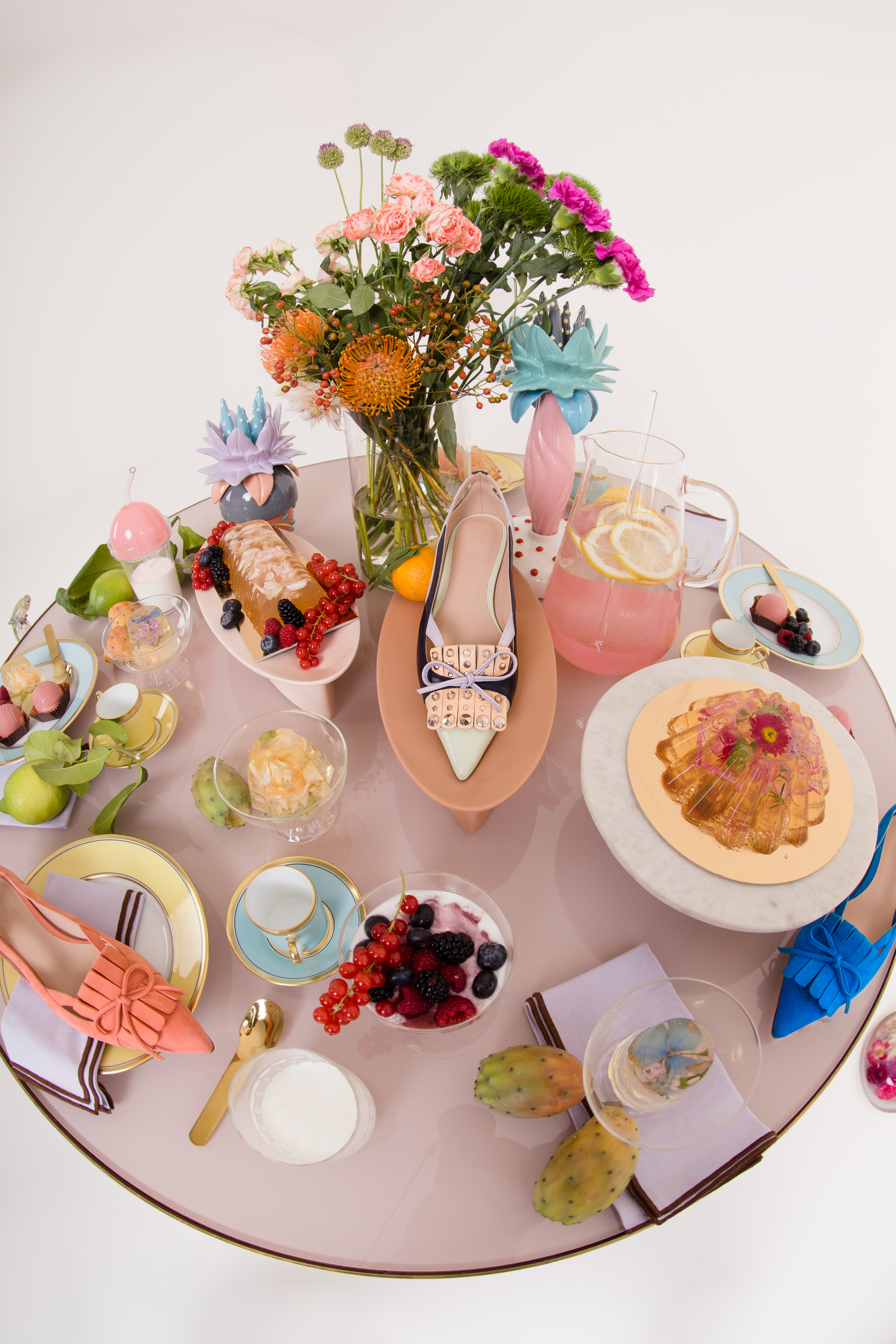 The campaign for the Paula Cademartori x Scarosso capsule collection. Courtesy of Scarosso.

As a direct-to-consumer brand, experimentation combined with the preservation of the company’s know-how and heritage are key, the two executives explained. Buonaiuto noted that the decision to go d-to-c was spurred by the company’s economics and value proposition.

“We want to democratize the footwear market, so to become the go-to brand for contemporary and well-made shoes without having to pay the same prices other competitors often ask,” Buonaiuto noted, citing Scarosso’s nimbler distribution strategy.

“We’re also open to experiment with wholesale partners in the future, but we haven’t found one that could help us grow the segment profitably and sustainably enough,” he said.

“We made a name for ourselves delivering high-quality shoes at an accessible price,” added d’Angiulli. “This has helped us to secure a group of loyal customers that do not want to buy more, but buy better,” he added. The e-shop, said Buonaiuto, has been performing well also as Italy and other countries were locked down last spring.

“We’ve been banking on digitalization for several years now and that division has been accelerating even more as the pandemic spread,” the coo said.

Scarosso currently generates the bulk of its revenues in Germany and Austria, where the brand has been successful since its launch. The U.K., Italy and France are also important markets and ones where the company is investing in digital campaigns.

Buonaiuto said the U.S. has been growing steadily — in the triple-digit region — for the last three years and added that the two former collaborations with Atwood and Hranek sustained business in the region.

Capitalizing on increased organic demand from Russia and China — despite challenges in those countries dictated by the language and time zone gaps, as well as by the need to tap into different digital platforms and social media — the two markets both represent growth avenues to bank on, he concluded.